Is there a way to bind a key or yoke button to disengage the ‘gate’ for Beta range? As using the mouse is a pain because you have to ‘look’ away from the windshield which is distracting when landing.
Cheers all.

This should get you there… 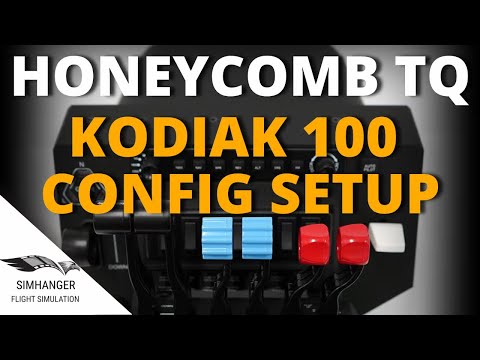 I have it assigned to a button on my Alpha yoke ‘Decrease Throttle’. To engage I just press and hold for a few seconds. To disengage, just move the throttle forward a little

Cheers lads that sussed it! I have crusty old but faithful CH Eclipse Pro and just mapped a button on it to ‘Reverse thrusters’ and it ‘snaps’ into the Beta range.

Curious if anyone has found a way to change the throttle mappings to enable control over where the throttle actually is in the beta range? With the setup shown in the video above, my throttle immediately goes to max reverse/beta and there’s no way to move it within that range without using the mouse.

This worked for my Logitech throttle quadrants also. The exact settings / setup he used in the video for the Bravo throttle work for the Logitech 3 lever quadrants. Thanks for posting.

Excellent. The Kodiak is probably the best aircraft release so far tbh.

I used this video a few days ago as well, for my Bravo, it works quite well.

So, if you want to have control over the beta range axis, you have 3 options:

Otherwise its the ‘Decrease Throttle’ action which will give you full beta. Which frankly is all I want when landing on a short strip. I used to use the method above before SU7, but I found it very iffy on my TQ - sometimes the toggle would not engage which was always serious in a 747… Now I know I am for certain going to get reverse thrust once I drop my throttle through the detent into the Z button position.

Thanks for the reply! I did recently update to the beta and used your second bullet above to fix it, as also mentioned here by another guy: Kodiak 100 and Honeycomb Bravo - #7 by ShakerKitty10