I’ve tried following all the optimization guides out there, but nothing improves my experience.

I am in pretty much the 1% of PC gamers in terms of hardware with a 5800X CPU and RTX 3080, and the performance I am getting in FS VR is downright embarrassingly bad and completely UNPLAYABLE.

I am using an HTC Vive, which has an extremely low resolution. I’ve followed so many guides for which settings to turn up or down. I am completely unable to fly in even a remote location with a stable framerate.

When I look at fpsVR (reports CPU/GPU usage, FPS, frametimes and drops etc) my frames are at minimum 50% dropped frames (red spikes in the graph), with the GPU only ~60% load. with the FPS swinging wildly from 0 to 40 CONSTANTLY.

If I run the game at anything other than 100% resolution scaling, which in an HTC Vive is really ■■■■ all, excuse my french, it is utterly impossible for me to read a single thing in the cockpit, so I have to run it at that. I’ve tried 80, 70, and it has a completely negligible effect on the performance with the added benefit of everything being a blurry, unreadable mess.

I could live with a solid 30 FPS while being able to read the cockpit, but the fact of the matter it is completely impossible for me to attain it.

When I see people posting their settings and FPS claims with much worse hardware than I have, while seemingly getting much better performance, and with higher resolution VR headsets (like Rift S, Q2 or G2), I am honestly dumbfounded and can’t help but not believe anyone who is claiming as such.

I see people posting videos like this, https://www.youtube.com/watch?v=jReDq1ingXI which must be complete nonsense, and the video is even unclear as to what he is telling you to do.

Are you able to change which OpenXR runtime any headset uses, or is he telling you to make sure you are using the correct one? When I look in the SteamVR settings screen, it tells me it is using the SteamVR OpenXR runtime. Is he saying people should be using the WindowsMR no matter which platform?

I built this PC almost for the entire purpose of playing Flight Simulator 2020. In desktop mode it is fantastic and beyond acceptable performance, but I built this PC to play VR Sims. In VR it is an absolute ■■■■■■■ mess and Asobo should never have released it in such a state.

I am doing a lot of ranting here so forgive me for that, because all I want to do is play my dream game in VR, and it’s just not possible, despite all these other people with inferior hardware claiming a much better experience than me. I just simply don’t believe them.

Hey, please use one of the existing topics to avoid double postings.

Did you check, that your MB and your CPU is capable of running a 4000MHz RAM? 32GB is more then enough, RAM speed is important, but the main problem atm., is that the multithreading of MSFS isn’t really using all cores. I think this RAM will not help you, you will maybe gain 2 or 4 FPS, but only if the rest of your hardware is compatible with a 4000MHz RAM stick.

Did some testing @Aerosoft EDDK and some other scenarios. GPU is using only about 30 to 60%, lowering graphics, changing Nvidia Settings, etc. doesn´t help. It seems, that something is blocking the GPU usage. Ofc, there is the “Limited by Main thread” thing, which is still one blocking factor. I can use the settings preset “Low” and I am still sitting at 25 to 30 FPS. VRAM is used at max. 8GB. The micro stutters also increased and they are getting longer and more noticeable. Pre update, I hadn´…

Also try to use the Search Function.

Most of us have no issues, so no need to put blame on devs.
Perhaps your settings are the issue, your pc config etc…

There is an nVidia driver issue affecting the newer drivers and they are the only option for the 3000 series sadly:

I got a lot of improvement disabling HAGS, disabling motion smoothing and setting VSYNC in the nVidia control panel to FAST and triple buffering to enabled. Maybe you can find some improvement there.

But until nVidia fixes the driver issue we might have issues with our newer nVidia cards.

@Greekanadian Yassou (if your pseudo is telling me anything

You might want to start reading this, it might help you (or not but it seems it is really helping a lot of people):

And specifically about NVidia drivers:

I understand your skepticism and I’m preparing the article for “My VR Settings - G2” soon. In the meantime, I’ve tried capturing what I do get with the G2 which you might find interesting:

I went to monitor the frame-drop thing in the SteamVR dashboard and yes, I am getting dropped frames, but it’s 1 frame here and there. It doesn’t account for 50%+ dropped frames I get in FS2020.

I am not using hardware accelerated scheduling because it creates more problems than it solves, and have never been using it in the first place.

Motion Smoothing is a complete disaster in FS2020, making it a smudgy, blurry, distorted mess (especially around the propeller), so I have not been using that either.

I will try VSYNC setting, though I usually have it disabled all the time.

Just a thought, do you have other flight sims on your computer? If so, how do they perform in VR with your hardware configuration? None of the sims is really utilising the threads completely, so I would imagine similar issues if there are issues with your hardware.

Just posting to let you know that I am in the exact same boat. The only difference is that I use an RTX 3070, which should be more than enough. I get 50-75% reprojection, no matter what settings I use. Everyone who says the game runs well for them, they have no clue what they’re talking about. People just don’t have any standards anymore. A game runs well in VR if it can maintain a minimum of 90 fps, without any form of reprojection. Anything below that should be considered a failure. People who say it runs well are straight up braindead I don’t know how else to explain it. They see the game running at 30 fps and go “yep it’s smooth for me”.

I legit saw a video on youtube of a guy with an RTX 3090 and a 9900k overclocked to a whopping 5.0 GHz. The game ran on average 25-40 fps for him, with constant reprojection. Yet he was so amazed by the game and how smooth it was for him, constantly praising the game etc. It makes me think I’m taking crazy pills. I realized I’m not, and people just don’t know what the hell they’re talking about. It’s almost like nobody has ever played any other VR game, because if they had, they would know that the performance in MSFS 2020 is absolutely atrocious and isn’t acceptable on any level at all.

I’ll get blitzed for saying this, I can tell you already, but AMD for work, Intel for play. I got a completely jacked AMD setup for P3D about 2 years ago, and it ran that sim like garbage. I tried everything, nothing helped. Went and bought an Intel/nVidia rig and switched the Ryzen rig to my work PC, problem solved. Still using it 2 years later and it’s running MSFS like a dream.

The PC “experts” will tell you I’m wrong, experience tells me I’m right. I would never get an AMD processor for gaming.

A good title helps other users find your topic and encourages them to join in the conversation. Topic titles must be concise and clearly outline the purpose of your discussion.

Please alter your topic title. You can do this by clicking the pencil icon next to the topic title.

Perhaps try giving us some numbers so we can understand what “like a dream” means for you. Post a video on youtube with realtime benchmarks, otherwise I just don’t believe you. Or said in a different way, I do believe that you believe it runs well, but your definition of “well” could very easily be “horrible” to other people.

I couldn’t possibly care less about benchmarks. I’ve never checked my FPS in MSFS and I never will.

I have no clue what you’re trying to tell me with that post. None of what you linked has anything to do with VR in MSFS.

The PC “experts” will tell you I’m wrong, experience tells me I’m right. I would never get an AMD processor for gaming.

The PC experts are right, what they are probably not all telling though is that Intel is supposedly (historically) better than AMD single core, but AMD is better than Intel multi-core. In other words, if it is for flight simulation known to run mostly on 1 core, you rather use an Intel, otherwise, use an AMD!

I am considering this, my 5800X has been a nightmare since I received it. It doesn’t boost properly and causes my system to BSOD constantly. I had to set a VCORE voltage offset in the BIOS, which I’m not entirely sure what it EXACTLY does other than limits the power consumption on the top end of its boost range. Doing this has made my system stable as far as I can tell. Before doing that I could load up practically any game and it would BSOD within 10 minutes.

I have it in a stable state right now, but I have already requested an RMA but waiting to hear from AMD.

If I do end up getting rid of it, I will buy a 10850K for slightly less performance in FS2020, 2 more cores, for less money. Only thing is that cost savings is negated by extremely expensive motherboards. I need an mATX board and basically the only one available capable of overclocking (which I don’t actually really care to do, so I might find a non-K variant) costs $300 CAD.

This is kind of last resort though. I would prefer to keep my Ryzen CPU provided it actually works properly. 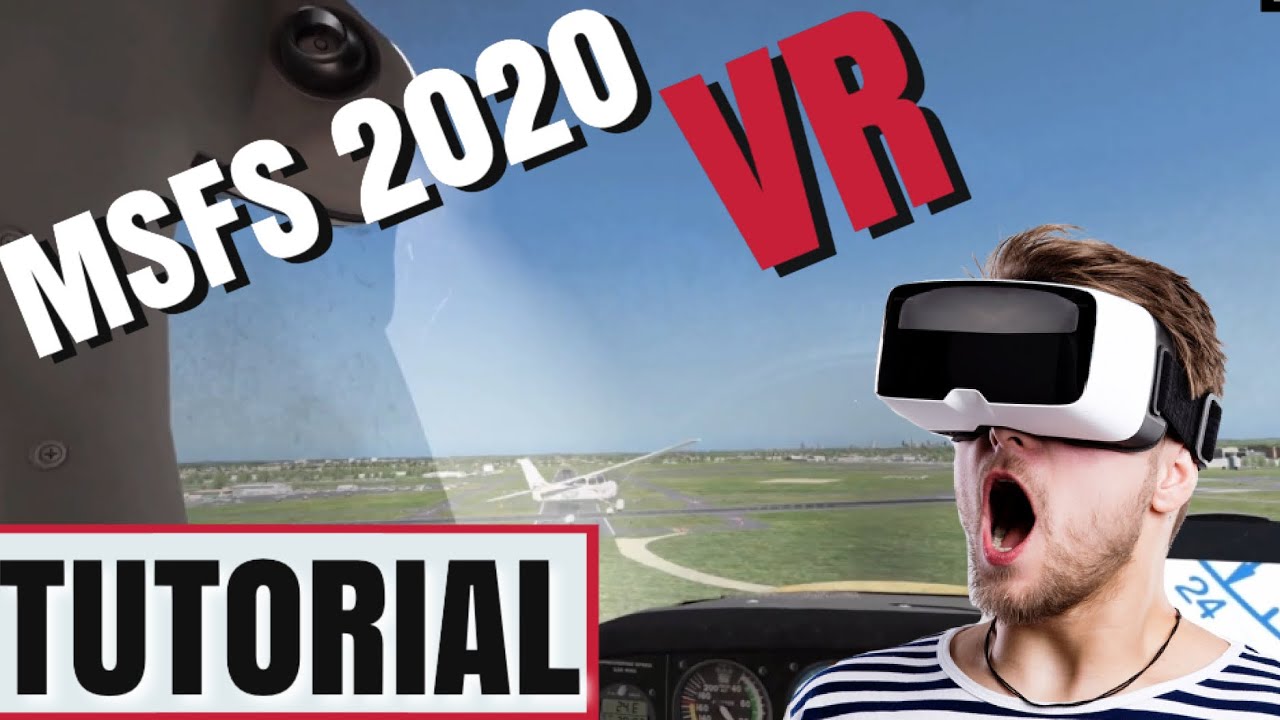 I just setup my system according to this guide to the letter, and will test shortly.

I thought they were the same thing, but compound on top of each other?

For example if you have both set to 100%, then the render scale is 100%. But if they are both something over 100%, those values will combine into a larger render scale.

I noticed in your guide you referred to the overall setting as “100% TAA” and the per-game setting to “resolution.” I may be wrong here, but don’t these sliders do exactly the same thing, except one is a global value and the other is specific to the game?

I don’t think your explanation of this setting is accurate…based on what I thought I knew anyway.

It is all detailed in the discussion, like for example:

I didn’t say it did. Reading is fundamental.