The 40th Anniversary Edition is a milestone to the dedication and love that Asobo have put into the game, I wanted to say thank you!

Huge thanks to Asobo, MS, and the community team

Hello, I am in Switzerland and wondering, why the 40th anniversary update isn’t available yet? Do we have to wait until afternoon (CET)? Thanks for responding.

Thank you for this very quick answer…! Greetings from Switzerland.

Check here for major announcements from the MSFS Team.

The 40th Anniversary Edition update will be released at 8am PST (1600Z) on Friday. See this chart for the release time in various different global cities. The size of the update will be about 22 GiB (for Premium Deluxe) and users will require 40 GiB of free space. Release notes will be made available at launch time, as will an update to our Known Issues list.

I believe so, as in that will be the only Default Study-Level airliner. We have study level GA aircraft, like the PC-6 for example.

Any idea when the update will release? Mid day? 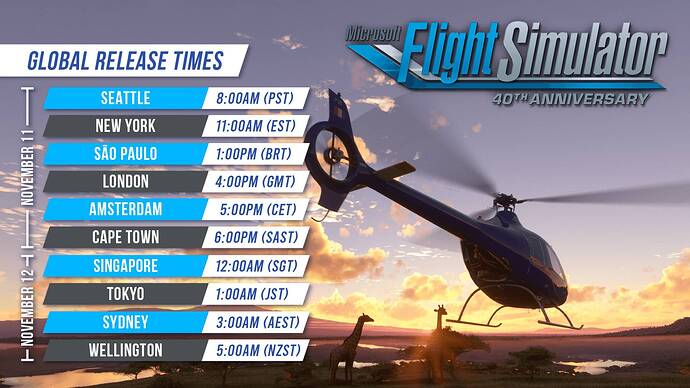 …which is 3rd party, I guess? Cause none of the crafts in either version of FS is study level right? Just got the PDMG 737-600. Hard learn, but I love it (its mostlly the FMC that distresses me, so its more an generall issue). Tried the FBW32NX but the loadingtimes was too long, and it almost felt “too” modern for me. The A310 might be the step back I need to get involved in Airbus. A little rougher maybe. But probably even harder to learn than the more modern A320NG.

EDIT. Wow, the PC-6 actually is study level. How could I miss that?

Well, the A310 is built by iniBuilds, so technically it is a third-party aircraft, however it will be free to all users as a default aircraft. I guess wether it is Third Party or not is whatever someone fancies!

As a friendly reminder, those players who are taking part in the optional SU11 beta test will be migrated to the new release build approximately one hour after it goes live.
MSFS Team

So do i have to opt out in steam before starting the update or just leave it as beta stage and overwrite it?

Born January 1, 1953 Bruce is an American software engineer. He is the creator of the first consumer flight simulator software. He founded Sublogic after graduating from the University of Illinois at Urban in 1977, and released the first version of Flight Simulator for the Apple II in 1979. His original software was purchased by Microsoft in 1982 and became Microsoft Flight Simulator 1.0. Cheers Bruce! 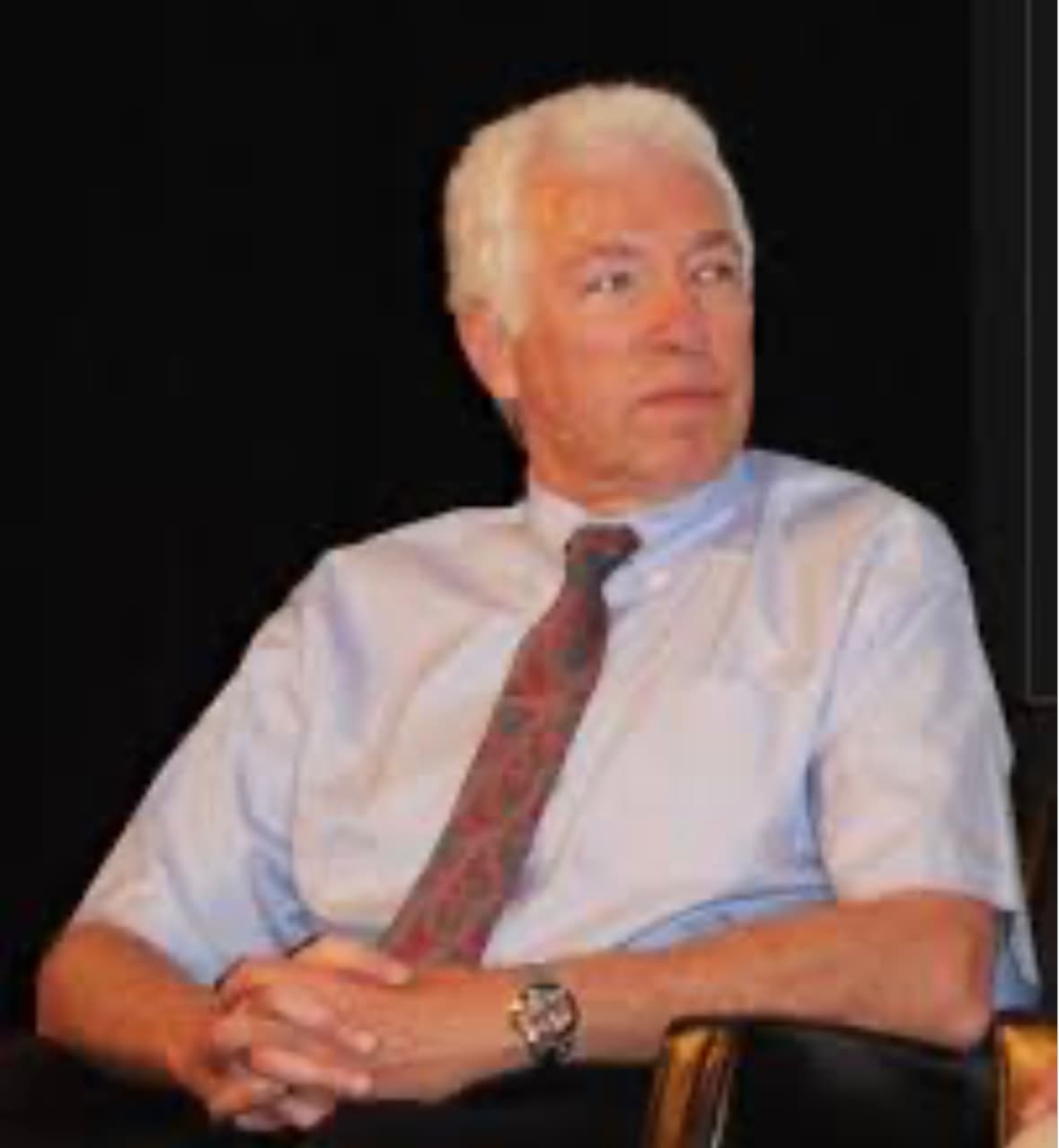 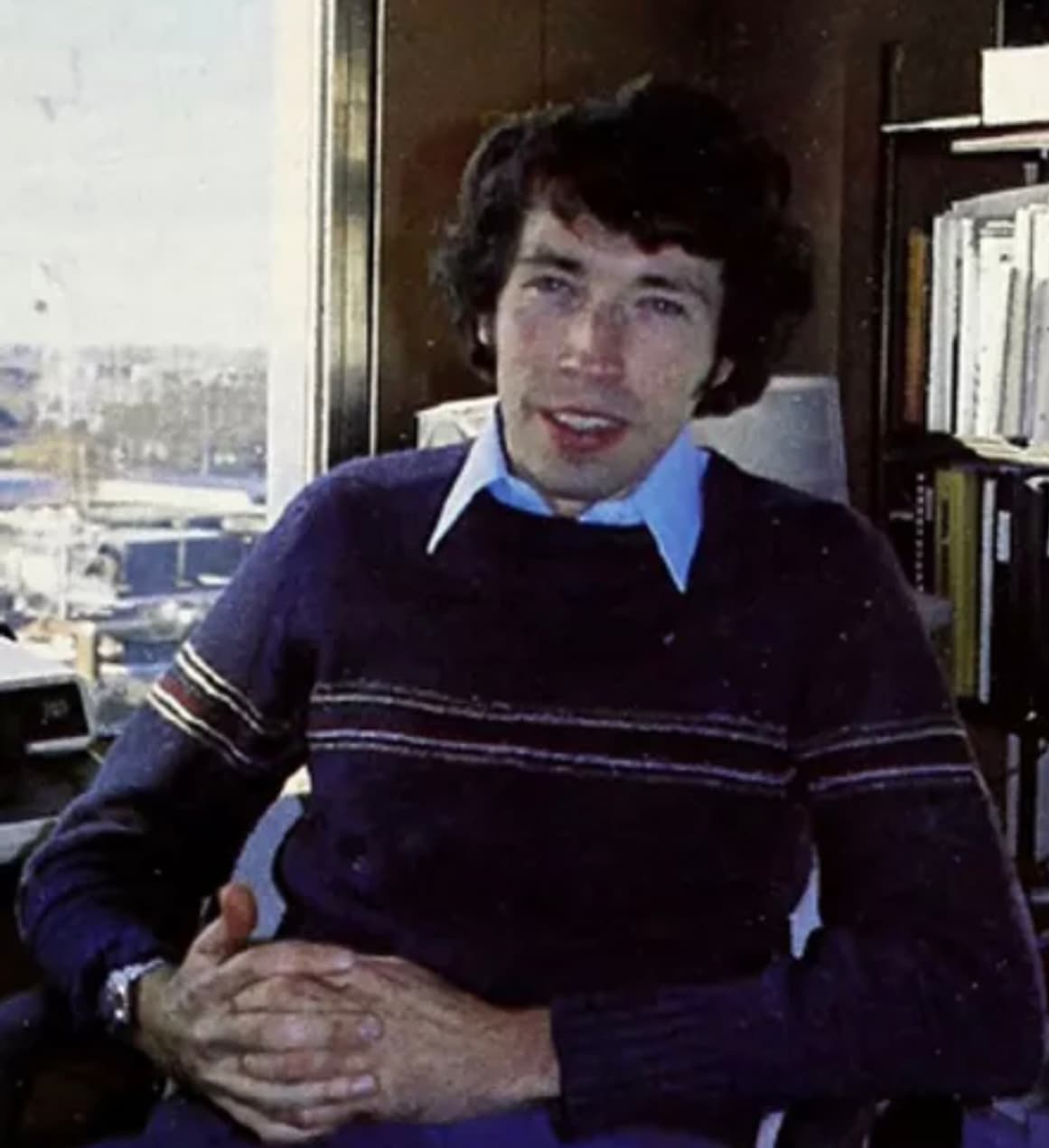 I did not know the first version was for the Apple II, the computer I used to teach my dad to type!

What a flight it has been. Here’s to another 40 years!

4pm UK. Cool. I finish work 5:30, the missus goes to work away until around midday Sunday. COMEON!!

You’d think they would just go with UTC

I too am looking forward to the DC3, flew many sim hours in FSX with the Manfred Jahn freeware version. If this one is at least as good then I will be happy.

Big congratulations to Microsoft on 40 years of flight simming! Looking forward to the update and learning all the great planes that come with it.

So do i have to opt out in steam before starting the update or just leave it as beta stage and overwrite it?

There’s no need to opt out of the beta on Steam. Approximately one hour after the 40th Anniversary Edition launches, all beta participants will receive the update. If you remain opted in, you will automatically receive the SU12 beta build when it is released in the future. If you choose to opt out, you will remain on SU11.

You’d think they would just go with UTC

FWIW, I had that exact same feedback when I saw that release time graphic, but we’re following the standards that are used for all major Xbox product releases.