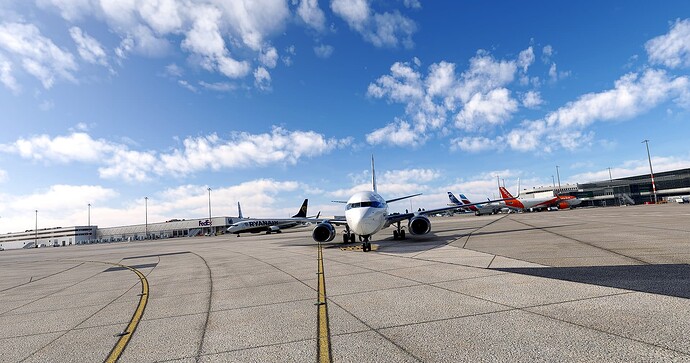 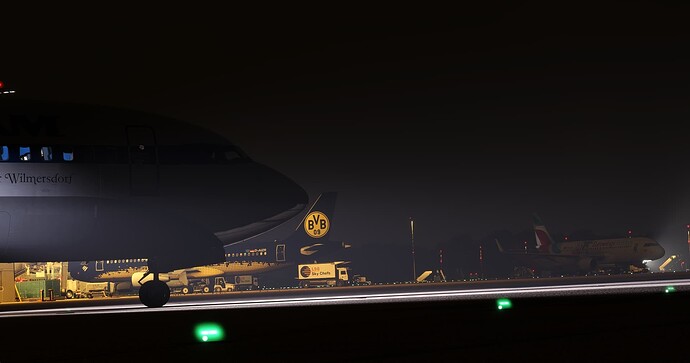 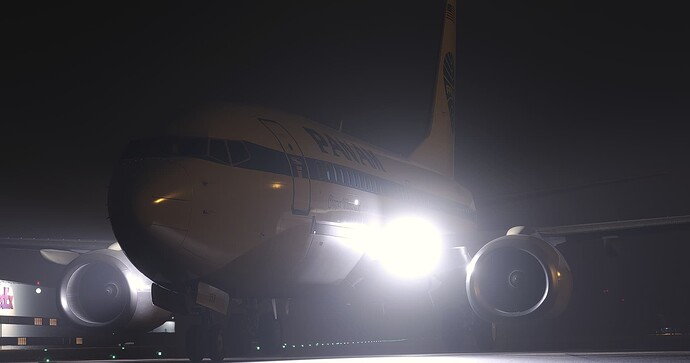 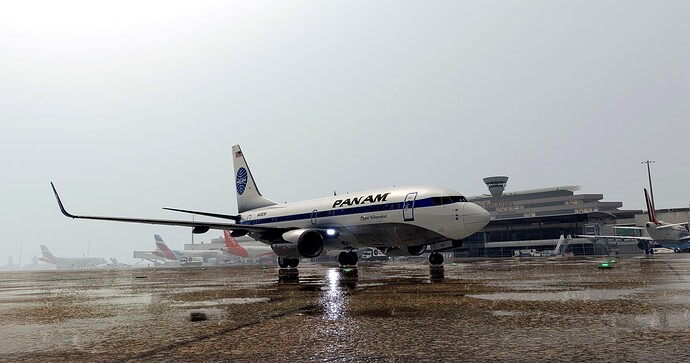 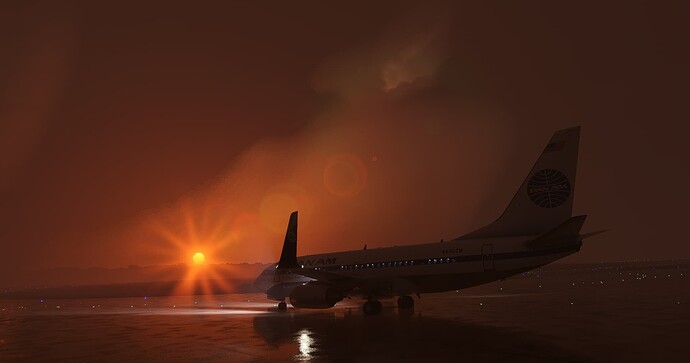 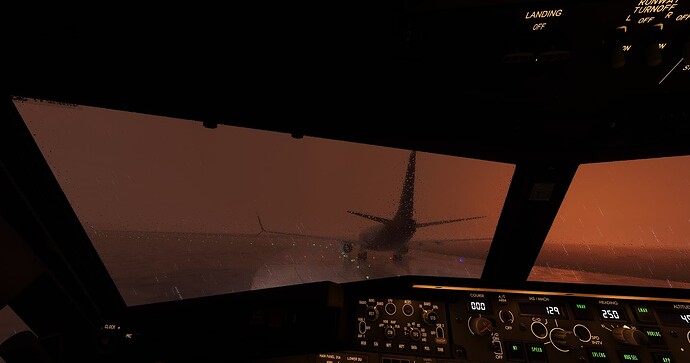 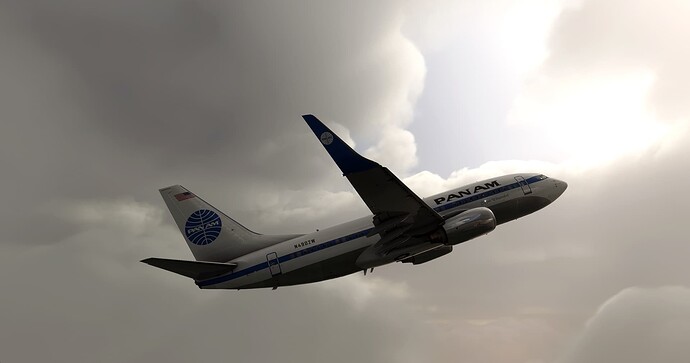 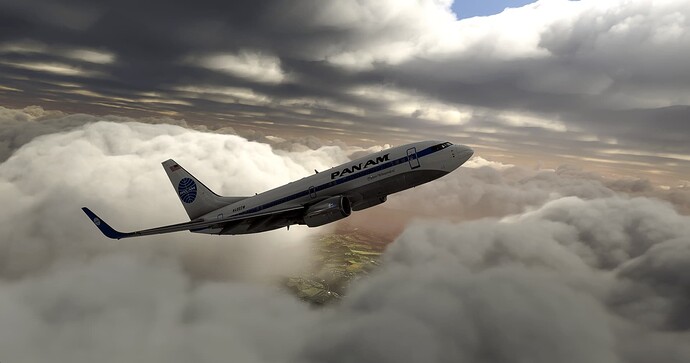 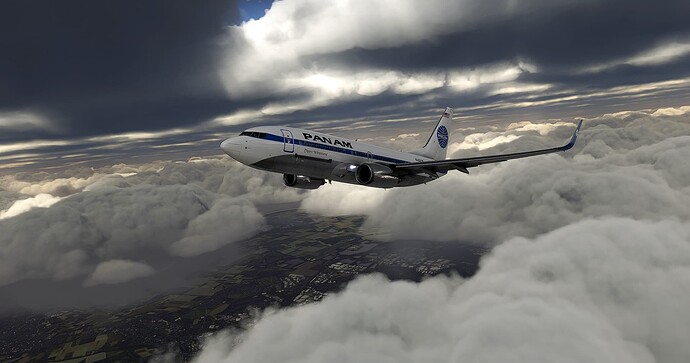 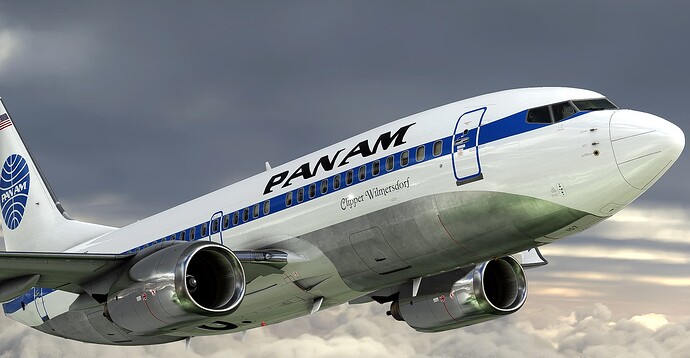 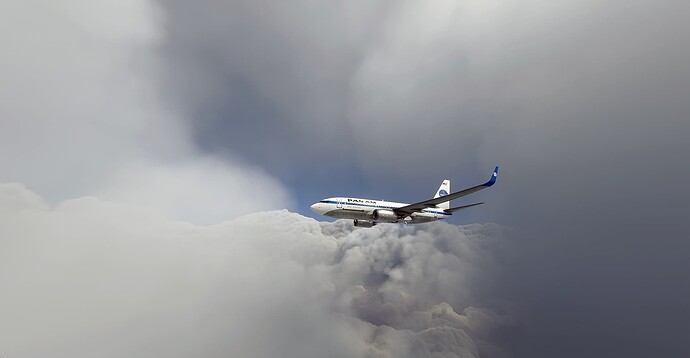 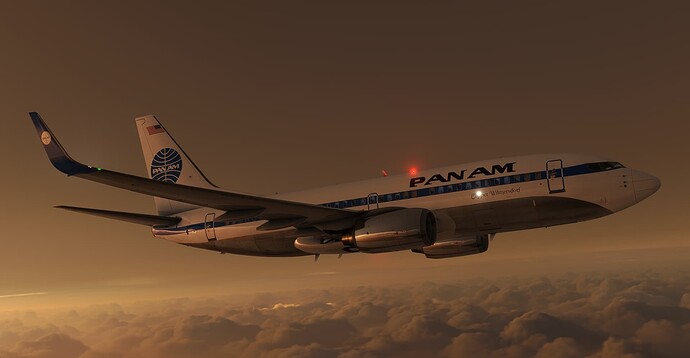 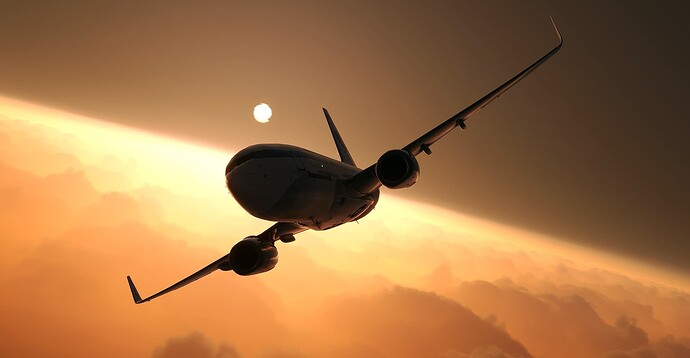 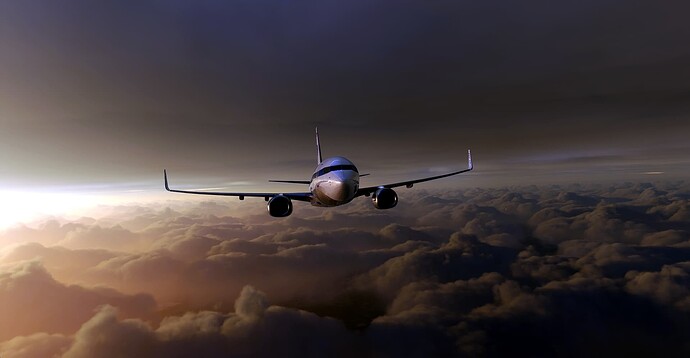 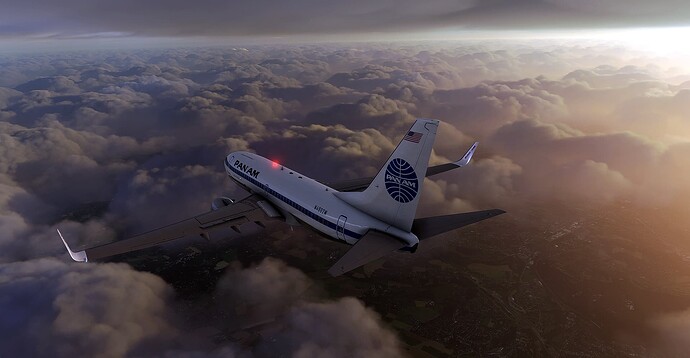 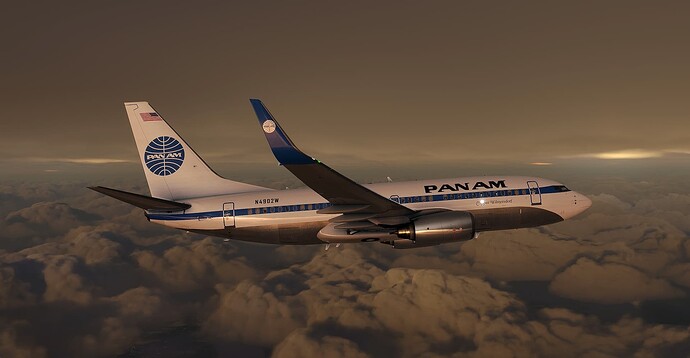 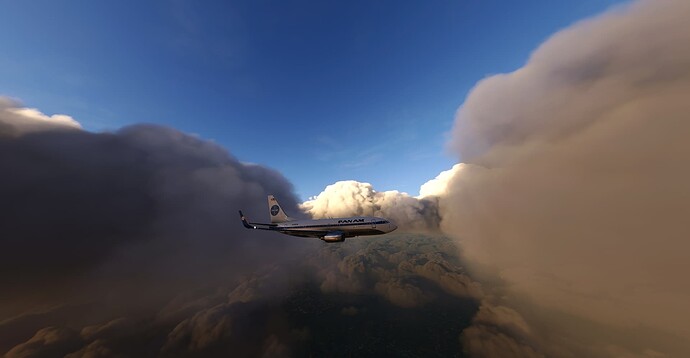 That PanAm livery looks cool, like it was from 1950.

During this era the Boeing 737 had two propellers instead of turbines, 20 passenger seats made of crocodile leather, and a crew of ten stewardesses two cooks one entertainer one clown and two on-board engineers supporting the pilots.