Cairo to Cape in a luxury xlow-flying amphibian - 35 years ago this was the hottest thing in posh air travel, small wonder Bill Gates did it too: 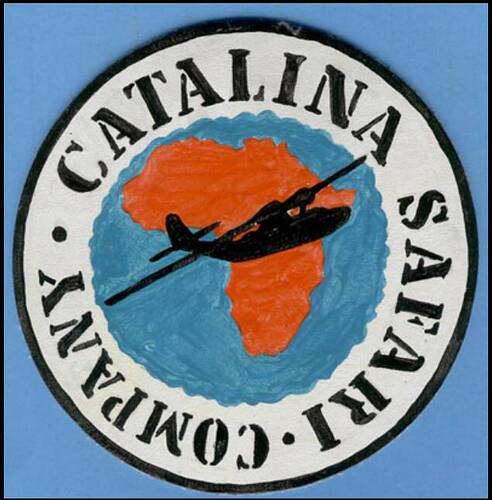 We do the same for a week, however with cheaper booze and a Baby Cat (say free Grumman Goose), but on a more interesting route: along the East African Rift Valley.

Stay low, watch out for anything special and stray off-course if needed.
For the Goose airstrips are just for fuel - and often “life weather” is great.
Always land on lakes (there will be plenty) to swim with the crocs and go fishing.

We bring the old lady to the starting point, along Kilimanjaro (see pic) - stay tuned.

Hint: You can do the trip with any smaller plane as PLNs apparently need to start/stop at Airports. Our seaplane anchorages at dusk are always close to one - and thats where next morning starts.

Pickup your passengers who have arrived by yacht - it starts beautifully enough in the the Red Sea with flamingos and coral watermarks.
But after landfall we cross into the Afar depression, the hottest place on earth:
volcanos, yellow sulfur-geysirs, emerald boiling lakes, moonscapes, craters.
Moore in Tadjoura harbour for the night. 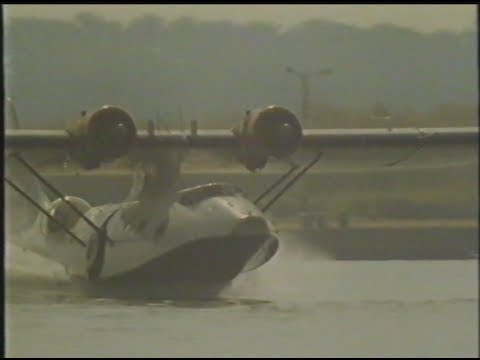 Day 2 Ethiopia
we leave the ocean for good, after some lakes it gets greener finally.
arv2_ethiop.PLN (3.3 KB)

Thru morning rainbows you reach Lake Turkana, the Jade Sea.
Going south, fly along the impressive rift escarpment before checking out Lakes Baringo (Asobo: why are the islands still missing?) & Bogoria. The flamingos have gone and not only in MSFS.
Lake Nakuru has a great NP (see them b&w rhinos?) at its south shore, but we stay overnight at Lake Naivashas Crescent Island harbour.

The flying doctor in the BBC video had quite a history:

Anne Spoerry (13 May 1918 – 2 February 1999) was a French-born physician, based for most of her career in Kenya as a "flying doctor" affiliated with Amref Health Africa. Anne Marie Spoerry was born in Cannes, France, the daughter of Henry Spoerry and Jeanne Schlumberger. Her brother was architect François Spoerry. As a girl she attended the Francis Holland School in London. While she was still in medical school in Paris, she joined the French resistance during World War II. She was arrested in...

Day 4 Tansania
after the start we fly thru the gorge of Hells Gate NP and over Longonot & Suswa volcanos:
arv4_tansan.PLN (4.3 KB)

It gets more arid and there aint no fishing on the next soda lakes. If you are lucky you see an eruption of the Ol Doinyo Lengai, holy mountain of the Massai (pic).
Hopefuly Ngorongoro crater will be populataled in future MSFS-updates with thousands of animals… Lakes Manyara & Burungi are followed by Tarangire NP and the Swaga Swaga Reserve, finally we moore at Lake Sulunga.

The original Afri-Cat ended down under:

A 76-year-old flying boat draws a crowd to Kaitaia airport.

Day 5 Malawi
flying over the endless stretches of several Game Reseves we arrive @ Lake Rukwa. Turn left until you reach its southern tip.
arv5_malawi.PLN (3.0 KB)
Set course for the north end of Lake Malawi and you will overfly Mbeya city and Ngosi Crater Lake.
Lake Malawi: home of the most colourful fishes, great snorkeling - skim along its eastern shore until the super-relaxed Cape McLear Bay hangouts (north of FMWY Monkey Bay).
Sometimes passengers want to stay overnight in the world famous honeymoon suites of near Mumbo Island…
If not - via Liwonde NP we get to the Lake Chilwa anchorage.

Then head west until Cabora Bassa Dam. Its lake stretches for 120 miles west. At its end turn right, from now on follow the bends of the Luangwa river (IFR = I follow river). At the bridge near FLCT Chipata turn left, these NPs are one of the best in Africa - hopefully crowded with animals in the sim soon. Now its a long way via a lake district to the target for tonight, Lake Mweru.

The Last Catalina In South Africa

Day 7 Uganda
After a short hop you reach the longest lake in in the world: L.Tanganyika.
arv7_uganda.PLN (5.7 KB)

Follow it to the bays of Lake Kivu - then find your way between active volcanos via Bwindi jungle (home of the mountain gorillas) to Q.Elisabeth NP and Lake Edward. Along Hippo-rich Kazinga channel (Pic, I hope that the XBox-trailer shows them right there…) towards the Ruwenzori mountains which are normally shrouded in clouds.
Anchor @ north end of Lake Albert in Delta Point Bay.

All Aboard the Incredible Flying Yacht, circa 1950

They don't call it the 'Golden Age of Travel' for nothing. If you thought you were having early symptoms of the pre-summer travel bug, this will surely finish you off. Found deep within LIFE magazine's archives, introducing "the flying yacht"...

right after start you skim famous Murchison Falls (pic) and after unimpressive and endless Lake Kyoga climb along the slopes of mighty Mt. Elgon.

Via Kagamega rainforest reach Kisumu city and break to the big one - Lake Victoria.
Turn hard left, target is the Serengeti with its millions of animals (soon in MSFS

):
after the escarpment fly along the gallery forest of the Mara River (pic) until you reach ultra-posh Serena Lodge where your passengers will stay another week for the best safaris in the world.

A Beautiful Bird, Left to the Desert

The Cat is here!

Thx to these super French Devs, a free WIP conversion (I remember it as a great XP-11 water bomber…) can be used for last years “Last African Flying Boat” adventure - getting ever so closer to the real thing:

There is a much improved version of the uppermentioned free Cat available (btw: use UN pilote, PW virtuel) - one new livery is C-FCRR “Okovango” - maybe the real last african flying boat:
https://ffwm.fr/en/aircrafts/26-catalina-gb

We use it to fly from Lake Kariba, along the Zambezi Gorge to Victoria Falls (in dire need for a modder, see pic).
AFR_lfb_okav_cat.PLN (4.9 KB)

Always going further upriver, along Chobe NP and some lakes to the world heritage Tsodilo Hills and finally the Okavango Delta. The latters payware is a must for Africa lovers (pics), so explore before ending in Maun, the area’s hub.

Thanks for sharing the flightplans and historical info. Will check out the routes!

Thanks for the wink and the appropriate use of this Catalina.
I have a slightly more advanced version v0.7.8 in the works which should be out soon as possible.

I didn’t know about the www.messynessychic.com site and it gave me some ideas.

Is it possible to attach your flight plans to the Catalina documentation in order to provide interesting discovery proposals to users?
Thanks for your answer .