The most spectacular island you've never heard of!

After realising the latest World Update 4 included the French overseas territories, I first checked out the island of Corsica, and followed that up today with a visit to Réunion Island in the Indian Ocean. 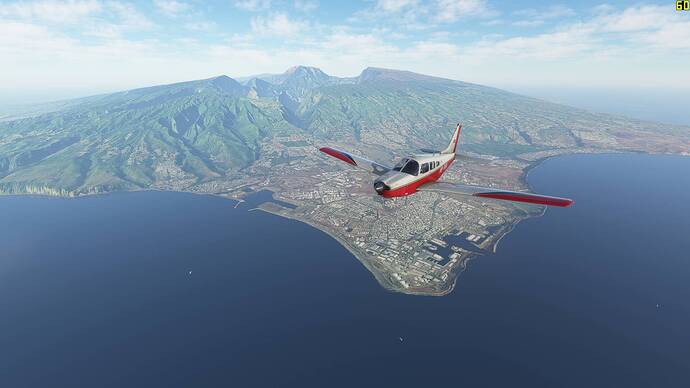 I’ve never actually met anyone who has been to Réunion, or even heard it talked about having only lived in English speaking countries. The only reason I even knew the place existed was from FranceVFR’s photoreal FSX scenery of the island that I used to own 10 odd years ago!

Needless to say the island looks absolutely amazing with the high res DEM in MSFS now. The volcanic landscape with it’s huge calderas, massive rift valleys, and high altitude plateaus are like something out of science fiction. I’ll let the screenshots below do the talking, but have uploaded a quick flight plan that follows my route to worldtour.flights and created a new flightspot for quick co-ordinate searching inside the sim below:

Réunion Island, a French department in the Indian Ocean, is known for its volcanic, rainforested interior, coral reefs and beaches. Its most iconic landmark is Piton de la Fournaise, a climbable active volcano standing 2,632m (8,635 ft) 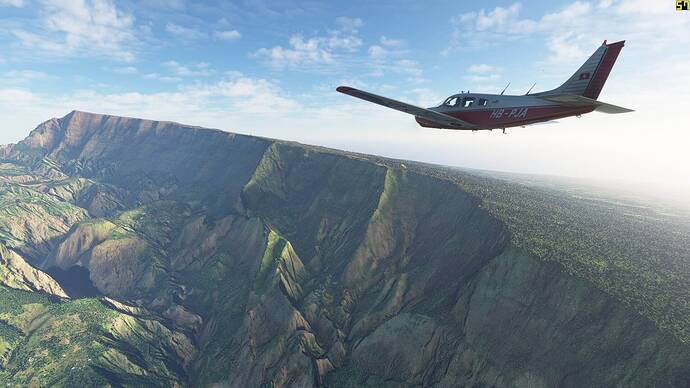 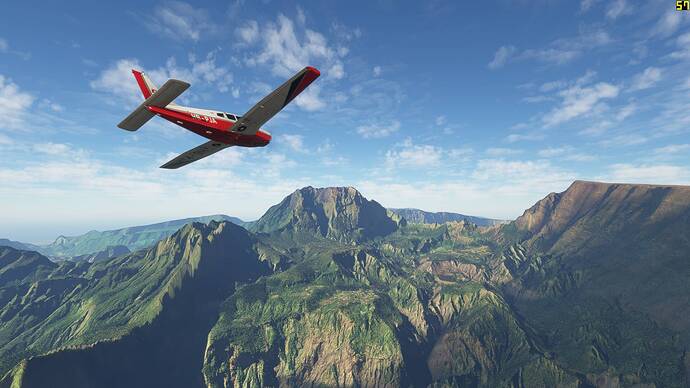 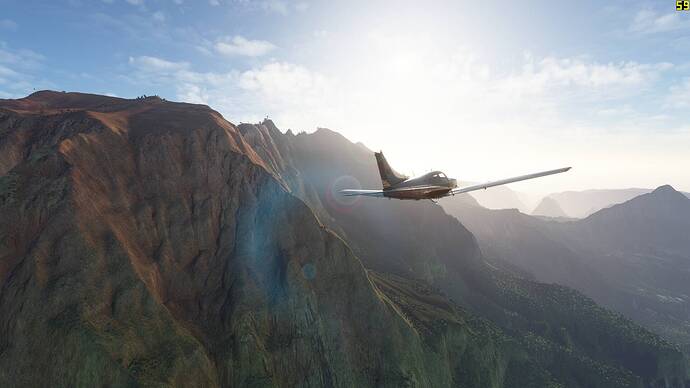 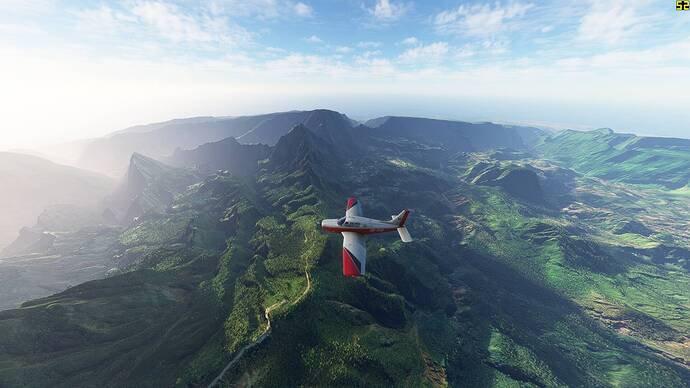 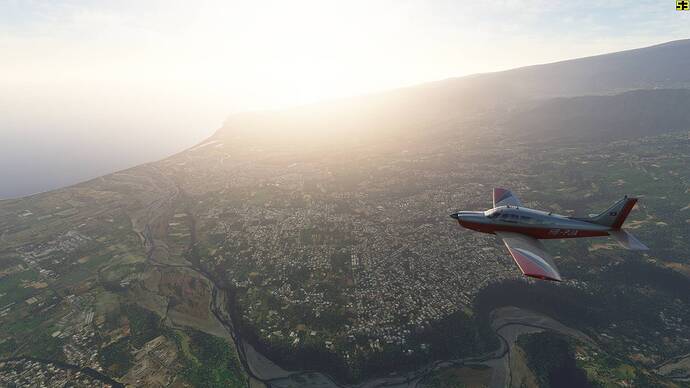 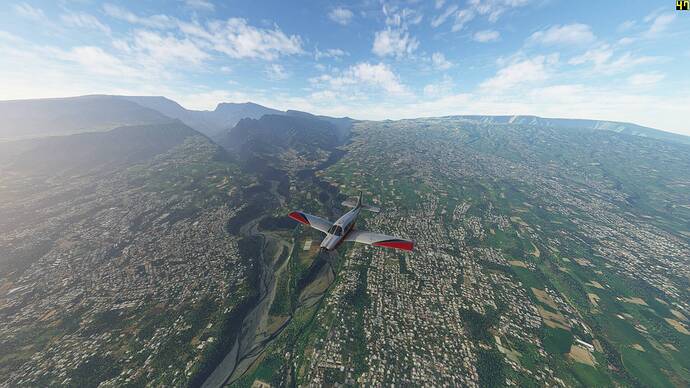 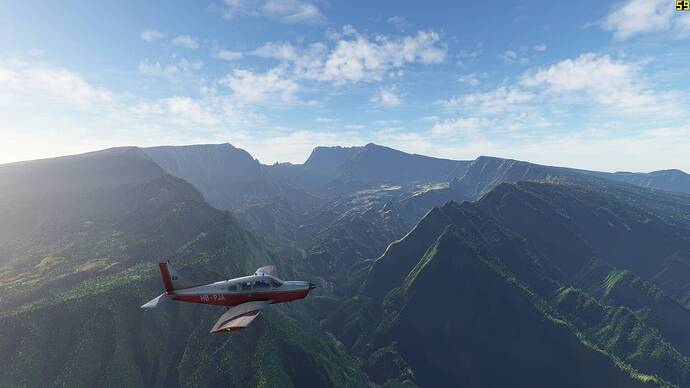 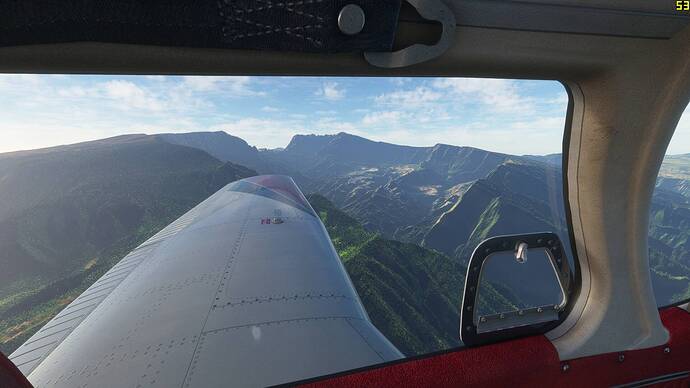 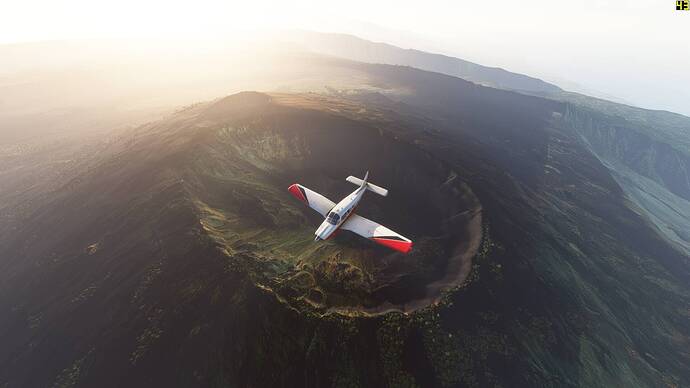 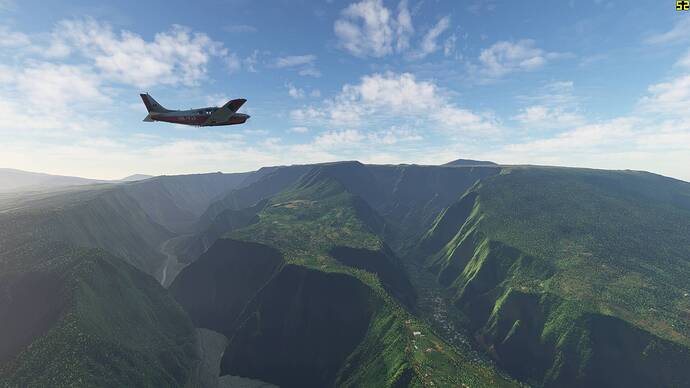 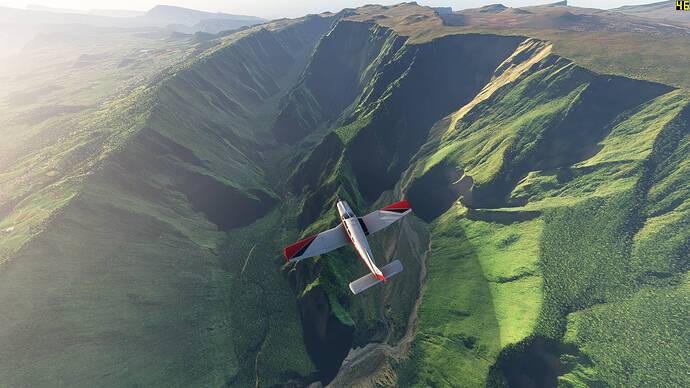 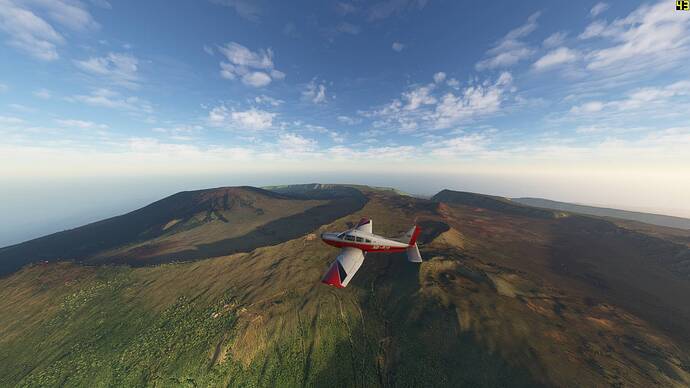 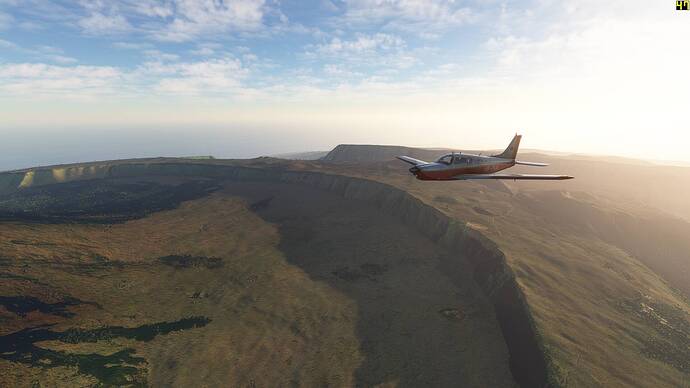 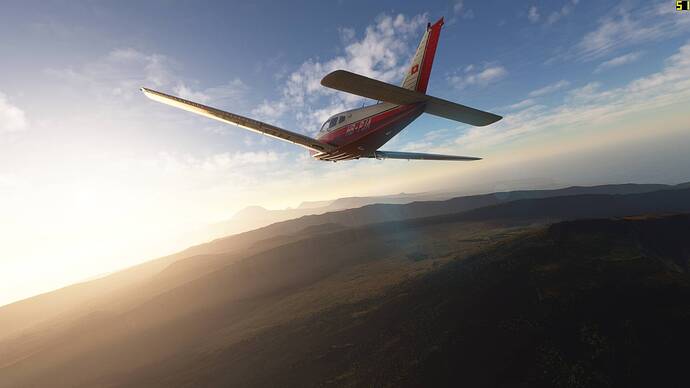 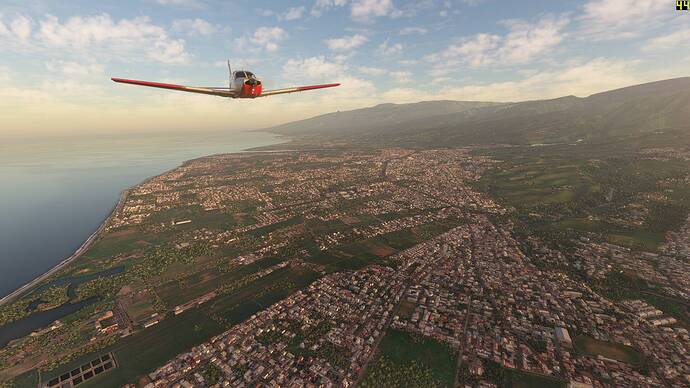 Wow. Not sure it will look as good on my system, but will definitely check it out. Thanks !

looks like the real one, thanks for the idea !

Wow. Hope they have an airport that can take an A320…flying there even if they don’t!

Thanks for this post! I just downloaded your flight plan and will check it out ASAP. Great photos by the way.

For sure, Air France has direct flights from France Metropole to St Denis de La Réunion
So you can even fly the 787 or A330

I need to start taking more photos in the sim. 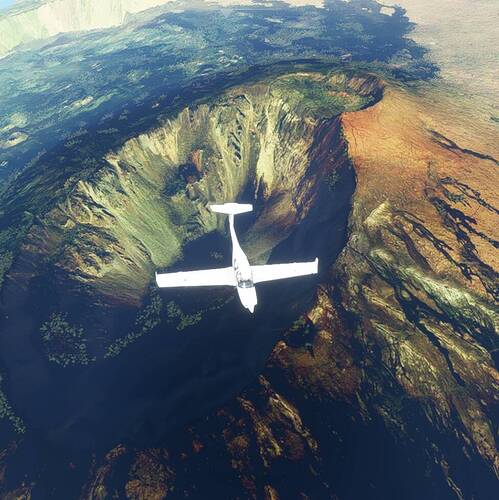 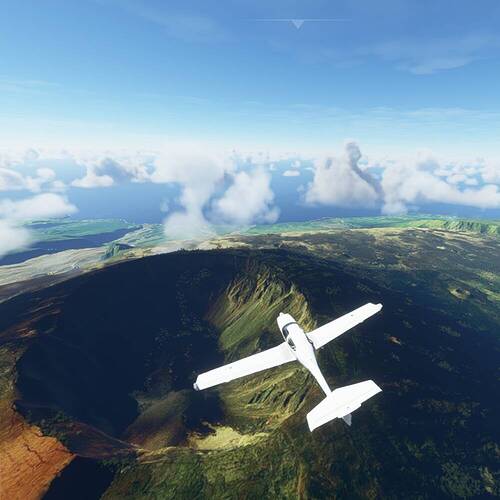 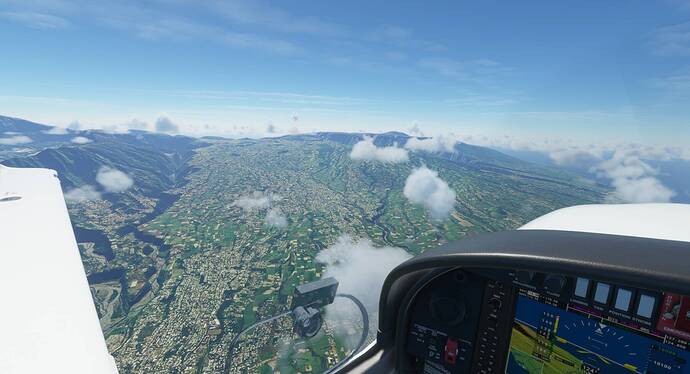 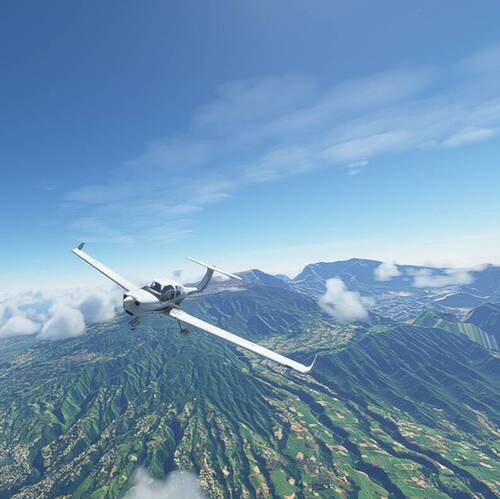 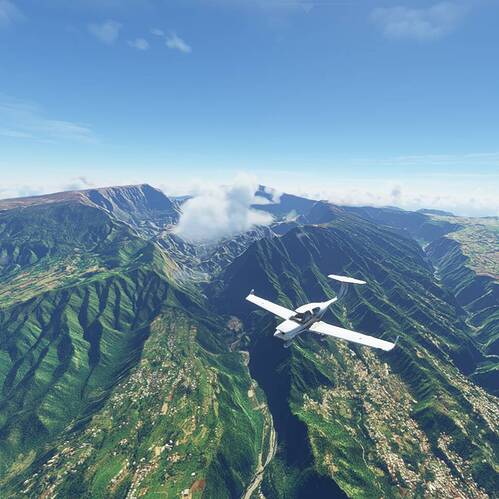 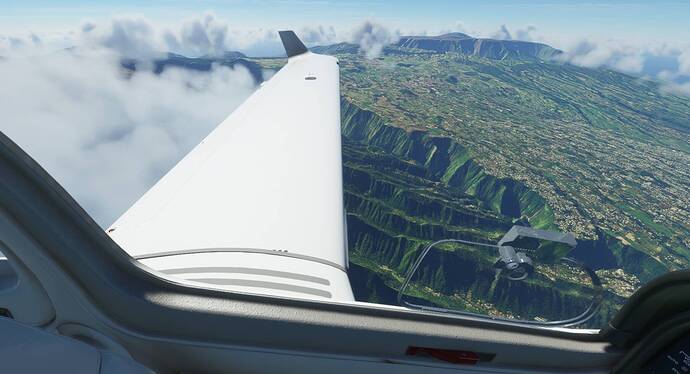 It actually look pretty good before the update. I explored the island on November 28th

Leg 98, Saint Pierre, Réunion island via Mauritius and Madagascar to Fregate, Seychelles [image] DAY11_28.PLN (5.5 KB) Réunion island is amazing, Mauritius is a mess (in game), Madagascar is missing an island and grew a mystery peak. The trip to the Seychelles provided some good fuel measurement opportunities. 11-28 Pierrefonds FMEP 3:59 AM 11-28 Gillot FMEE 4:31 AM 11-28 Mauritius Intl FIM… 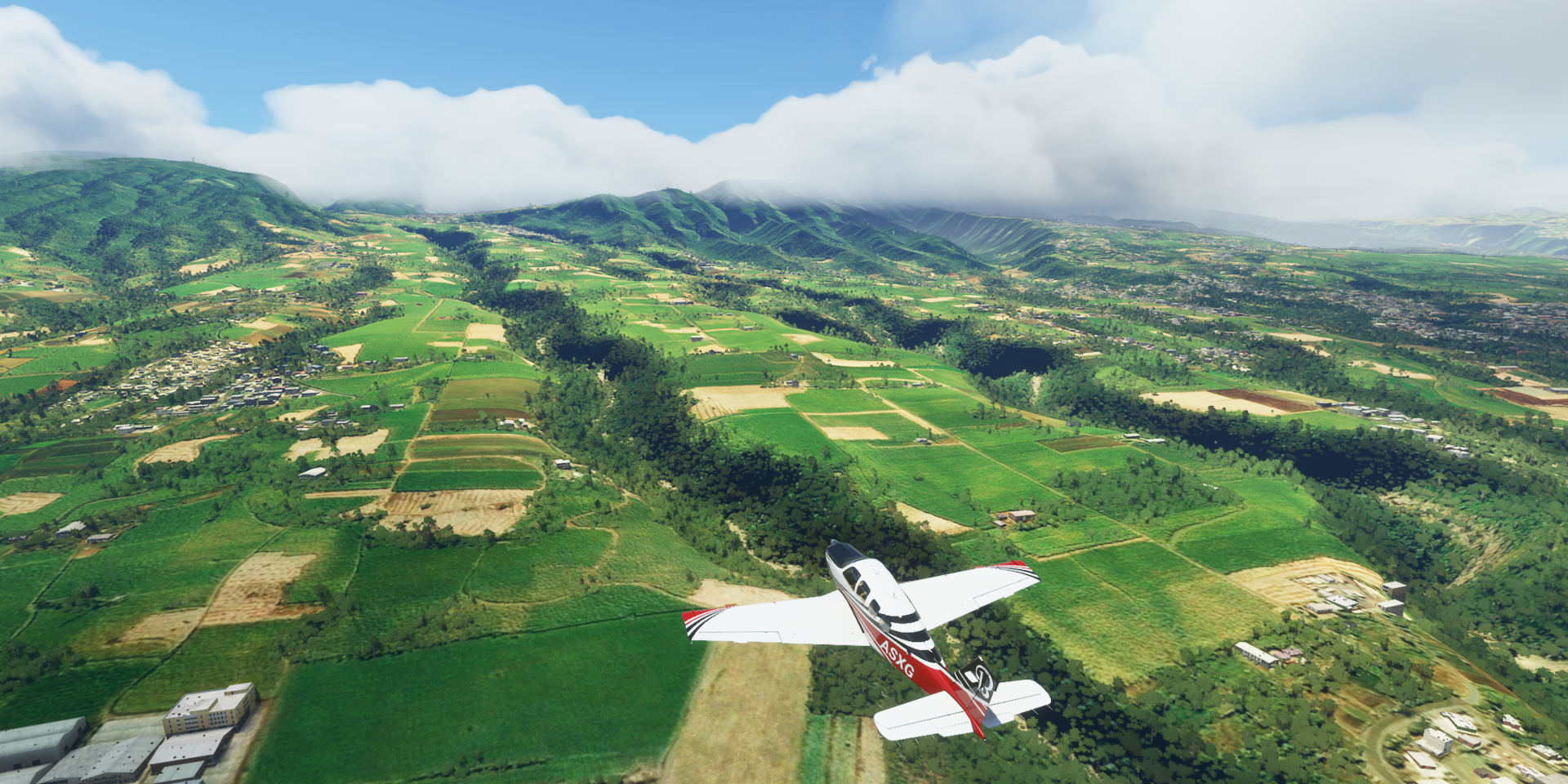 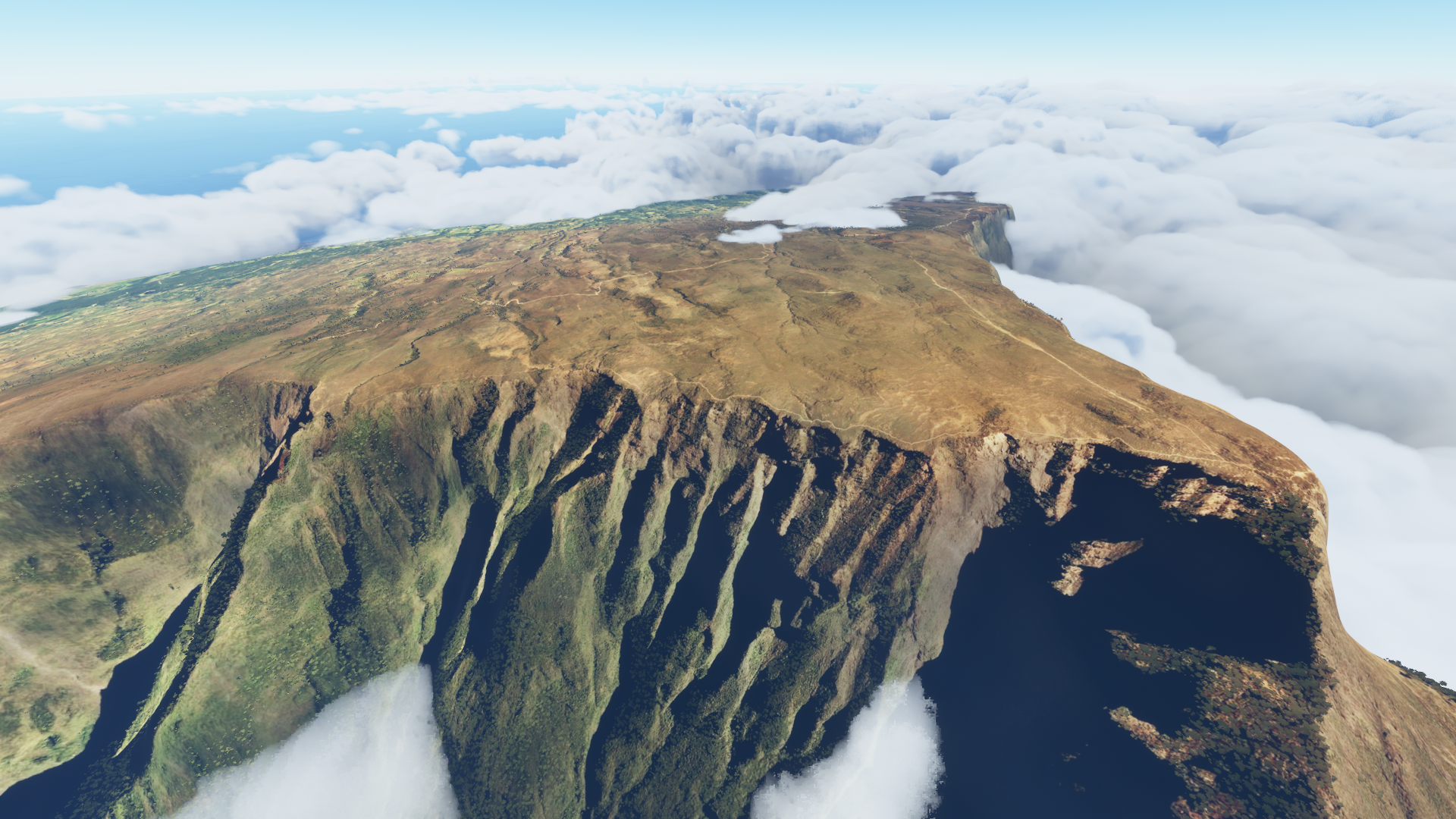 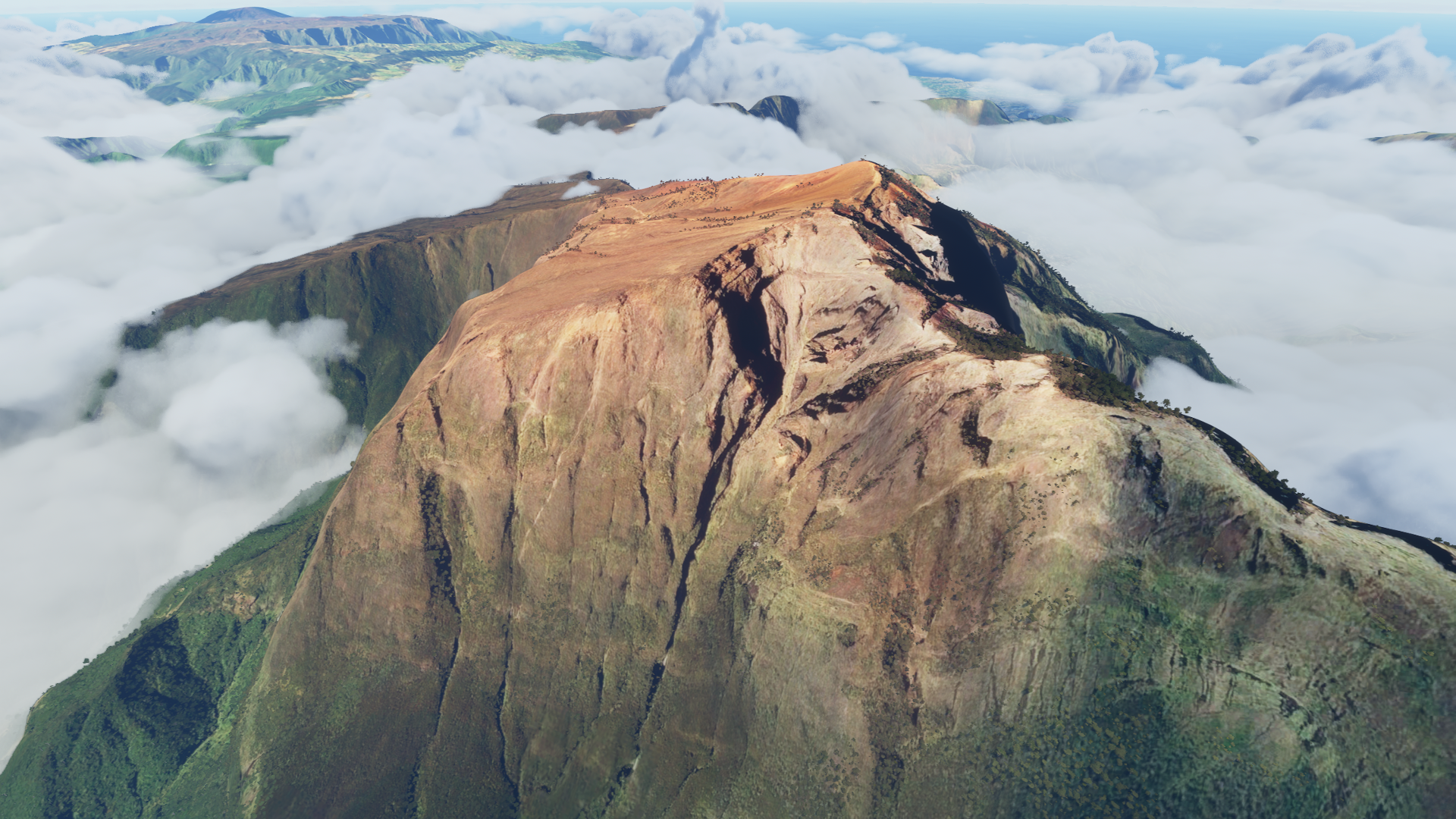 Wow. Hope they have an airport that can take an A320…flying there even if they don’t!

As @Pieloth said, Air France take wide bodies in here. I found a cool flight deck video from a 777 landing there on youtube:

Thanks for this post! I just downloaded your flight plan and will check it out ASAP. Great photos by the way.

No worries, thank you! And enjoy

It actually look pretty good before the update. I explored the island on November 28th

It’s quite hard to tell the difference between the DEM levels when you compare the shots in your thread with these ones, maybe they already had pretty high res data for the island when MSFS was released! Great adventure by the way, hoping to do a similar round the world trip myself in the future!

An Australian friend of mine was born there, then moved to France before settling in Australia. I met him was we all started working in Vietnam.

Going to the Hue Ancient Citadel someone was giving us a boring tour of the place, talking about the emperors there. The last one fled, after being exiled, to… La Reunion.

Turns out my mate was floored - literally had to sit down after calling his mother. That exiled emperor turned out to have been mates with my friend’s grandfather, in a ham radio group they were both in. 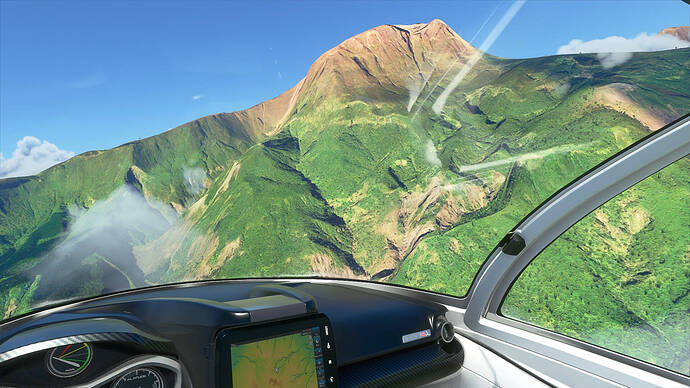 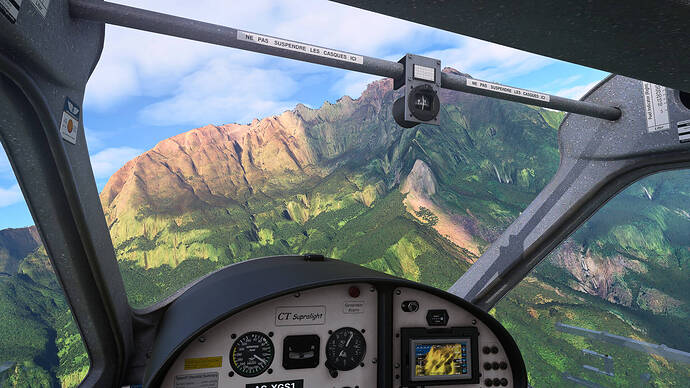 only to be ruined by shape-shifting, tearing terrain

Was Reunion updated in WU4?

Was Reunion updated in WU4?

Do you know what other French overseas territories were updated?

Surprised La Réunion is having another DEM update! Will be interesting to see if there are any recognisable changes?