The zoom in VR is way too extreme

the zoom in VR is literally not usable because it´s so extreme. Please consider making a zoom that is at least 10 centimeters (~5 inch) away from a cockpit panel.
Wow sometimes the right mousebutton zoom looks like pressing my nose onto the cockpit LCD screens

Thank you very much,
and always happy landings! 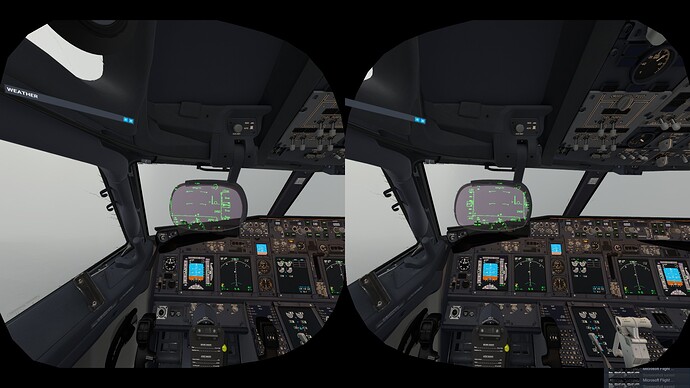 For strange reasons my computer cannot handle the Fenix Airbus very well, and I get lot´s of distortions and pauses in my VR headset.
Is the new graphics card the culprit (a rare Sapphire Pulse Radeon RX6700 Super OC), or is the Fenix very on the CPU-heavy side and my Ryzen 5 too weak?

Oh awesome thanks for that tip, yes there is a Vega 11 APU in my machine! Completely forgot that the Fenix can render the displays with that chip, yes that should help a lot because the cockpit was absolute fluent and awesome for a few seconds while all screens where black - until the Fenix loaded it´s systems, that´s when the stuttering and distortions and warped views in the headset and other rendering problems begun. (the VR headset always does these rendering problems when the computer rendering power is too weak for a VR program or game.)

Allright later in the evening I will make another testflight with the Vega 11 iGPU activated. 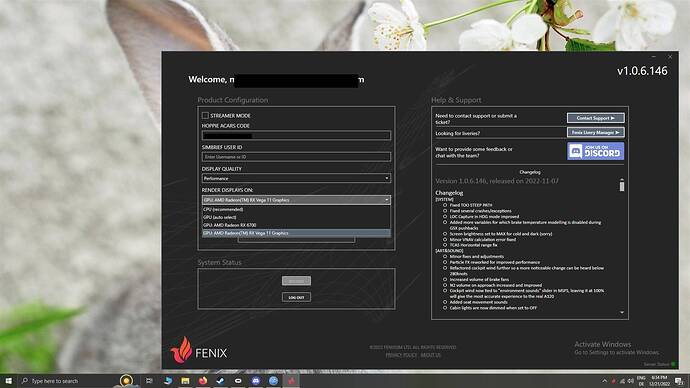 This is so cool having two different graphics chips running with one AMD Adrenaline driver! Thanks for that tip because I completely forgot about that rendering option in the Fenix menu.

the zoom in VR is literally not usable

Agreed. There’s many things in VR that just don’t work properly and this is another. Some cockpits zoom fine. Others are much too close as you mention. And others the zoom doesn’t work at all for me. It’s a mess and I’ve given up using it.

I use the saved camera positions instead. For every aircraft I save a closeup of the left and right side of the dashboard. Those 2 positions and a few others are saved to a hat switch so I can zoom in on different areas of the cockpit without the need to rely on the zoom.

From my understanding, aircraft makers must set the camera plane for where the VR Zoom goes to for their planes various panels. If it’s zooming you way too close, that’s something the aircraft maker would need to change, unless you can figure out how to change it yourself in the CFG files.