Thin objects are disappearing as you move away

I noticed that some thin objects such as antennas are disappearing when you move away from them.

Here’s an example from Berlin. I especially installed this add-on as the default tower has it’s antenna cut off. Here you can notice the antenna in it’s full length - but as you move forward the situation chages… (all my draw distance sliders are set to ultra). 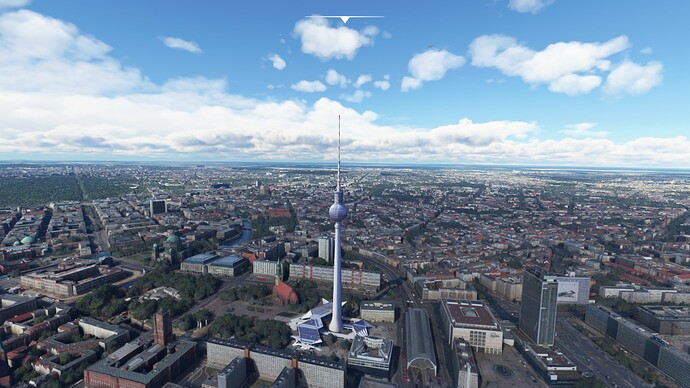 Moving just a little away you can notice that the antenna starting to disappear. This seems to be an issue with every scenery that features thin objects be it atnennas or chimneys, so it is higly unlikelly that it is just a single add-on’s lod issue. I think this is quite a big problem because such an objects are very important VFR waypoints that should be highly visible from far away. 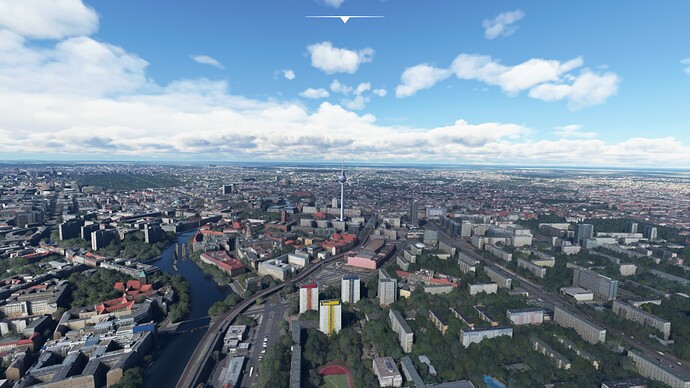 Becoming smaller and totally blending with the sky are very different things. I also live about 30 km away from a TV tower - and I never seen it’s antenna disappearing in the air as you getting futher away from it the way every antenna does so in MSFS just by moving a little away from it. Instead it is firmly showing against the sky. As I said, this just a single example. I have the exact same problem in many places.

How shall I put it? As you move away from an object, you can see less over time. The resolution of the monitor is limited, if a line is below the resolution limit then it disappears.
Please correct me, when I misunderstod your problem.

I think you should read my comment above a bit more carefuly, that becoming smaller and blending with the sky unleast there’s a fog or rain are very different things. In MSFS every more or less thin object disappears in the air just moving a little away - no matter how clear are skies. If that would be how real life works I think that antennas and chimneys would be a very bad VFR waypoints and way more hazardous than they are - because everything will then just magically disappear as you move less than a km from it.

But thank you for mentioning the screen resolution limits, as obivously it is not something that is related to real life, and I got confused about your comment.

I noticed that some thin objects such as antennas are disappearing when you move away from them.

I agree. I see major bridges thinning out as I move away - like major landmarks, and suddenly they cannot be relied on.

I don’t accept that it’s just things getting smaller. They would be clearly visible in real life at those distances.

For example all the bridges over the Forth start to break up and then completely disappear when they should still be c liearly visible. And I’m running on Terrain LOD 5 and Object LOD 7 with rendering at 130%, so I’m giving them every chance.

Something needs tweaking in the code.

I agree with you that the behavior could be improved, but I think most of us don’t have the hardware to do it. Especially the XBox users

I’m sorry, English is not my mother tongue, maybe I misunderstand you or I am not expressing myself correctly.

Yup. Seeing a lot of this since SU5. Beacon towers at airports especially.

Simple question - are you using pre-cache for terrain setting on ULTRA now? Just got introduced in WU6.

Yes. Everything at ultra including Pre-cache. (Which does not control LOD, it just cache’s scenery that’s not in front of you)