Thoughts and opinions about an "awesome" weather system

I totally agree. A Meteoblue partnership allows Asobo to focus on other parts of the simulator and just use Meteoblue’s packaged output directly in the sim. And their global model should be good enough for most users and situations.

I’d totally pay for a HRRR model add-on though. Just like I’d pay for a photogrammetry scenery add-on of my own city (if I didn’t already have it). Hell, I’d pay a decent monthly fee for it, but again I’m a giant weather nerd.

You would pay, I would pay some others would also pay, but not the masses. Furthermore, I am convinced of Swiss precision.

You would pay, I would pay some others would also pay

That might be enough if your user base is 1 million+

I wouldn’t mind paying a subscription fee if that means all add-ons and detailed live weather come from the cloud and get streamed in on demand with the detailed data. I’m very hesitant to install stuff locally with all the reports of problems with the community folder, plus I don’t want to fill up my SSD while trying to keep track of a bloated content manager.

Most of all, I like to explore, hardly every fly at the same place more than once or twice. Buying content for every place I go to would quickly bankrupt me!

I wouldn’t mind paying a subscription fee if that means all add-ons and detailed live weather come from the cloud and get streamed in on demand with the detailed data.

Very good point! And I do not want to share my data as before with a dozen of third party provider. That game is over. Only what is present in-game.

My only weather wish - for practicing IFR approaches (could be a simplified version): 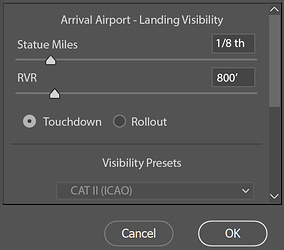 If you agree, there is a thread collecting votes for this issue, located here: Weather Settings need visibility slider with absolute visibilty (ex. 1 square mile)

I think I would pay an extra subscription for highly detailed weather. This is an interesting discussion. Thanks.

I like to vote for it, but I would not buy it. Nice if they would implement this.

As a long term Vatsimmer the absolute priority is for the airfield wx to match that used by the controllers i.e. METAR based. If that comes from MS or a 3rd party no matter, they NEED to match. Injecting the metars from the Vatsim source would be ok, en route wind is another matter entirely!

An “awesome” weather system simply must at least include all the features that we have been used to for years in HIFI Active Sky for other sims.

Now that they seem to be very reluctant to invite 3PD for weather I expect them to integrate all these long common features themselves soon. Everything else would be a massive step backwards compared to what we have in other sims with Active Sky.

Jaja, https://www.wunderground.com/history. You can setup as you wish in FS2020.

I expect them to integrate all these long common features themselves soon.

Everything else would be a massive step backwards compared to what we have in other sims with Active Sky.

A cool thing about using weather models is that the last few runs of the model are usually preserved and the model itself goes into the future a couple weeks.

So potentially you could move the time slider on Flight Simulator’s flight planner/weather settings, and it would pull the “historical” weather from the previous few days. Or you could advance it and fly in the future upcoming weather.

This would be great for situations where say you only get to play Flight Simulator at night, but you want to fly during the day, and still want weather representative from that time. You could either roll it back to a previous day, or advance it to the next morning, or another day of the week in which the weather is more favorable to fly.

Right now I think you can change the time while you’re using Live Weather, but the weather itself remains fixed to whatever it’s using for “live” weather.

a page to look up the exact weather in the sim for any airport.

Meteoblue should indeed be providing this. The variables it’s downloading into the sim should be displayed when you select “Live Weather”, but a link to a Meteoblue webpage with the data would be nice too. Not having this makes the game feel rough and incomplete.

Feeding back player induced disturbances into the weather simulation would be the cherry on top:

Imagine being on final on VATSIM and Tower cautions you of wake turbulence due to heavy landing traffic. As you’re closer to short final, you actually experience this wake turbulence caused by the previous landing aircraft and now you have to fight harder to keep the aircraft stabilized until touchdown.

I don’t know what resolution their current live-weather data has, but I somehow think the 3km grid you mention would not be enough for the fluffy little cumulus. They would have to be 6km apart.
With FS2020 shaping up to be a great VFR simulator, I’d like this to be much more fine grained.

I wonder, if they could do some kind of weather LOD:

My request is super simple. Do what was advertised in the Meteoblue video and have ATIS match the in sim conditions.

That it. Just give us what was advertised

I don’t know what resolution their current live-weather data has, but I somehow think the 3km grid you mention would not be enough for the fluffy little cumulus

The model flight simulator is using is on a 30 km grid.

I wasn’t suggesting the simulator’s would pick up individual cumulus puff balls. What a high resolution convection allowing model would know is if there is convection in the 3 km grid, and then the simulator could fill the grid cell with a generic cumulus field. Getting a higher resolution than that is going to be unrealistic for flight simulator, and it’s not necessary. The simulator can just draw the fine weather details using the big weather picture from the model, kind of like autogen on the ortho imagery for the scenery. But that 3 km resolution would allow for individual storm cells to show up in the simulator, and that would be pretty awesome.

I like to avoid CB with my C172 like it is highly recommended for our sefety…
I like to be obligated to avoid TS and to create my flight planor to divert based on live conditions weather… etc The engine weather is the corner stone!

Hopefully votes will raise up to be heard! Smart and constructive thread!

I do not always avoid CB with my C172. Definitely would not recommend for safety. 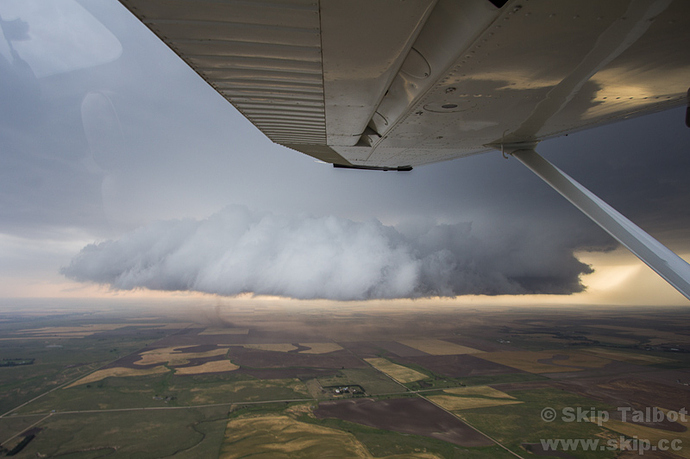 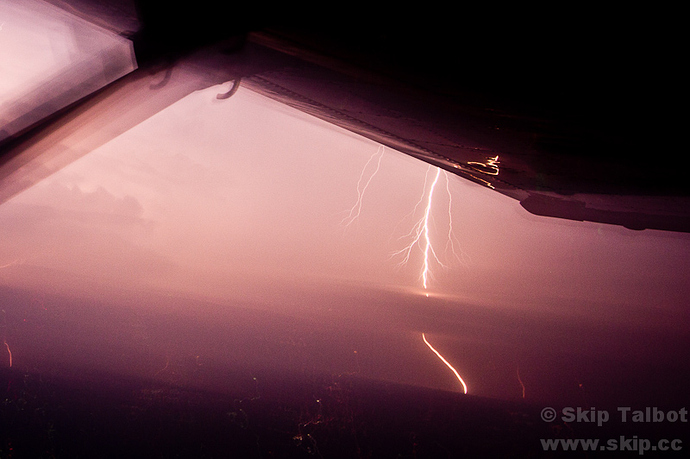 Getting a higher resolution than that is going to be unrealistic for flight simulator, and it’s not necessary.

Well, I thought under the premise of a “wishlist” I wouldn’t have to concern myself with thinking about commercial viability

Where I really disagree though is, that generic cumulus fields are part of an “awesome” weather system. Sure, it’s perfectly fine for those that measure altitude in flight levels and look down on the cumulus. Flying below the clouds it would be at least “nice” to have the clouds align with the updrafts (and the updrafts with surface features). For those that are wishing for gliders it’s a downright necessity.

Your first photo of the mesocyclone clearly shows the reduced LOD that everyone is complaining about.

Oh wait… that’s a real photo from a real airplane!