Is it just me or do the windsocks, at these two 3rd party developed airports, blow into the wind? I’ve just bought and downloaded the package, from the MSFS Marketplace, and although the quality is excellent, this does appear to be wrong.

I know this has been an issue in the past, but I thought that Asobo had addressed it.

I’ve emptied the Community folder, just in case I had a fix in there that was messing with this package, but the windsocks still appear to blow in the wrong direction.

On their Facebook page, it refers to this issue. I believe there is an update.

I’ll bookmark that, it perhaps being a good place to have looked, before posting here.

I wonder what the hold up with getting the update into the marketplace is though?

That post was from early November last year, over 2 months ago.

Well, after messaging them on FB and being told that “all stores offer the latest version of the scenery,” I bought this from the Marketplace. My windsocks are backward. I sent them a message stating so, and they told me to recheck my METAR. I replied with pics showing the issue was still present in my version. That was 28 hours and 55 minutes ago as of this typing. The nice thing about FB messenger is that you can see when your message has been read. My most recent with the pics has not. These are the two pics I sent: 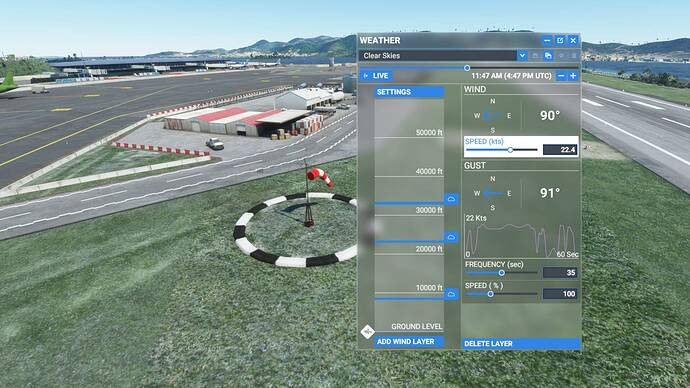 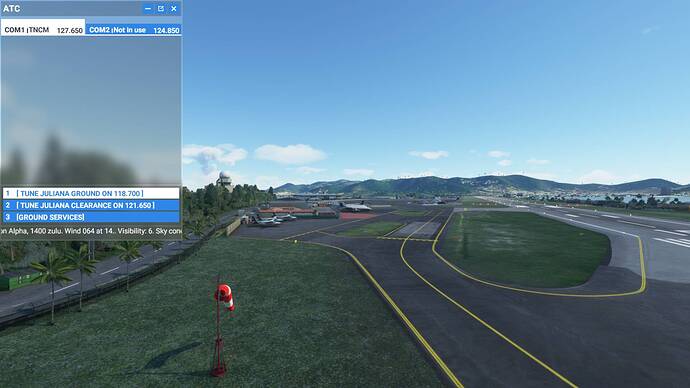 Update: Just received a message from the dev’s that they’ve resubmitted the latest version to the Marketplace.

I have been occasionally checking for the update on the Marketplace, but I suspect that it will probably take some time to get through the MS/Asobo approval process, whatever that is.

Thanks for sticking with it.
Often times all it takes is a memo to the developers!

The update is online! I now show v1.3.0 and the windsocks are behaving correctly. Many thanks to the developers for their diligence in getting this corrected in the Marketplace! You’ll need to update manually via the Content Manager, but it’s a quick process.