First of all, I would like to thank the official for finally launching the update of Chinese localization, which solves most of the problems perplexing Chinese players. However, after use, it is found that there are some errors in the localization of the Chinese text. I will put forward them here through screenshots and explanations. I hope the official can correct them in future updates.
Other Chinese players are also welcome to take screenshots to indicate the problem and provide additional explanations for the official repair
The following are the problems found so far (continuously updated)
I don’t know English. I won’t use your template. It’s too complicated. But please don’t delete my post. I’ll explain the problem clearly in my way.

QQ图片202206160050121920×838 105 KB
The second one is setting. I input com2 in the search field, but one of the results is actually the setting of COM1. Its name is translation setting com2, and the setting description is to adjust COM1, which is also to adjust COM1. This is only one of the problems. There are many similar problems. The title translation is incorrect, which is inconsistent with the actual settings and setting instructions.

QQ图片202206160050201920×910 92.9 KB
In the above picture, two titles are used to set the altimeter (automatically set the current field pressure, keyboard shortcut b), but I am not sure what it is used to set. The problem of inaccurate translation of this title is not only that.
The comms of the radio is translated as colsman. I thought it was a personal name, or the comms was invented by colsman, similar to Bernoulli. But I don’t know what the comms is, so I don’t know what the setting altimeter under the comms is 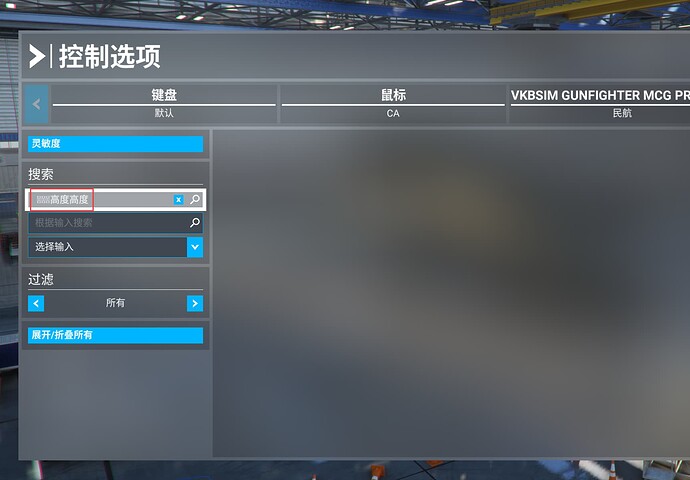 QQ图片202206160050151723×1199 79.6 KB
When I input characters in the search field, I input the Chinese characters of height. However, when I enter, the search box will appear the random code of the box, and the input height will change to (□ □ height height). No matter what I input, this problem will occur as long as I input any Chinese characters. Compared with the above problems, this problem does not affect my game experience. After all, settings are not required every day. But ATC text is the most important, because it will appear as long as it is on the aircraft. The second is the translation accuracy.

In addition, the Chinese localization has not improved the flight plan. We still need to check UTF-8, otherwise the aircraft plan will extend to the unknown area in the west after the aircraft leaves the airport. When UTF-8 is checked, some text displays will look strange.

Of course, compared with English, with the Chinese version, I can at least guess the meaning of the text. In general, it is very helpful. Thank you again.

Of course, as the game official is the purchaser who pays the fees (Party A), the work of the third party company in Shanghai (Party B) has not been completed well. Maybe you can consider detaining part of their fees until they successfully complete the work task. In addition, most of our water Chinese players commented on them: “they may not know much about simulation flight, or even download games, and they do not know the role of their own translation work.” it is suggested that they find QQ groups for simulation flight, and perhaps players can help them complete their work through communication.

I don’t know English. I won’t use your template. It’s too complicated.

Seems it is difficult

Yes, can you use the problem report feedback template