I followed the instructions to drop the unzipped folder into the Community folder. When I went into Microsoft.FlightDashboard I found that “Packages” and “Community” Folders were not there…? I made the folders myself and dropped the airport into it but don’t see it listed under airports when I search? Any help? Seems the default area isn’t in Watched Bases? 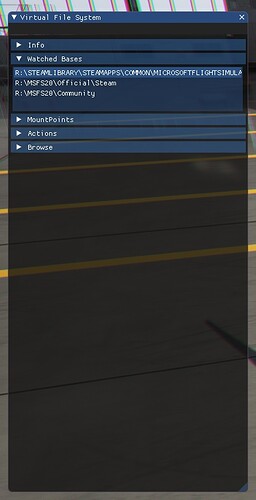 mods should be placed into:

Edit info: Yes, the manually installed add-ons should go into community folder within the packages folder as mentioned by @MagpulOperator.

It still doesn’t show in game.

I did find something similar through Steamapps\common\MicrosoftFlightSimulator\Packages it has some FS-Base-Onboarding type files in it? Should I put it there instead? 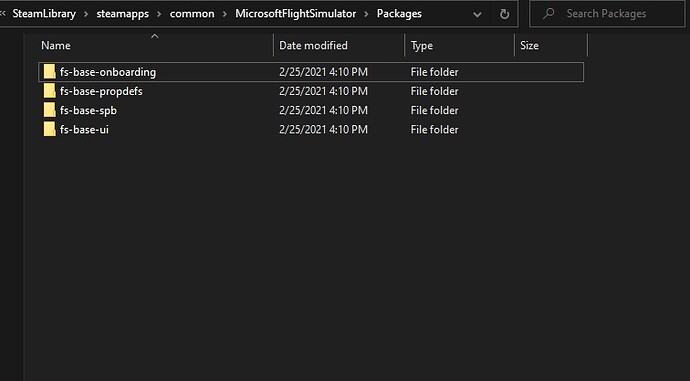 Hi @MagpulOperator,
See if this post helps. This is for both MS Store and Steam versions.

All mods go into “Community”. This folder should have been created automatically by MSFS.

Thanks the community folder was in the Root of where I installed it… Strange. Thanks for help!