I just wanted to point out how detailed the new UK terrain mesh after The UK update is, I find it very interesting that the level of detail that can be achieved with this new tech. I have taken a snap shot of the Moor in the UK where I live, known as Baildon moor, these cinder mounds that you can see in the photos are less than 10 meters high, I’m frankly stunned at the relief of the data that was achieved 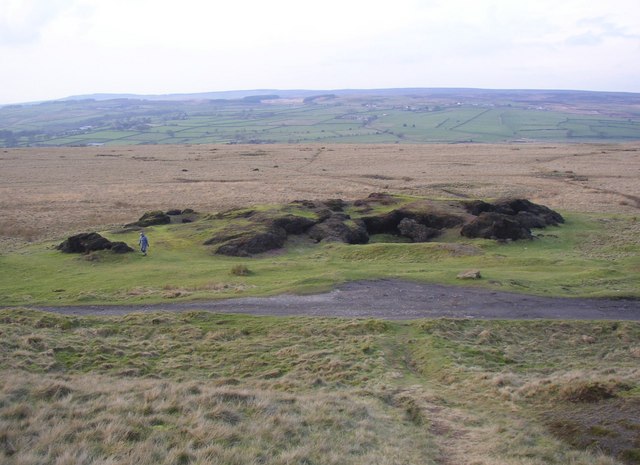 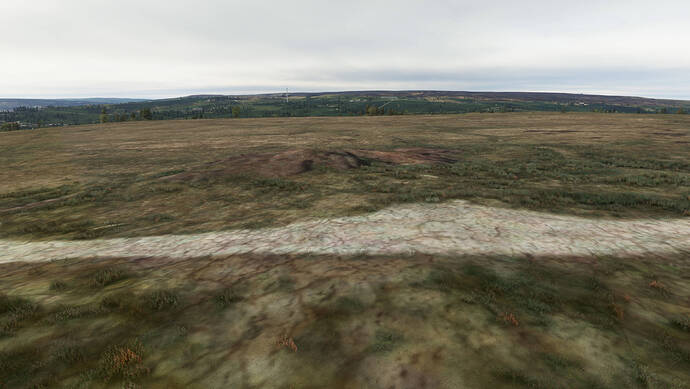 My feeling is that the improved terrain mesh is one of the best (and largely unsung) features of the UK update. I just flew up over the megalithic site at Avebury where the banks and ditches of the henge are clearly visible. Plenty of other burial mounds present in the landscape too. best of all, my local farmstrip at Preston Capes now has the real life mini-Courchevel experience down rynway 27!

I’m in Shipley! I play snooker at the Shroggs (pre-pandemic).

Only thing missing from the Moor is the odd red kite soaring overhead!

I read that as “I’m in Shipley. I play Shnooker at the Shroogs”

And Remote Control Aircraft! I’m hoping somebody at Flightsim.to can make a model of Salts mill and Lister Mill

They are good visuals for VFR flights!

haha this is the most UK comment I have ever seen on these forums.

I’m always looking for good snooker opponents. Anyplace to land around there? My Baron requires 100LL and I’ll need lots to get back to CYDQ.

Ha local! I’m a Somerset Ave guy! I haven’t looked at Baildon golf course yet, but I’m expecting to see the 18th hole and flag or I’ll be really PiXXed if it isn’t in MSFS!

haha this is the most UK comment I have ever seen on these forums.

You totally beat me to it

Was gonna post just about the same thing haha.

I was born in baildon in 1961 and lived in shipley area until 2000.
Then had to desert and move south to Newark on Trent for work.
I grew up playing on Baildon moor, Spring Woods etc.
Thanks for the memory injection!

Agreed, have been surprised at how little attention has been paid to this part of the update. The contours around my home area between Bristol and Bath are bang on.

Making a run along the central section of Hadrian’s Wall, I was really struck by the terrain there and also the the fact that the features of the wall system are clear in the ground. Just need Blackshark to refine the AI so that one section is not rendered as a very narrow terrace of houses!

Haven’t tried Hadrian’s Wall in the sim yet. I walked it about twentyfive years ago so it will be good to see how it compares from the air! Have you seen the Bath scenery built with Google data at fligthsim.to? Bath,UK • Microsoft Flight Simulator

Hej, you are fan of England! Go to see the Wilmington Long Man! It’s there, very clear (satelite picture).
It is on the 40° radial of SFD VOR, 3.9 nm. You will find it!
Have fun!
Ebi

Be interested to know what you think. Seemed pretty good from what I recall of a visit to Walltown Crags a few years back.

I was also entertained that a Roman villa dig site that I volunteer at in Otford also appears. Blackshark manage to render the site tents as tiny shed type buildings!

Yes, have the Bath scenery, not least as I can see my old house! Such a cliche I know but am ticking off the places I have lived as they appear…

Well, just did a jaunt from Carlisle and I think it is pretty good. I see what you mean by the narrow terrace houses on the crags, but really I’m not sure you could expect much better from AI. It’s certainly possible to follow the line of the wall and the vallum is clear in places too. Forts are easy to pick out. Vindolanda looks a bit odd with too many “office block” type AI generated buildings but, hey, it’s 200x better than anything we had on FS-X.
Is your villa the one they are saying is “bigger than Lullingstone”? I used to hike around there in the 1960’s.

The South Downs area much more detailed now, Devils Dyke is better for example. Plus the rolling downs into the town’s and City of Brighton is much great, love it.

Before the area around Lincoln was like a snooker table - and no Lincoln Cathedral. I haven’t checked since because I use VR only and stay in areas I know work well - but it would be fantastic if this was the first sim ever to have Lincoln portrayed correctly - or at least a bit more than before, with the steep hill and the cathedral at the top of it.

It was the visibility of the vallum and the fact that its ground surface is contoured that jumped out at me. Funny thing about the Ai is that one stretch of wall and its milefort are rendered as stonework (albeit too high) so I guess it might correct itself. Agreed on Vindolanda, Housesteads also has a couple of random buildings but as you say, so much better than what we had before.

Ref the Otford villa, yes that’s the one. Fascinating site as the excavation is of a villa that was sytematically demolished rather than abandoned - https://romanotford.org/

Not checked since the update came out if no improvement have you tried this scenery mod - Lincoln UK POI • Microsoft Flight Simulator ?