Hi all - I’ve searched extensively but haven’t seen if anyone has managed to connect a link2fs based switch & display panel to FS2020. Is there a way to use simconnect from FS2020 with an application that’s trying to interface with FSX simconnect?

Link2fs provides an application on the PC to interface between the arduino serial and Simconnect on FSX. It also includes example software for the arduino that can be customised to your panel. I have panel built around arduino nano providing autopilot controls and display using Link2fs to convert button and rotary inputs to serial, and serial to display (autopilot panel, status lights etc). It would be great if there’s a way to use it as-is with FS2020 though I realise it’s old tech.

Neil,
In same boat. Built a Link2fs Arduino Multi-Radio.
Works great in FSX and P3Dv5.
Software from Nuna Simulations.
Can’t get Link2fs to recognize MSFS 2020 no matter what Simconnect I use. Maybe don’t have right Simconnect in right places???
Emailed Nuna to see if they will update there program. No response yet.

Received a response from Nuna Simulations. They are updating Link2fs to work with MSFS 2020 and it should be finished by the end of February.

Hope this is good news for you.

Have used it some and it seems to have the same functionality as SimVim (which I LOVE). It doesn’t have mutiplexer support and your Mega will have fewer functions for certain components (only 2 LCDs per Mega, no Uno, etc…).

Although there is some additional data entry involved to get it going, once you smart guys get the hang of it I think you’ll like it.

Received a response from Nuna Simulations. They are updating Link2fs to work with MSFS 2020 and it should be finished by the end of February.

I don’t know much about Nuna simulations, from their website it looks like they build panels and behind the scenes they use Link2fs to control them?

Do you know if they plan to make Link2fs freely available or only for Nuna customers?

I was looking at that too. My current Link2FS project is quite custom however. I have one rotary encoder which when clicked switches between Heading, Alt and VS for the auto pilot. It’s quite a custom unit

I was also looking at the ‘bits and droids’ library.

Have always downloaded the program for free and use it for my custom panel.

The one I built is a Multi-radio. Rotary switches between Nav 1/2, Com 1/2, ADF, DME, XPDR. Single encoder w button dials in freqs and another button swaps. Display is 16x2 LCD that displays Active/Standby.

Was my first Arduino and was hooked.

I’m not a code guy but can follow a schematic pretty well and solder. That’s what I like about SimVim and Mobiflight. Wire to board, assign funtion, done.

There are a few other programs I’ve seen mentioned; Spade.neXt and AxisandOhs but haven’t tried them.

MobiFlight don´t work with potentiometer, unfortunatly. This is one reason of other many why I switched back to X-Plane11

Mobiflight works well with encoder…Don’t know if this could do the job for you instead of using encoder.

I’m using Mobiflight right now for a small Garmin A/P. It’s far from perfect but I have to say it works.

I was also looking at the ‘bits and droids’ library.

have you received any information if they still plan to update Link2fs. I looked on the homepage from Nuna Simulations but couldn’t find anything which has to do with Link2fs.
Link2fs would be exactly what I am looking for…

Hi,
Sort of good news.
Nuna have released communicator for FS2020, unfortunately I cannot make it connect to my sim.
I’m told that its it’s only supposed to work on their panels, but it says fsx.p3d not running (despite being for fs2020)?
I’m not sure where to go from here. 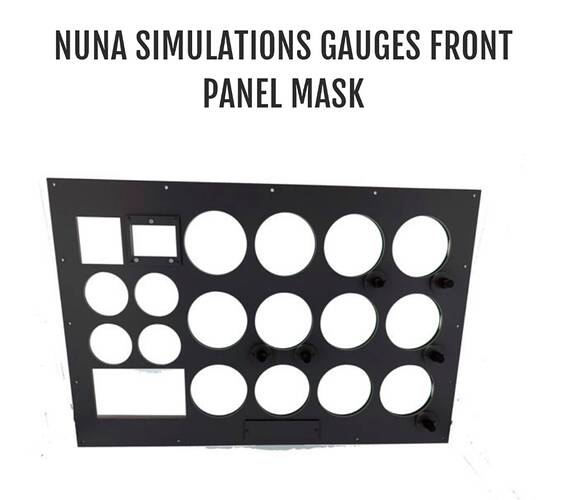 I did recieve a message from Nuna 26th April.

Nothing appears to have happened since and they havent responded to me since.

Wheres JIM NZ when you need him (he would’ve sorted this by now easily)?

Months have passed. Has anybody found a solution? My Arduino-based COM, NAV, ATC, ATIS, MCP and overhead panels are gathering dust…
Thanks