I just want to know if it is possible to play using the VR headset but without the 3D effect (and the rest of benefits like head tracking and the big screen). I suppose that 3D effect duplicates (more or less) the GPU effort, and so it is much more difficult to get a reasonable FPS with my hardware (Ryzen 7 5800x and RTX 2080).

The (depending on the headset) part of the screen / two screens show an offset image and that’s the way the driver works, I doubt there is a driver coded to do otherwise.

However you can probably find “LCD Glasses”, they were popular many years ago, try to give it a Google and see if you find something with a decent level of pixel.

What you have in mind (if I understand you corretly) will most probably not bring you any benefit. It would be something like a rather low-res screen directly in front of your eyes.

As it has been said above, in general, your setup is capable of handling VR with decent graphics settings.

Apart of my VR headset, I have Nvidia 3D Vision (not working at all with FS 2020). If anybody knows what I am talking about, when disabling 3D effect in 3D Vision it just show me the same image in both eyes, so the framerate is similar to playing in flat normal monitor.

A VR headset is also a type of stereoscopic vision (two different images), and so the graphic card must render the amount of pixels as a result of the sum of both images.
If there is way to “order” the VR headset to render the same image in both eyes, it would be necessary to render only half of pixels.

I am new with VR and I don’t know if that is possible, but it is perfectly possible using Nvidia 3D Vision glasses with ANY game, just ctrl+t (key shorcut in the Nvidia 3d Vision driver).

BTW, I can not use Nvidia 3D Vision Glasses with FS 2020 because the exe of the game is located in a “protected” folder (my mistake to buy MS Store version of MS Flight Simulator), and no way to create any modification or place any dll to make that possible. I know “everybody” think Nvidia 3D Vision is died because Nvidia stopeed supporting it in the drivers, but that is totally wrong.

It is possible to use headtracking headsets that do not render a 3D image, in fact I have been using them for over a decade, flying r/c model planes in First Person View (FPV), via a rotating video camera mounted on the model, beaming down a TV signal to my headset receiver.

The same goggles can be connected to a PC, to look at movies or whatever in either 2D or 3D, albeit with only 800*600 pixels on my particular FPV goggles, and this can work with head tracking, as the goggles have accelerometers that move the camera (so when flying you can look around much the same as a VR headset in MSFS). Those same goggles can also display 3D if you have two cameras mounted as a pair and two separate channels for the transmission of the video feed. Flying an r/c plane is a blast in FPV even in 2D, as despite the lack of stereoscopic vision, you are really, REALLY still up there in a real (if tiny) plane and if you crash, it’s also for real.

However VR headsets in flight sims with 3D offers the main immersion boost we all enjoy. Much more so than flying a model, which I happily do with only 2D, as flying in real weather in a model is so intense you don’t notice the difference as much.

Also notice the tiny fan on the top to preclude fogging of the lenses. We model plane flyers have had that since the very early days. 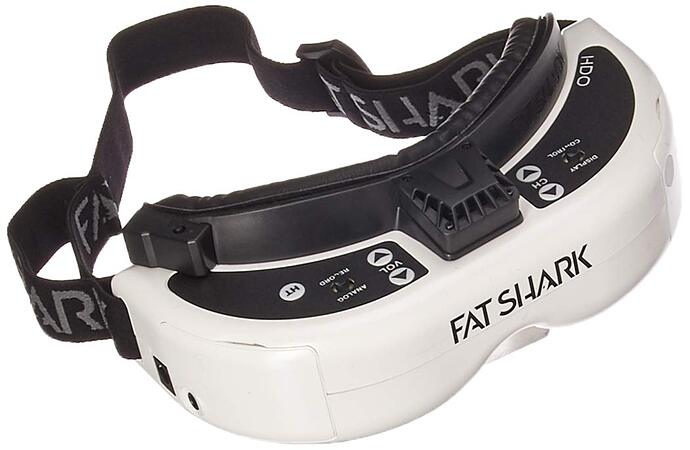 If I understand your question correctly, theoretically the answer is yes, you can play MSFS using a VR headset in 2D mode. I see no reason why you couldn’t pair it with a head tracker pointed at you (perhaps mounted on top of your monitor) and then have that movement reflected in the headset.

I have a Meta Quest 2, and when I initially I load the game it’s just like looking at a large TV from 1 or 2 metres away (sort of how a computer projector looks on a wall when someone’s doing a presentation).

Sometimes I accidentally load the flight without entering VR mode, which definitely improves performance, obviously without the 3D effect though.

I believe software such as VorpX might be capable of rendering games in different types of 3D modes, which may or may not improve performance. I believe VorpX may also offer the ability to add a limited type of 3D experience for some older games too. I’ve never tried it myself but I have read some good reviews.

I don’t understand very well how to use a “head trackrd pointed at me” (if that is necessary). I think it would be much easier if Flight Simulator 2020 just give us the option to play in 2D using our normal headset. It would be kind of another “graphic option” to choose in the menu (maybe it is very easy to implement), for people with not such a BIG hardware to play VR smooth enough.