Valley of the Khans 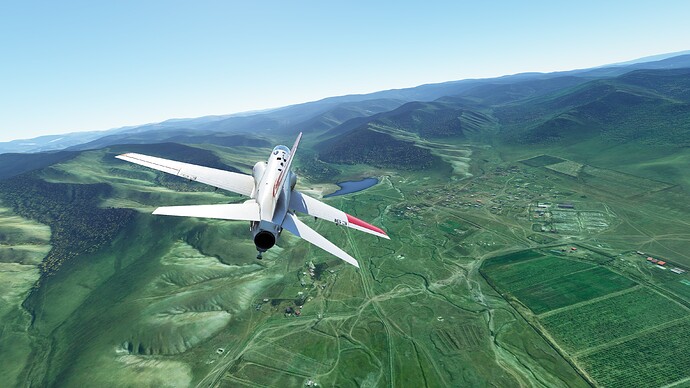 I flew 5 minutes north from ZMUB and did not find the grave. Where is it?

Well, as the story goes, they diverted a stream over it. That would put the tomb right off the wing of my T-45. There was a fellow who used his GA plane to scan fields in France for old Roman forts. When humans churn up the soil, the greenery never looks the same again. Once you find that valley you can’t miss the signs of thousands of horses and human habitation.

Once you find that valley you can’t miss the signs of thousands of horses and human habitation.

Well, so you also did not find the grave yet, right?
There are many valleys, many horses, and some streams in Mongolia. But not that many roman forts. And 5 minutes in a T-45 are different from 5min in a Cessna.
All a bit scetchy, mate!

Well, it wouldn’t be fun if I knew where it was. I think I’ve found it. YMMV. I can give you the Google Earth coordinates if you like. It’s under snow in their photos. 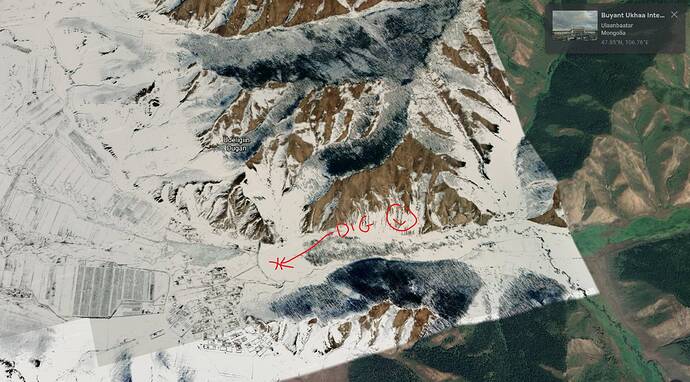 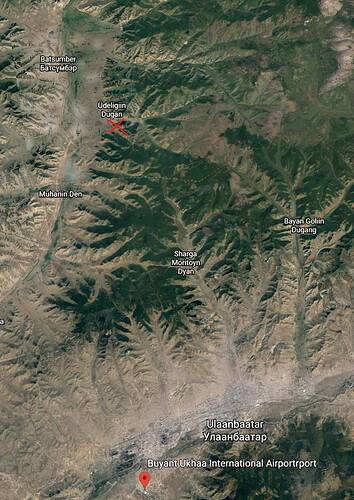 Thank you very much, @OldpondGL,
for your detailled response! This description is much more clear!

Spotting it in MSFS would be fun indeed. But general quality of the satellite coverage leaves a little bit to be desired. You cannot even find the Nasca lines in Peru in the sim, although they are clearly visible in Google Maps. In Bing maps they look like artifically blurred.
I might dig there at your spot as well. It depends, how far I can drive the plane of the sim underground

But according to Bing maps I will need a submarine. The spot in your picture seems to be a lake.
BTW: Now I also recognize the place in your Screenshot. Thanks!

Maybe you can join Albert Yo-Min Lin and his satellite picture based search for this grave (see Tomnod - Wikipedia )?
Well anyway, was a pleasure talking to you. Happy flying!

Once you fly low and slow there you will see there’s no shortage of water, and no reason to put a man-made reservoir there. You can see the evidence of the quarry off to the side. It’s a very cool place, and I get chills flying over there every time.

I have not flown South America yet, but I will check it out.