Valve Index and others

This is a good VR headset for MSFS (plus other titles as well) - According to some reviews - And has good compatibility with Steam - It’s a bit expensive though! - Higher FPS can be achieved due to a lower resolution but is still a good experience

The headset can be bought separately - and other bits could be added later on - Is the headset on its own all that is needed for MSFS?

Does Valve Index allow for use of a lower end GPU? - I don’t mean low end GPU but older GPU such as GTX 980 for example or GTX 1070 - And still provide good FPS?

Also are there problems with use on AMD CPU’s? - It’s good to cover both bases for Intel CPU’s and AMD CPU’s.

If there are CPU compatibility problems in real world use - Are these software based problems? - or hardware problems that may need future hardware updates?

Any good information appreciated here please - It seems HP Reverb G2 is great for higher resolution stuff but is a 4 K resolution @ 2160 P - If I was playing on a monitor I’d be using 1440 P - So, the relevance here is that Valve Index resolution is close-ish to 1440 P isn’t it?

Is it correct that Valve Index is the best all round VR taking everything into consideration? - Thanks

I did find this link - headsetsbenchmarks.ul.com/compare/best-vr - which shows other makes of headsets too - Thanks

Is it possible with the Valve Index - Just to use the headset only for MSFS? - Without setting up the other controllers? - Any info would be great - Thanks

Is the headset on its own all that is needed for MSFS?

Does Valve Index allow for use of a lower end GPU? - I don’t mean low end GPU but older GPU such as GTX 980 for example or GTX 1070 - And still provide good FPS?

you won’t need a 3070 minimum like for a Varjo Aero but you’ll still require something better than a GTX 980 for decent fps.

Also are there problems with use on AMD CPU’s?

I’ve never owned an Index but I’ve never heard of problems with AMD.

Is it correct that Valve Index is the best all round VR taking everything into consideration?

imo I don’t think so. The best all round VR headset is the quest 2 as it’s so versatile…but if you’re only using sims some will say the G2 is best as it has high clarity. The best for MSFS is the Varjo Aero but that is very high price.

What are your specs? I would advise a quest 2 or a G2 if you have the pc (gpu mainly) to power them.

Hi - Thanks for the info so far.

As for specs I’ve got an Intel 10th Gen & an AMD 5000 series which will do very well as other users have good results here.

Also got one or two older systems like X99 - And with cheaper Xeons after they became lots cheaper could use one of these - This was a system that is built up already with SATA SSD - The Xeon has been turbo Xeon unlocked to give a boost to 3700 Mhz (3.7 Ghz) all cores mostly - And is a 16C|32T part with 40 MB L3 cache.

It seems like the Valve Index would be good because the resolution is slightly less and does get good results from what I’ve seen and works well with Steam.

The HP Reverb G2 is better but needs higher system specs to get good results as the resolution is basically 4 K 2160 P.

EDIT - With the Valve Index - Are the necessary cables included? - Such as DP cabe? - I assume there is a DP port on the unit?

Hang on a sec, it appears like you need atleast 1 base station (this is the sensor) in order to use the Index, see:

r/ValveIndex - Can the Index run with base stations turned off?

I know other SteamVR headsets like the Pimax’s and the Varjo’s do not need to base stations, they have internal sensors in the headset that allow 3dof (with a basestation you get 6dof), but the Index doesn’t have this it seems. If i were you I’d double check this via google searches.

All is not lost if you are really wanting an Index, the basestations can be bought new for about £149 each (you only need one). You do not need Index controllers for MSFS.

It’s correct the Index does not have the resolution of a quest 2 or especially the G2 so it might be a bit easier to power, gpu wise.

Is a gpu upgrade out of the question? The Index is relatively old tech VR wise. By the time you’ve bought an Index headset and base station, you might not have much change out of buying a better gpu (plus sell your old one) and a quest 2/G2.

With the Valve Index - Are the necessary cables included?

I’ve never purchased an Index but have purchased 9 other headsets and the cables have been included, except for the quest 2 as that doesn’t necessarily need a cable as it can operate wirelessly and standalone (certain games - msfs isn’t 1 of them - can be installed on the headset itself).

The base stations are referred as well to “light houses” - The motion sensors.

If someone is playing MSFS or a car driving game - Then the base station motion sensors are not needed - It’s just getting the understanding correct!

yes base stations are also known as light houses.

that reddit link i gave in my previous reply says you need atleast 1 base station sensor to use an Index.

However they are not needed with other SteamVR headsets like the Pimax’s, Varjo’s.

they are not needed with quest 2 and G2 as these have their tracking sensors built into the headset, it’s called “inside-out tracking”.

Yes this is good info.

I’ll have a look at Primax but I know Varjo is very top end - so the higher end ones I’ll leave for now.

The resolution on the Index is lower than most, so you may have trouble making out some small text on avionics. Generally the focus/zoom mode should resolve that.

Personally I found MSFS in VR with the Index to be underwhelming, and went back to a 3440x1440 flat monitor with full visibility of myself, my hands, my controls, my mouse and keyboard, and my EFB tablet.

Oh - you decided that being on a 1440 P monitor was preferable to Valve Index ! - So it was a disappointment to you? - Are you being picky? - or was there a genuine quality problem? - Index are pricey like everything but if the cost is underwhelming genuinely it could be a problem

Regarding EFB tablet I needed to look this up - Electronic flight bag - Wikipedia - Best not discussing this now but that could be another topic of conversation entirely of VR!

(I genuinely prefer the experience of a flat monitor and being able to see the physical world around me at all times. The one specific limitation of the Index is its lower resolution compared to more recently released headsets, but this doesn’t enter into my dislike of VR after trying it.)

Yeah; the literal panel resolutions don’t exactly match up because of the wider FOV on a VR screen vs even a wide-panel flat screen, but I kinda felt like the raw resolution of things like avionics screens was similar between 1440p flat and the Index. Maybe a bit blurrier on the Index due to the FOV stretching, but not much worse.

I hear great things about owners of the Reverb G2 as far as its resolution! But that does take a price in terms of GPU power. I have an RTX 2070S and found the performance on the Index adequate once tuned. An older 1070 might be a bit slow for the Index, and you’d definitely want something beefier for the higher-resolution headsets.

Always I was reading a little on the Occulus Quest 2 & Rift S - And also, Occulus is now known as Meta Quest.

Do you think the lower resolution VR Headsets will still maintain a market position? - comsidering the GPU needed to power them?

Some people complain / mention that MSFS is not coded / optimised in the best possible way for effeciency of computer resources - eg - CPU and multi-core-threads etc… but the situaiton has improved a little over recent months - Is this correct?

Honestly it’s gonna take a while to cycle the existing 1000 and 2000 cards out of the market, they were already both pretty good.

I think mid-range stuff that works with the older cards will stick around for the budget-conscious gamer for some time.

MSFS definitely has some … idiosyncratic points of slowness in its system

but honestly it’s inherently a bit different from most games because it’s doing a lot of number-crunching on the atmospheric simulation, and has a bigger scale that most non-flight-simulator games. So it is inherently more CPU-hungry, and some of that code is well-optimized over threads but some of it is not. I expect MSFS will continue to improve on that front, but that single-core performance for the main thread will continue to be critical for a smooth experience on both “pancake mode” and VR.

If getting a new card, something to consider is also VRAM – MSFS scenery is very VRAM-hungry, especially running at higher graphics levels, so don’t skimp. An 8 GB card is not overkill at all for MSFS, I have to tune a little to keep from overflowing VRAM in Los Angeles which is a busy area.

Yes 8 GB is definitely not overkill - After the last CRYPTO-CRUNCH when GPU’s were cheaper circa 2018 for my sins I got a GTX Titan X which is basically a jazzed up GTX 980 Ti but with 12 GB VRAM.

As far as MSFS goes the GTX 980 Ti is underneath the GTX 1080 Ti which were both top of the line cards only a few years ago.

The reviewers at the time mentioned it was only 3% above a 980 Ti - But if all 12 GB could be used how much would this help? - Maybe not that much?

OK the situation becomes a little clearer after comparing the different devices.

All these are pretty good from what’s been online. Below is a link for someone using Quest 2 - And it looks pretty good! 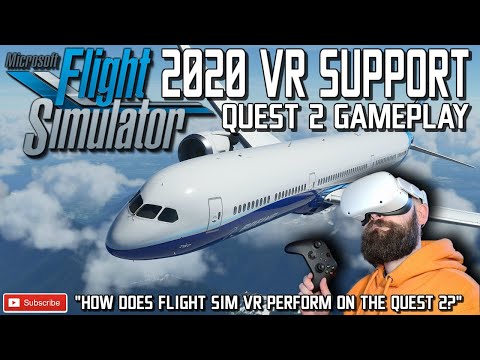