Please Asobo can you fix this ghastly white overlay that has bugged VHHH airport since release. It continues over the mountain behind. I have a 3rd party payware airport and the white ghosting image causes texture flickering from a distance also. 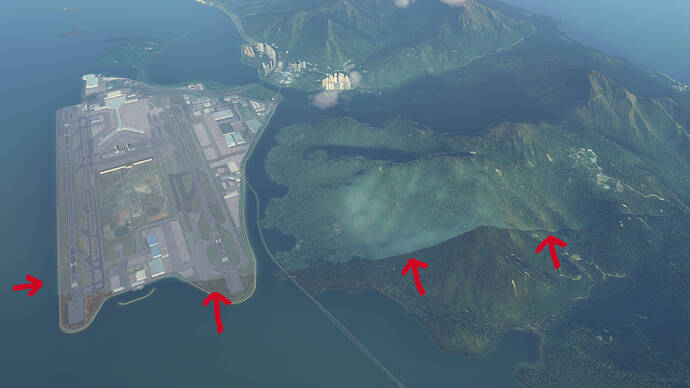 Asobo have basically said all this kind of stuff will be fixed by updated bing data in due course as their satellites work their merry way around the world.

Bing data is collected using aircraft flying grid patterns, Jorg mentioned this on release, not satellites, So not sure where you got your information. And I’m not asking for new Bing data. A simple tile replacement to take the white ghosting tile further north so it skips the airport.

There is a large list of missing airports, and airports that need corrections. The list is being maintained here on the Forums.

Some are International airports, many have been flawed or missing since launch.

It would be awesome if Asobo assigned this kind of task to a 3rd Party partner to handle. They do have a number of partners helping out with scenery. This would be an easy task for folks on those teams.

Perhaps even skip a World Update and do a massive “Airport Refresh” instead. Get caught up on the Airports that desperately need attention.

Bing data is 99% from satellites, the ariels are for the HQ photogrammetry cities and places of particular interest. How else do you think they can cover nigh on 60,000,000 square miles of land?

Just as i said. Hong Kong is a city. It’s data is grid sourced from flying over it not Bing.

Actually you said they don’t use satellites. Without flying there I can’t say if Hong Kong has best high density photogrammetry or just the run of the mill Bing maps quality which could be up to 7 years old.

And besides all that who wants to be shot down by China for spying?