I don’t believe the Broken Weather is even on the Bug list for the beta … so it would appear not be be of interest by Asobo to fix.

Weather radar was broken by SU7. It hasn’t yet been acknowledged as a bug so it’s important to make it known don’t you think? A couple of us raised the bug prior to the beta but unfortunately it hasn’t been addressed.

This is not a general bug that’s always been there we’re adding to the SU7 bugs. Since they want feedback before releasing the final build, I don’t see the harm in reporting it, it might be an easy fix they can push. If you don’t use weather radar and weren’t aware it is a new bug, no need to comment really and just let Asobo decide if the feedback is valuable rather than continually telling the forum what it can and can’t report. With all respect, it’s not for you to decide.

I have voted for this to be fixed. My comment wasn’t specifically for this, just a general notion as there are lots of issues reported here and expectancy seems to be quite high that they get addressed with this patch. Unfortunately it leads inevitably to unnecessary disappointments afterwards when they are not.

Its really not the end of the world, and certainly does not stop you from flying in the sim.
SO, the Scanning Motor is broken, the answer is you effective update it manually by switching between Horiz and Vert Mode, or turn on NEXRAD

However, I would like to point you to this notion by rsrandazzo over at the PMDG forums regarding the weather radar implementation in general (what we had was nothing more than a nice gimmick)

Great news.
I just got the answer from Asobo that the weather radar issue is fixed and should be available in the next update (probably SU8).
Thank you Asobo.

Great news.
I just got the answer from Asobo that the weather radar issue is fixed and should be available in the next update (probably SU8).
Thank you Asobo.

Thank you @ScorpionFilm422 for reporting it to Asobo, and for perusing it to a resolution.

The sooner feature that use to work, but then get broken in a SU, get fixed, the better for all, including the Asobo Devs, you can probably find the change that broke it a lot faster, if it was a recent change. etc etc etc

1 Like
The Carenado Seneca is one of the best aircrafts (but the weather radar is not working correctly)
CasualClick December 31, 2021, 10:03pm #33

This defect has been officially logged with the Dev Team.

Please see this view to see all currently logged defects.

That is good to hear that this bug is logged. Because the weather radar in the Seneca was functioning absolute perfectly like a dream 6 months ago, which can be seen in this video here 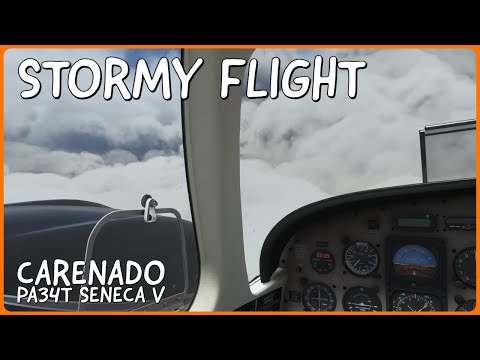 Are there any news about when the weather radar will become implemented again in the FlyByWire Airbus and the Carenado Seneca, and the Garmin GNS 750?

As soon as Asobo releases an Update, that includes the “Radar NOT Scanning Bug FIX”, in the core sim,