When I fly over places with palm trees and in particularly Los Angeles, there are these weird high mini towers on the road, beach etc. I think those are palm trees but they don’t get recognized as palm trees by the A.I.

Maybe a future problem to fix. Nothing big but would look nicer if this was fixed.

An example would be useful, with an exact map location.

Pics or it didnt happen

He’s most likely talking about the photogrammetry trees: 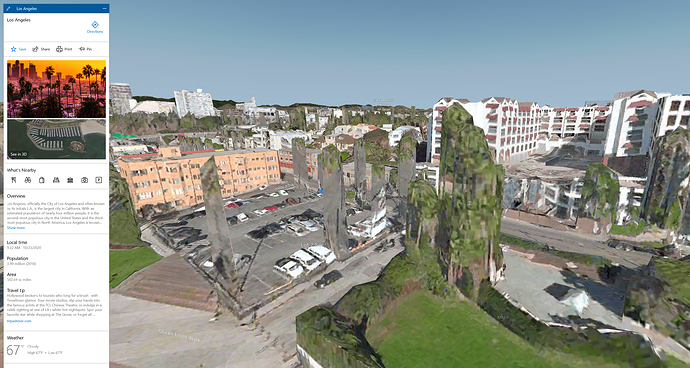 The AI should be finding these “green blocks” and replacing them with autogen trees, but that feature simply hasn’t been implemented yet. Been brought up a whole bunch of times on here, but I’m sure it’s in the backlog along with 100,000 other feature requests.

He’s most likely talking about the photogrammetry trees:

The AI should be finding these “green blocks” and replacing them with autogen trees, but that feature simply hasn’t been implemented yet. Been brought up a whole bunch of times on here, but I’m sure it’s in the backlog along with 100,000 other feature requests.

Yes thats the right example, not home right now so I can’t make any screens thanks for putting in this screen. Perfect example.

Yep, spoiled my video going over Santa Monica: https://www.youtube.com/watch?v=rHj_mrV8bdM&list=PLmzOsvLA0dhm8PcB-zr5Urkj3pQ2N0xxy&index=7 (3 minutes in). Look like Roman columns. Will have to redo once fixed.

Exactly what I mean.

The devs need to train their AI to supress geometry from trees in photogrammetry areas. The whole photogrammetry thing looks like it’s still in experimental alpha state.

I have submitted a Zen ticket to address this. I’m not the only one. The problem is not only not imaginary, it is very unfriendly from an immersion point of view to those of us who spend alot of time flying over areas known for their palm tree populations ( Florida, California, Oceana, etc.)

Just want to add my agreement . Live in L.A. and enjoy flying in the land of palm trees and they all look like strange columns with leaf textures. Hope they can fix it.

I just noticed this when flying in LA yesterday. Look at the lines of strange obelisks along Sunset - 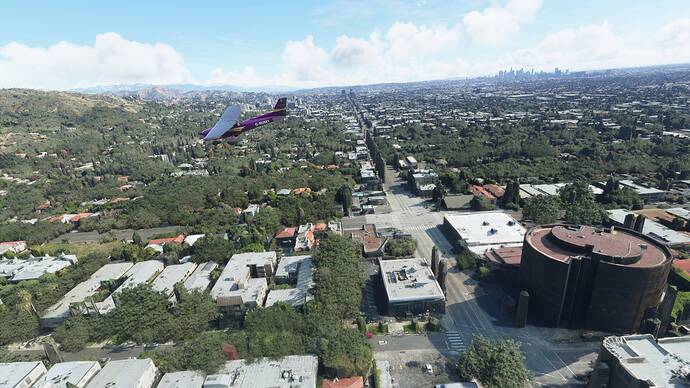 The MSFS lead man did say in a blog interview last week that the AI is a ‘learning’ and active process and that the imagery and photogrammetry should do nothing but improve over time.
That said - in the meantime they are creating library objects too, but only for their own POI locations. The whole idea was to turn those infinite and time consuming, resource heavy tasks over to the AI.

Can’t improve until Bing and Google improve their 3-D representations or if FS can eliminate those spikes. Then someone can put palm trees in by hand. Tee hee.

There is a ‘4 Seasons’ add-on that seems like it would fix it, but it’s not cheap. I might consider it though. https://secure.simmarket.com/bijan-habashi-4-season-pack_free-lod-for-msfs.phtml

I doubt a tree modification mod will change anything about Photogrammetry.

It doesn’t, you are right. LA’s still full of spikes where our gorgeous palms are.

As others mentioned, it’s a known problem with photogrammetry trees. We will have to wait until Asobo fixed that. Since it says in feedback snapshot that they have started on seasons, I assume they would have to fix the photogrammetry trees first, in order to make seasons. 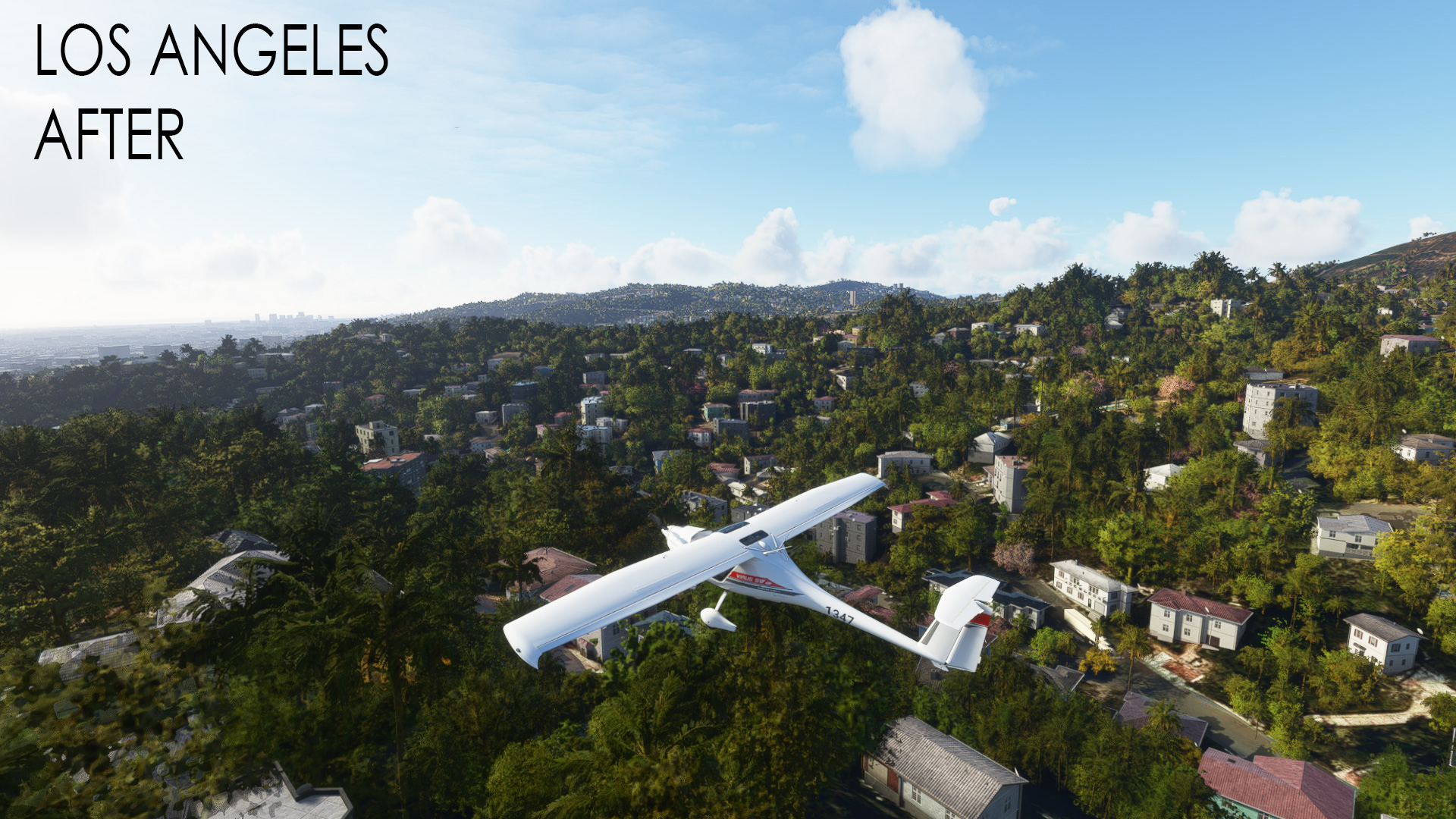