There is only one negative aspect of this plane: It has no autoland, and not autothrust,

What? That’s the big positive aspect of this plane. Automation is boring. I want to fly the plane, might as well be a passenger otherwise

So the DC-6 is easier to fly than the 247? I figured the extra engines would be more difficult.

The 247, as modeled, is highly sensitive to oil temperature as it affects oil pressure.

While the DC-6 has failure systems modeling, they are more stable and less prone to sudden and abrupt changes warranting a constant eye from the pilot.

Furthermore, the AFE can be set to manage it all for you, thus removing the workload of the pilot.

It’s fantastic in VR too. I love flying it.

Throwing my two cents in to say it’s fantastic. She’s a big bird and you can feel it in the controls. Those engines are more than happy to destroy themselves in short order if you don’t manage them properly and that feeling of raw power is palpable even behind a single 16:9 monitor. Overall, definitely one of the most enjoyable aircraft you could purchase, in my opinion.

For realism I actually let the AFE handle most of the engine settings as they did in real life. However, I do disengage the AFE when I need to adjust the BMEP on the approach. It’s not as advanced as a real flight engineer so you will need to make some throttle adjustments yourself to get the speed right in order to deploy flaps, gear etc.

Check out PMDG:s Youtube channel and watch their DC-6 tutorials. This is not an aircraft you just learn by flying, you need to do some research before. The 247D is, apart from the sensitive oil pressure thing, much easier to fly than the DC-6.

Don’t make my mistake and wait to long to get it. I was hesitant because the group I generally fly with had it and were generally reliant on the built in flight engineer to do most of the work - which didn’t appeal to me at all. Eventually I learnt that this didn’t need to be the case, and that it was possible to do it all, and I regret not jumping on it earlier. At the moment I will usually get the AFE to flick switches prior to start up, but from there I take over. It is great to hand fly and FOR VOR to VOR navigation. It is also really easy to land, but you have to plan things out - get down low and then give yourself space to slow down.
I have the BAe146 and I love flying that as well (particularly VOR nav), so I think owning and flying the DC6 is a no brainer.

Yes because the Airbus is the only plane that has noticed how bad I am at handflying! The only plane that is honest to me because it exactly knows what situation will come without precise pre-programming the MCDU.

Every other plane says nothing - but just makes loud crash sounds.

I’ve brought it!!! Absolutely loving it!!

How do I regain control from the co-pilot? I used the function for start up and take off but when I unselect the copilot thing I noticed that I cant use my throttles…

It throttles back but quickly goes back to a setting…

Loving the detail though

Turn him off on the EFB

It’s very… old. It has a gyropilot, so it can follow a GPS track and climb or descend in V/S, but it is pretty primitive, and going VOR to VOR would be far more realistic for a plane of that era (although afaik, there are some around with GPS units - which is why PMDG modelled it). No autothrottle, and you need to be constantly watching over it. It’s very fun to use though, I haven’t touched it for ages, but I should…

Yep, NanoVG is standard now, so you’ll probably gain like 10-15fps too

I belive the TEAL (Air NZ) DC-6 were used for long range transtasman flights… how do we do those ocean flights in regards the VOR range?

Celestial navigation (please don’t ask me how that works, I haven’t dipped my toes in that topic yet. 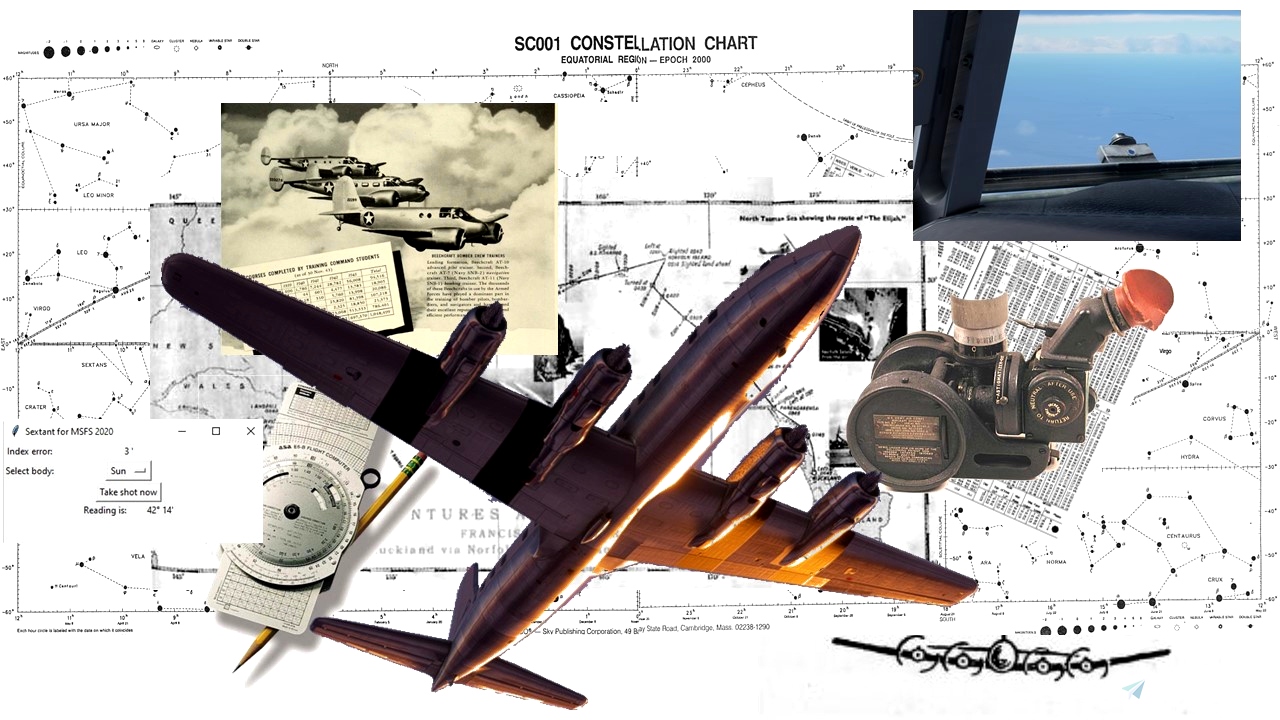 ✓ CelNav for MSFS - Celestial Navigation Sextant is a Microsoft Flight Simulator 2020 mod created by ElectronVolt. Download for free to enhance your experience in MSFS 2020.

Or you fly the VOR out as far as you can and then maintain the course as precisely as possible (taking wind drift into account) and hope you end up within the rough reception range of your next VOR on the other side.

Somewhere around this forum this topic has come up and there is also a mod that simulates the ships that would provide radio service for transcontinental aircraft back in the day.

I wish these sorts of mods could exist on the Xbox…

Have to say I am really really enjoying this latest purchase… The ghost FO is amazing as I am getting the hang of flying this bird, have tried to do it myself but darn… Things quickly heat up… literally heat up on the engine stress page… So grateful to have had experience with the BAe regarding the VOR to VOR flying in something more faster than a C152… Can be a little fiddly though with the autopilot and find sometimes it yaws side to side to capture and keep on VOR track!!! 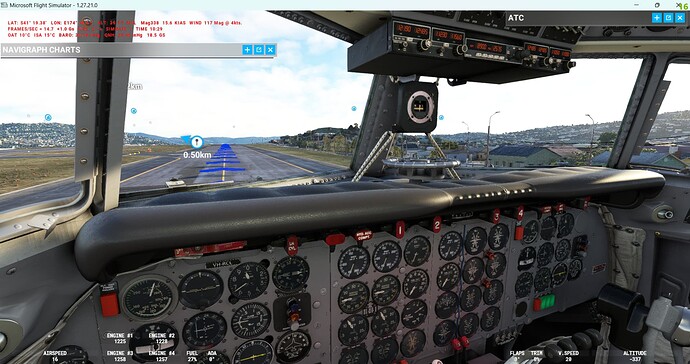 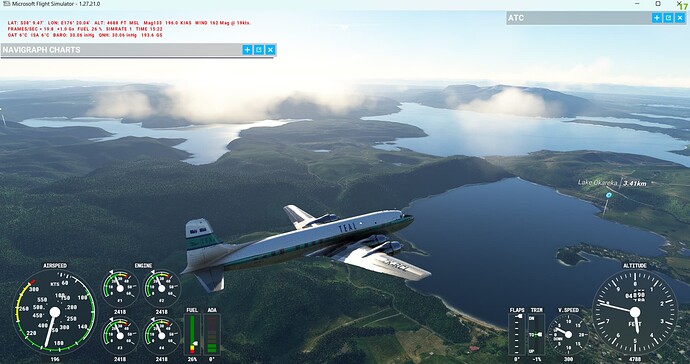 Flying it with TrackIR is a joy! 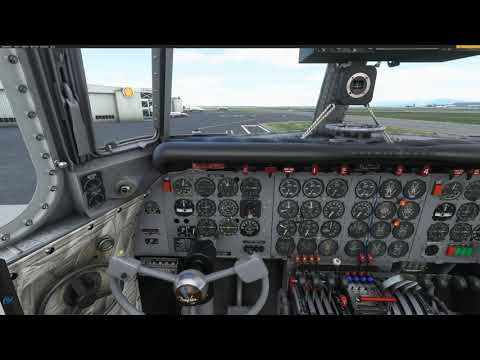 autopilot and find sometimes it yaws side to side

This is a reported issue on PMDG’s forum. A number of us have reported this behavior since the last update to the aircraft.

Glad you’re enjoying it! I fly primarily on Xbox and I’m dying for it to make its return to my preferred platform. The only reason I ever fire up my PC is to fly the “Six” or the 247D. I love vintage aircraft!