What the heck is this!?

This brownish rectangle cut off by the horizon as I fly east from sfo to jfk.

Is that a texture tear? 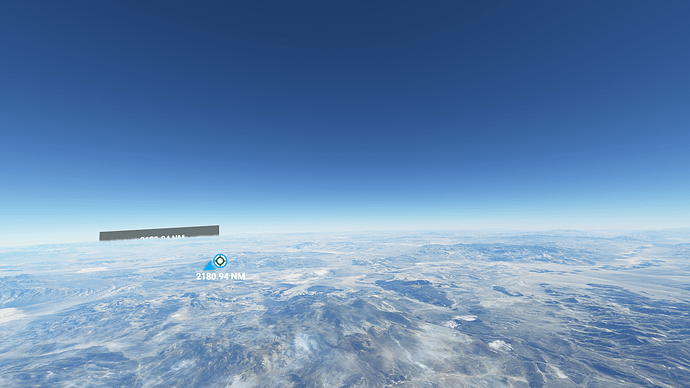 Looks like a POI marker, a long ways off over the horizon. If you are using the Smart Cam, Left CTRL + Page Up/Dn will cycle through the POI’s. Or can turn them off under Assistance.

Is it a POI sign peeking over the horizon?
As you get closer it should rise up to reveal itself.
That would be a cool effect.

Or another plane marker?

Ahh jeez… it’s the KJFK Point of Destination marker. 3 time zones away from the Sierra Nevada mountains, that’s in essence a 45° curve of the earth-- so it doesn’t stand high over the horizion from CA. As I got closer, it did reveal itself to read the same as the marker in front of me. Very strange. Had not seen it do that before, because all my flights up til now-- had been short hops of less than 50 miles in the Cessna 172. This was the first time I ventured out in a coast to coast attempt in the B747-8.

Thanks for the answers and directing me forward.