When making an airport, the default vehicle placed will move by itself?!

Recently I have made some third-party airports, and I found that the vehicles I placed in the airport sometimes move slowly by themselves? Is this a bug? Does anyone have the same situation?

Some of the vehicles that are scenery objects are animated, but not very many. Some baggage trucks and a few others.

Most sim objects are animated in some form.

Annoyingly many of the static versions have been slowly removed from the SDK object list so you’re left with ones that trundle about.

You can’t stop them. If they cause problems you’ll just have to find something else.

The default static model car I placed will also move by itself, why?

They should not be. Unless you are choosing Simobjects instead of Objects. (I haven’t seen any objects be removed from the list, and I’ve been building airports since September I think?).

My bet is you guys are placing Simobjects, and, yes, those are going to move. That’s what they’re designed for. All the Simobjects have matching Object vehicles which won’t move.

I know its been a while, but is there a solution to this for the latest SDK version?

I cannot find Objects in the list, only SimObjects. 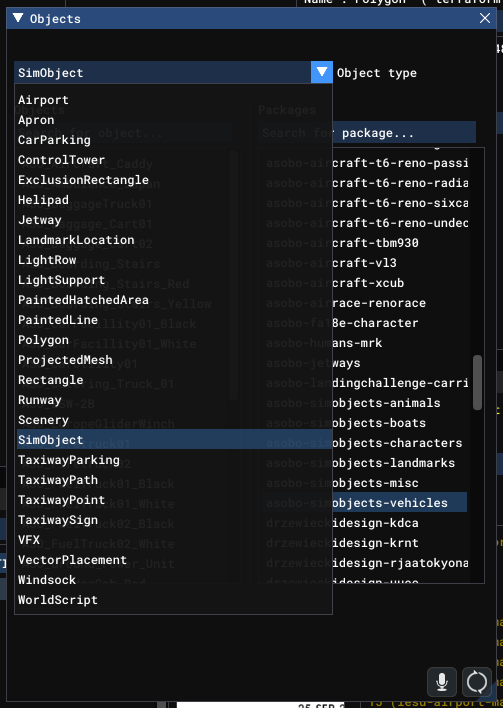 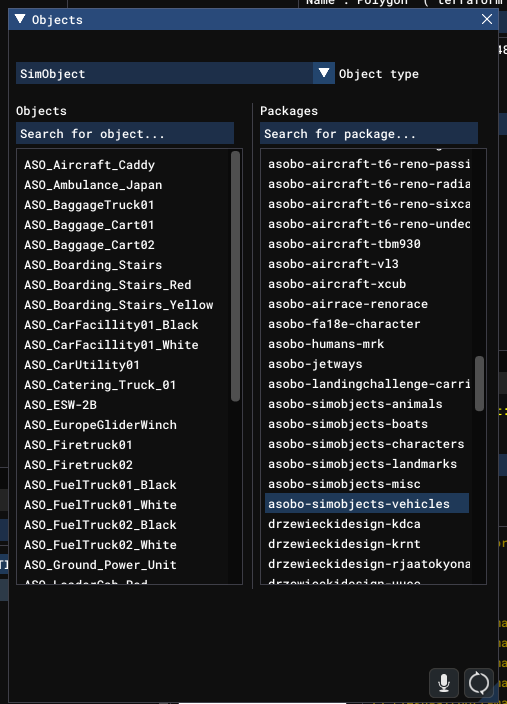 Sorry, I haven’t done any development since the spring. Or maybe even longer than that. Too many bugs to bother, and the fact that I can’t control LivingWorld per airport just took the wind out of my sails. I hate their implementation of LivingWorld. I don’t want all those vehicles on my airports, and I don’t want to affect other airports with my changes. It’s stupid and I have gotten zero response from the development team on my concerns. Not one single response, even a no, we can’t right now would be better than ignoring the problem. To me it’s a major, major issue. Not all airports are international airports. In fact, most aren’t. Why are we forced to treat all airports as either devoid of life or full blown international airports?