Where are the thunder and lightning...?

I am off to Orlando in a couple of weeks so set up the Cessna at MCO and flew a recce. The area was littered with thunderstorms, exactly as real time. The clouds themselves are rendered beautifully, even to the extent where the distant ones have a blueish tint. They have done a brilliant job. But I have not seen any lightning in months now. It would be great to see cell-specific lightning (rather than the generic all round lightning we had before). Nothing better than approaching a line of Midwest storms at dusk and seeing the whole line light up. I am sure they will put this right in due course.

i find that very long time ago but every time forget to mention. start the topic and was saying i’m making same topic:) so i’m here… i flew much in storm or close to storm weather, but no hear any thunder and ne saw any lightning… and now i see only 89 with mine votes… this is… what is this?

I remember in earlier builds the lightning was way too excessive, but it seems like they’ve taken it out altogether in recent updates. Is anyone still getting lightning with live weather turned on?

lightning i saw on youtube. probably they only at custom heavy weather. but no thunders…

I saw a bit of lightning in the summer when I flew from Miami to the Bahamas. The problem with that: it was a few scattered clouds nowhere near enough for a thunderstorm and the lightning occured about 3,000 feet above the clouds and INSIDE the cockpit. That’s one buggy thunderstorm in one the hottest summers in recorded history. And I flew a LOT!

I want my thunderstorms back … in appropriate situations please.

and INSIDE the cockpit

Please tag your post with #pc and/or #xbox. PC Are you on Xbox, Steam or Microsoft Store version? STEAM Are you using Developer Mode or made changes in it? No using DEV MODE Brief description of the issue: Flying today with 787x to the north of South America, more precisely over Brazil, State of Amazonas, where there is a current of heavy rain accompanied by lightning inside the cockpit. I didn’t notice this before. But the lightning appears inside the Cockpit. A bit strange since flying …

Yeah currently there should be heavy thunderstorms in parts of eastern Texas, but in sim it is just heavy wind and rain.

Have flying the Philippines and now Taiwan with heavy wind and huge clouds. I follow the storm for two days now. Live Weather. 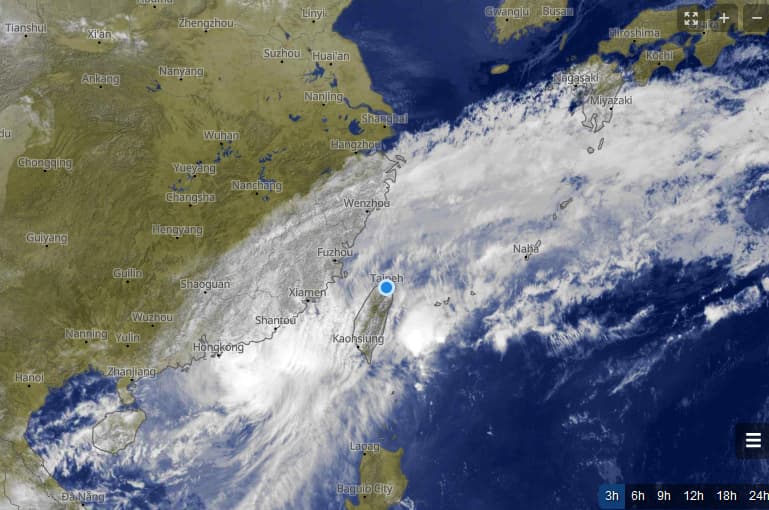 But neither lightnings nor thunder.

I miss them. I want them back.

They’ve been quite a hit and miss.
I’ve seen a video of Hurricane Ian and there was plenty of lighting. I’m starting to think it has something to do with the kind of server you’re connected to.
It’d also explain the mixed results we’ve been seeing - some people get lightning and some don’t.
I personally haven’t seen lightning at all for the past year or so.

The other day, while watching the (beautiful) 40th years edition video, I saw them. I saw the lightnings and stuff. I laughed out loud.

That’s because they’re using weather presest when making their videos.
I wonder why…

Massive storm system in the US this past day, blizzard conditions in the northern plains with huge line of thunderstorms out ahead of the front in the southern US……in MSFS no lighting at any airport I loaded up.

Very disappointed as my only FS2K4 had a very good weather representation with distant lightning, overhead thunderstorms, etc. A passing cold front was modeled and you could actually see it move through. Really miss that, the new MSFS just makes heavy weather boring.

Has there been any updates on fixing this?

Flying into STL and am here on holiday vacation and we’ve had some storms come through with some lightning. Haven’t seen any so far and now that I think on it, out of the over 200+ flights in the last 2 months or so I can’t recall seeing any lightning. I know I’ve flown into or around some places that would have had it. So the question is: Does lightning exist and has anyone else seen any?

After the “what lightning in clear skies bug?” issue they dialled it back but far too much, then when the SU7 METAR update (which ruined Live Weather) came out made it even more sparse and it’s not been fixed at all.

However I have seen it, it is out there, but the actual thunderstorm algorithms have been broken for a long time + I don’t believe Meteoblue are very good at lightning detection as a weather reporting company (I never use them in real life so to speak, always use other suppliers of lightning detection).

So in essence there’s a fair few reasons why you don’t see it, add it to the long long list of Live Weather issues still to be fixed since SU7 dropped.

Not long did that skyline landing challenge - definitely lightning in that

I finally gave up looking for significant lightening in live/current presets, and just created a custom preset for heavy rain and lightening, and gets lots of it when I feel the urge to fly on a “dark and stormy night”.

Thanks for the replies. The METAR/weather listed lightning in the distance and there was some outside in the surrounding area so I thought I’d ask.