Where is all the traffic?

I’ve just started an AI Piloted flight to test out DX12 Beta mode. I’m flying from EGLL, which should be really busy now. There’s only a couple of aircraft in the air. I’ve got live traffic enabled.

A while ago I saw screenshots of actual arrivals and departures at airports in MSFS 2020. Maybe I’m not understanding live traffic.

I expect to see other gamers around the airport at least.

Is it possible to encounter actual live traffic - traffic that’s in the air in reality? The traffic density seems very sparse.

Based on my own personal experience, for the last couple of days there seem to be issues with live traffic being injected into the sim. These issues seem to be temporary and get resolved within a few hours. I hope today is no different!

Online traffic is usually very limited. Offline is the way to go for now. If you just need a quick fix, then this tool will inject more offline traffic than you can shake a stick at: Aerosoft Tool Simple Traffic | Aerosoft Shop

There are 2 AI modes:

Multiplayer (the ability to see other players) is separate, and can be enabled alongside either of the AI modes above.

Thank you @MintAsteroid46. That makes a bit more sense to me now. I shall experiment with these modes.

I cant remember that Real Time AI works as it should since release?! It was a mess up since the beginning, same with the Live Weather…Asobo & Co always tell us they are working on these issues but all they do is to mess up things with every update

Use AIG for the best live traffic. A pain to set up but worth it

Slightly off topic but related: Do you have any insight for why there there is so little off-line traffic? I’m on Xbox and the airports and skies are mostly empty. I have the slider set to 100. There were more AI planes in MS2000 so I’m really baffled.

Live traffic is really cool and I know the devs are working on it, but I don’t understand why the devs can’t/won’t increase the number off offline traffic. There’s not really a workaround or add ons that Xbox users have access to that would help us out.

Xbox user, I’ve noticed over the last few days that live traffic has been almost no existent, I spent 30 mins parked up between the two runways at Manchester while on a live flight tracking app, lots of real activity and zero in the sim.

All good today. I did a flight from EGPK to EGLL with all live/multiplayer features turned on. I used Flightradar24 on my iPad to monitor real air traffic and I did see a few on those flights in the air in MSFS 2020.

The visuals were superb, even on my very modest PC. ATC took me to FL390 and I had no OAT issues. I wish I could record these flights! I do have Nvidia GeForce Experience and I think that has the ability to record a game, so I will give that a go.

If I still had my xbox I’d be hoping Simple Traffic gets a marketplace release quickly. Not sure if traffic on xbox is throttled back for framerate/hardware issues or not though. I’ve certainly seen more airport traffic since switching to PC. Liveried traffic make a huge difference in experience though, even when mainly at gates. I run with Live Traffic ON and static gate traffic on with Simple Traffic installed and am very happy with it.

What is the ‘liveried traffic’. Earlier today I was going through every single setting on the PC version. I recall seeing two option with the word ‘Generic’ in them. I set them both to non-Generic. Is this what you mean?

I’m referring to Simple Traffic add on. Which I think will be an XBox best seller because of the liveried traffic it places at airports and gates . It uses default MSFS AI modes though and just adds liveries.
My current settings on PC are
Aircraft Traffic Type : Real-Time Online (for live traffic , or more accurately a subset of what is live, most times you have to wait for traffic to appear/land)
Ground Aircraft Density : 70 {controls number of static aircraft at gates}

If you are not seeing any traffic, head to a busy airport like Frakfurt and it looks busy. If you get the Simple Traffic add on and it becomes liveried and busy.
The PC version has other AI solutions being worked on, but I doubt they will make it to XBox.

The generic settings I have are - 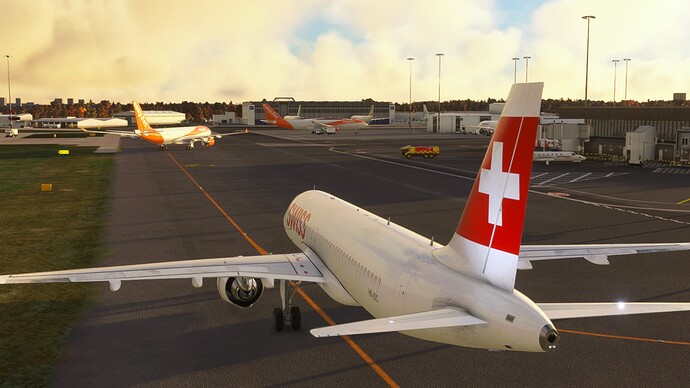 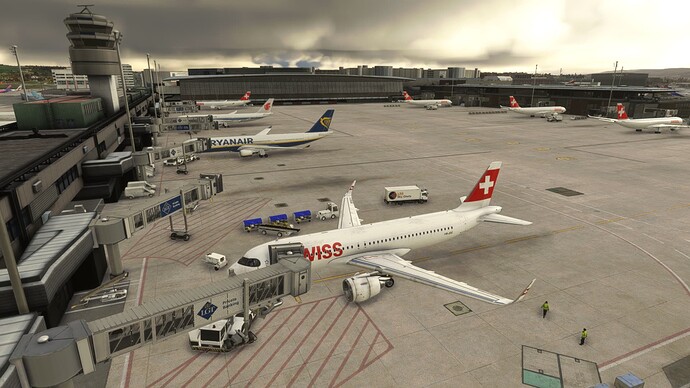 Multiplayer off, live traffic on, question to all, has anyone ever witnessed an aircraft take off?

I have not. I barley see any other aircraft offline or on.

ST with Offline AI does have Departures. Happened on my first flight with the product.

Does ST by any chance manage to stop airliners who end up on go arounds from buzzing the airport at 300ft. It was amusing at first but I hate seeing this so much I just can’t use AI offline mode.

No, that’s an underlying AI code that neither AIG or ST can address.