Why are so many airports missing?

I trust that MPTO will eventually arrive in default MSFS,

@aracines I wouldn’t count on it. … (I just checked, and there are no freeware versions of it on flightsim.to).

See, there was one on flightsim.to (Tocumen International Airport (MPTO) » Microsoft Flight Simulator), and interestingly it is now deleted by the author. Seems like someone does not want another Operation Just Cause…

Is MPTO deleted in P3D, XP11, or FSX? No,…but why not? I mean since P3D and XP (both with only higher costing licenses) are actually considered official training packages.

There are a couple other freeware MPTO’s available too for MSFS, why are they not deleted as well?

Perhaps flightsim.to was not a good business arrangement for ARKA506? Or has there been a statement released as to why it was taken down?

But still, if the gov’t was so concerned, or if Microsoft had to “abide” by some official mandate, why are there any Panamanian airports in MSFS? There is all but 1 to the best of my knowledge.

Look, of course the MSFS development team and the gov’t of Panama can decide and do what they want. All I’m saying is that there is no valid reason given as of yet as to why MPTO does not exist in MSFS as a default airport. I’m not saying it needs to be a highly detailed handcrafted masterpiece, I’m just saying it makes no sense that an airport just 11.8 NM from MPTO exists in the sim but MPTO does not exist.

P3Dv5 was very recently released too and it had no problem with including MPTO, and this is why a problem in MSFS just does not compute.

I said all I can on the matter and await an official statement, perhaps in a Q&A, if it will ever be given.

Google BlackShark AI. You will find that it is a pretty amazing piece of software. No human intervention is required. The dependance on sat data is absolute. If the data is corrupt then the AI will by pass it.

The next search should be the censure of sat images and you will learn that there are a whack of agencies out there that are “requesting” the limitations.

Airports, in particular, have been a favorite target for a long time and as such security agencies at many levels strive to restrict access of sensitive areas from the general public. Having an accurate 3D model of those areas that anyone can access is counter to those restrictions and I am sure some agencies are pulling out their hair trying to place restrictions by any means they can. Some software developers are going to be more receptive than others.

We’re going in circles in this thread, cause it was already established that Asobo added 37000 ‘hand edited’ airports.

The idea that they are all autogenerated doesn’t seem to be true.

But I’m willing to consider Bing Maps dependency and the AI skipping over alerting Asobo they need to start painting an airport.

Please keep in mind that the posts in this thread discussing the involvement of outside agencies is specific to those airports that have been intentionally blurred out or a few of those with ties to military operations that, although not blurred in the images, have not been modelled in the sim.

In no way am I or others suggesting that all the missing airports are due to a conscious descision to remove them. There are plenty of instances of feature that simply do not appear as a result of poor or nonexistent image data as a result of extremely low res or weather obscured data. While there are a sizable number of airports that have been "tuned’ by the developers, the vast majority are generated purely by the BlackShark AI. That is what they do.

Garbage in. Garbage out, explains most of the missing airports, but some have most definitely been selected for elimination by someone. I am pretty sure that Asobo/Microsoft are not making those selections voluntarily.

I think the missing airports are missing because there’s insufficient data to build it.

There are missing airports in Alaska and Canada, and the Bing map just shows clouds where there’s actual airport. I would like to see Asobo address those missing airports, but I don’t expect it in the near future.

Not all. Lake hood strip was here at the first release, and was good, but has be deleted after patch #2. signaled multiples time on zendesk since october, never come back.

Is 14/32 still operational?
I had heard grumblings that it was going to closed and just the water strips would remain active?

I remember flying in and out of there in the 60’s. Was stupid busy then. I can only imagine now. Heard they got designated, “Busiest waterdrome in the world”! 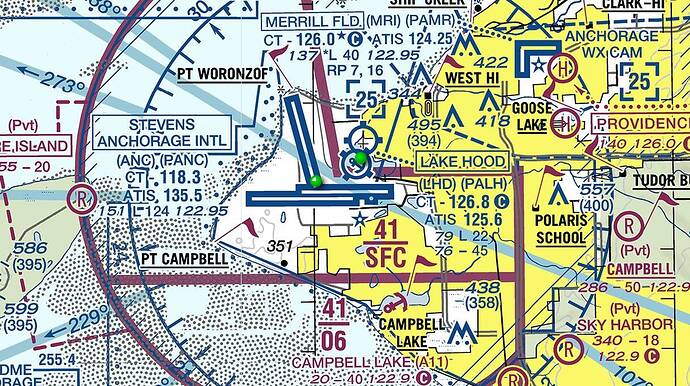 On Airnav, it seems to be active, both gravel and water. it is jst the name “Z41” that has been decommissioned and gravel runway has been merge with waterdrome under PALH.
Perhaps Asobo had done the mistake and believed the runway/airport had been decommissioned (as they never verify or test anything…)

IF terrorist groups want to attack they will attack, MSFS or not.

@aracines Take that up with whomever requested/demanded that Bing Maps pixelate them in the first place. Like I said, MS didn’t do it just as a prank. I think it’s silly too, but apparently they don’t.

In ASOBO, they just don’t have the resources to keep up with everything, put your heart in peace

@URAGANOdiPIOMBO that’s a crock of ■■■■■■■■■■■■■■■■. I can assure you MS/Asobo want those airports in the game. And considering they have the unaltered photos with which to do it (automatically, with no human intervention required, so Asobo’s resources, or lack thereof, are not relevant), so they could, but an outside force, most likely foreign governments, is requesting/insisting that they pixelate the maps, meaning they don’t show up in the sim.

I think it’s not MSFS being refused by ‘governments’.

@ememPilot, then who do you think might be doing it? Whatshisname who wrote X-Plane? I’m pretty sure MS would blow him off. Foreign governments, not so much.

based on what your personal knowledge ???

automatically, with no human intervention required, so Asobo’s resources, or lack thereof, are not relevant

in fact, the choice of the automatic system is precisely because they do not have the resources to fix things manually, and the condition of many airports that have never been fixed for 6 months confirms this

most likely foreign governments, is requesting/insisting that they pixelate the maps, meaning they don’t show up in the sim.

even those you find on google maps and of which navigraph provides you with the map ?? but don’t make me laugh

Please do us all a favour and go back to the start. Read through the thread. All the explanations are there. Believe what you will. Both Google and Microsoft are bound by laws of the state. Each to their own degree abide by the “requests” of the countries they do business with.

I know that we are nearly 20 years since the last time MS Flight Sim was used to train terrorists but trust me when I tell you, it is not forgotten.

Both Google and Microsoft are bound by laws of the state

It is just the demonstration of the rough work with which this simulator started,
today those who want to make an attack do it in central London with an explosive belt, they do not go looking for trouble with a nuclear submarine - air base lost on the Scottish coast

Don’t read the thread then.
That’s fine. Entirely your choice.

I can understand when certain airports are missing because they are sensitive/military-use airfields. What I don’t understand is when major civilian airports are missing but 1) their information is publicly available in AIPs published by national aviation authorities and 2) they are previously represented in FSX/P3D as a default airport (i.e. they are not actually censored as some here would like to suggest otherwise). Examples of such include MPTO, EHEH, EDDS, ZSHC, etc.

I have said this here in this forum before and I’ll say it again. Perhaps it’s time that we move towards more appropriate data sources for airport generation/creation, i.e. proper aeronautical information sources, instead of relying too much on Bing satellite imagery. I know Microsoft probably is very keen to showcase their Bing Maps product but Asobo/Microsoft needs to decide whether they want this sim to ultimately be a scenery sim or a flight sim.

Asobo/Microsoft needs to decide whether they want this sim to ultimately be a scenery sim or a flight sim.

For me the choice has already been made and it is also quite clear,
but we are off topic, too bad

The only addition I’d make to it would be…

What can I do if I really want a missing airport? → Report (see above) and / or look for a third party add-on… Or make them yourself.

To get some numbers, I had a look at all aerodromes mentioned in the Belgian AIP:

Note: I only checked in the map screen if they were in the list, not loaded them all in the sim to check details / bugs