Why Weather Radar API still missing after was anounced for sim update 10?

in many of the weekly updates and in the dev Q&A they announced that the Weather Radar API gonna released with the sim update 10. but after the release yesterday I hear the addon aircraft devs say that the Weather Radar API is still far for them to make it work . outside of the dlss there is no other main improvement in this update. why there is not any roadmap or mention about this delay or when is expected?

What addon aircraft dev did you hear say this? If it was Fenix, it’s likely they are running into more issues than others due to them running their plane in a separate app outside of MSFS.

Weather radar API is in the SDK now.

It is very lacking, 737NG Driver does a great explanation. Things he was saying were similar to what Rob at PMDG said in a recent SkyBlue Radio interview. 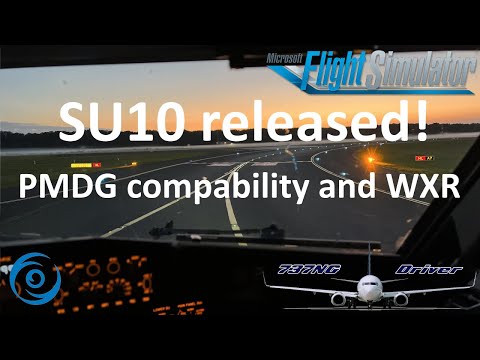 No, the access from SDK basically gives access to the bitmap picture of weather radar from default aircraft, which isn’t sufficient for a full functioning weather radar with different modes. The “weather radar” in default aircraft is a very limited implementation, evidenced by the lack of tilt adjustment for example.
It seems that the weather SDK was completely invented in-house rather than consulting 3rd party developers about what they need to build a weather radar.

it’s a start then, and hopefully will be iterated upon in the future. For now I’d rather see that limited implementation than nothing at all though.

Agreed, at least the item seems to be still in progress in dev updates