This is the real metar and see what the supposed reaslitic Engine Weather MFS2020 provides:

Clear skies except a few clouds at LFQQ or it’s very stormy weather and so windy above my house in real! But for MFS2020 it’s another story of the way to define REALISM, it’s CAVOK! It’s impossible to fly at my place and around to England, it’s ridiculous!
Wind 2/3 kts, no turb nothing in such a bad weather it feels that I’m flying on rails! … a feeling to fly in an arcade-game without any possibility to have one single realistic weather today and same for tonight like it was the case yesterday and so on… That’s enough they should fix it, it’s so frustrating.

There is not a single place where I can use the real weather and I paid for that!

Can someone explain me how bêta-testers or/and the MFS2020 team weren’t aware about such a major issue before releasing the product, they all said : “amazing engine weather, so realistic, so accurate!!!” ??? Check it out online if I’m wrong! It doesn’t make sense, I trusted them!
That is a shame, let’s call it how it’s supposed to be called without any sort of hypocrisy…
How can such a major issue can’t be avoided before the released date? Come on!

So why it was released with such an obvious bug?
It’s impossible to avoid it!

I paid for a realistic engine-weather and see what I have, I’m not the only one in this case.
It’s a shame that I can even make one single flight in just a realistic way. It’s not bashing it’s factual!
I feel screwed except if I want to see rainbow and elephants around but I paid for a sim not a game!
Very frustrating, I’m so legitimately disappointed. 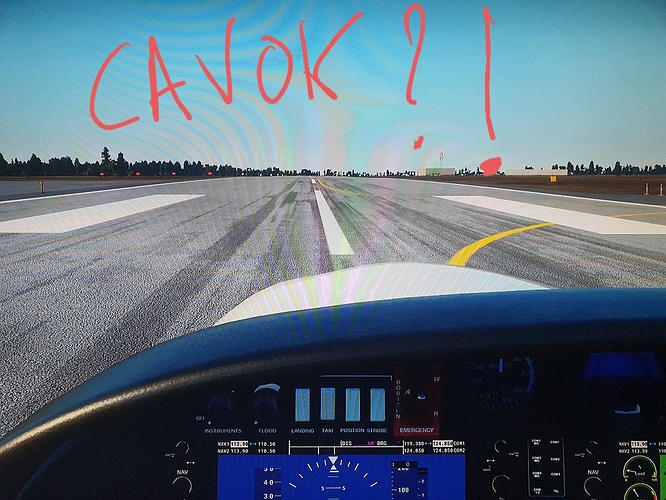 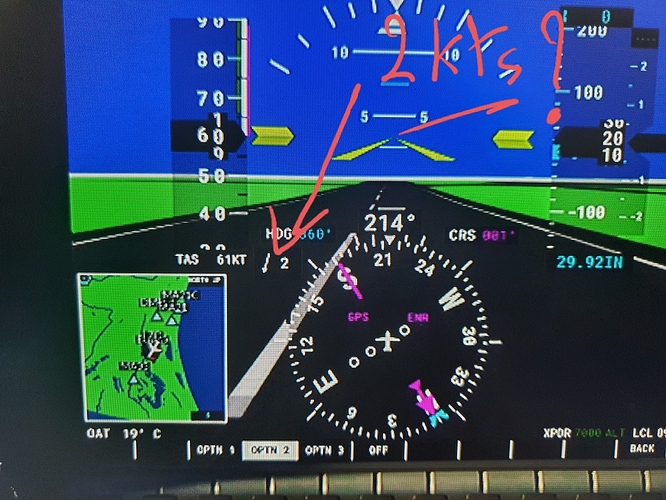 Did you check live? Just a question.

Yeah i feel your frustration. Everything else with this sim is for better or worse, is Exactly as I expected it to be.

This is the one area where I feel we had no warning. Basically if the devs dont get around to fixing this soon enough, the 3rd party market will gladly do so for them, at a cost im sure though. This whole meteoblue thing was a MAJOR sales point for them and its simply not delivering

Yes Sir,as I mentionned in my last post a minute ago

For instance tonight at my place LFQQ where I hear the wind hitting my house, you won’t fly a Cub around lol!:

But no worry, if you want to fly in real in this case of weather just don’t, if you want to play then use MFS2020 you can fly safely, this “sim” is very gentle it gives you only 2/3 kts and CAVOK or just a few clouds and not single turb in CB in real stormy weather, feel free to go, there are some cows around!

@Edlc82002 thank you for understanding, I second what you say 100% but on my side I trusted and expected too much which responds directly to my frustration that gets bigger each day so that the best sane thing to do for me is to leave this game and forget it until it may get fixed to become a Sim eventually if possible…

Make sure you file Bugs. The current known issues list doesn’t show this as a known issue - so it is important they see this is an issue facing a lot of customers…

To view top issues affecting the community and their current status, visit our Known Issues Tracker. Please find below a list of other known issues. DOWNLOAD & INSTALLATION ISSUES Stuck on the blue bar/no loading Stuck on “Press a key to continue” Error message “The filename, directory name, or volume label syntax is incorrect” If you have any of the issues above Please click here Audio issues No sound with bluetooth devices: To avoid this, set the Default Device and Default Communi…

Make sure you file Bugs.

Yes you’re right, its good to recall me about it, I was supposed to fill one yesterday and I forgot so I’ll do it in the first place tomorrow morning, I think it can help to get heard! Tks for the link

So going off another thread, it definitely seems regional. North America seems to be borked for live weather for some reason but, Japan seems to be working (as in Okinawa where I clumsily flew around a little piper).

My cynical guess at what happened to the weather goes something like this:

They put the real conditions in the sim.

Mangement said no way. You can’t have the weather literally knocking the plane from the sky.

So they were forced to tone it way down.

Which was the absolute worst thing they could do.

Especially if they have the slightest clue why the Souls genre of games are so popular. It’s because they don’t protect you, and you are actually at risk.

But that’s how these projects always go. Dumb it down because the wrong people complained about it.

I’m quite sure that there has been no attempt by the developers to deliberately “dumb down” the weather. If that was the case, then wind would not work anywhere in the simulated world. But that is not the case.

There are some geographic locations where all live weather parameters work reliably - in particular in the UK. There have been very strong surface and upper winds in the UK in recent days, and those winds have been available to users flying from UK airports. I myself did a flight two days ago in the C172 from Heathrow to Manchester, and it was a very rough flight. The airplane was getting tossed all over the place on takeoff due to low level turbulence, and once in cruise, the autopilot was holding about a 15 degree crab into the strong crosswind. It was a lot of fun, but also quite challenging.

The weather works in parts of Europe, South America, and some parts of Asia. It does not work (at least as far as wind is concerned) in North America.

This is a bug, pure and simple. The weather should work everywhere, but at the moment it only works in certain areas and is related to geographic location.

Okay interesting. It sounds like me insisting on flying in North America first was a mistake. Worse scenery, and apparently worse weather. Guess I’m Europe bound next and will see how it goes.

Yea, the Wind maps / data to the game is broken.
I first loaded up the game this evening, noticed that there was about 300 players SE of Texas, on inpection, the ground wind had the hurricane still near the western tip of Cuba, while the Mid and upper’s as where the hurricane has been ~2-6 hours ago.
I was playing around with some updated liveries, quit the game and loaded back up, and when I checked live weather again (cause the clouds seemed wrong) the the “hurricane” is now back south of Cuba, where it was 2 days ago, for all flight levels.

So I know some players are getting the real updated maps (as I have), but some aren’t, and when it is failing (and don’t know why I had a good updated wind map fall back by 2 days), it’s defaulting on some weather map ages ago, which perhaps had this blanket 2mph across the world.

I have to agree with the majority here.

Live Weather was a strong point in their advertisement pre-launch and I think this is one of the top features we were all excited about and paid a lot of money for, it’s a huge part of the aviation world… and we don’t have it and never had in many locations.

Let’s hope it’ll be fixed tomorrow with the update.

I can verify a similar experience. I’m UK based and have spent bulk of my time since release bumbling around UK on VFR flights. Live weather has been excellent and very accurate IMHO.

Last night I thought i’d try some Hurricane Laura hunting in the TBM and for the entirety of what was ~1.5hrs airborne the wind never changed from 255 @ 3kts. Flipping between preset weather and back to Live didn’t fix.

The location of the low pressure system was also significantly off; late evening (UTC) the system was still out in the gulf having not yet made landfall, yet Live weather in the sim had it positioned firmly over south west Louisiana with the ‘eye’ just north of Lake Charles. The ability for the sim to predict weather ~12hrs into the future is impressive, even if not that useful!

Fingers crossed this is fixed in the first patch.

I actually had a few flights last night out of Texas and Louisiana that had accurate clouds and precip at least. I was happy! I didn’t have to restart between flights. Then it just stopped working and went back to clear skies. Tried restarting msfs and it was still clear skies.

Landed in KAEX with live weather while storm Laura was near by. Tower clearance for landing announced Winds at 31kt, but from start of ILS to the Ramp it was actually a constant 255 @ 3kt…

The Markings are wrong on even the Handworked airports… International Airports… It’s a mess.

Please refrain from authoritatively asking people “if they understand you”. It’s quite rude and passive aggressive. I’ve been seeing this from your posts all around the forum. Let’s all discuss respectfully

I have personally run into a few issues with live weather, but it certainly isn’t consistently 225/03. It absolutely varies on location. I feel as though you haven’t done your research if you think it is blatantly broken.

Right now in Australia the live weather is accurate. So I think its contextual.

Indeed. I had accurate weather flying over Portugal: winds aloft, turbulence, et cetera but do come across the 3 knt wind aloft bug in other parts of the world.

Yes, winds arent broken everywhere. Ive had differing winds in Europe (not sure of their accuracy, didn’t check, but it was satisfying to just experience something dynamic and different). In the US it is indeed completely broken though.