Is anyone working on releasing a plane based on the movie Wonder Woman 1984?
What I can find on the internet is that the parts of the cockpit are based upon an F-111 Aardvark with the fuselage, wings and tail being based on the Panavia Tornado. I didn’t see anything in the forum that talked about that yet, so I thought I’d broach the question here. I know that this pushes the Simulator aspect over into the gaming category, but it seemed like it may be interesting to try to fly a fictional plane like that one.

World of Warplanes has a thing for fictional aircraft…

I personally find making fictional planes even more time consuming than making the real thing. (If you want to make something fictional but also believable that is…) You have absolutely no references whatsoever. What are the dimensions? Wingspan, length, weight, chord, aspect ratio, camber, powerplant… You kinda need at least a ball park for those figures. But with something like what you’ve mentioned, you can’t even find a drawing to make an accurate 3d model out of it… So yeah, I doubt it’s gonna be a thing.

People make all sorts of stuff, but don’t expect it to be much more than a flying box.

Which is why I said “fictional but also believable”.

I haven’t heard specifically of the plane from WW84 being developed for MSFS.

This thread reminded me of this YouTube review of the movie/plane. 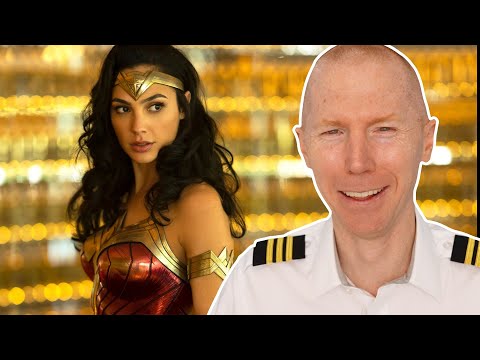 Yeah, I think Kelsy’s video on WW 1984 is what got me to think about having a model. From the plus side the if the plane goes invisible the livery should be easy

Yeah, unless the people that made the movie release some specifications for the plane, it would be difficult to do a model. Still, fictional planes could be a fun sub genre for simulators. At least for those of us that bridge gaming and simulation versus hard core sim flyers.