Wondering if you should get the FlyInside or the Cowan Simulation Bell 206?

No, sorry I am not going to make any comparison. Both are good products and they have something for everything out there. But I have seen a lot of people asking the obvious question and I thought about trying to help by pointing you in the direction of the 2 reviews we have published about both helicopters.

I hope it helps you make your decision (which may be of getting both helicopters, which is perfectly valid). Enjoy! 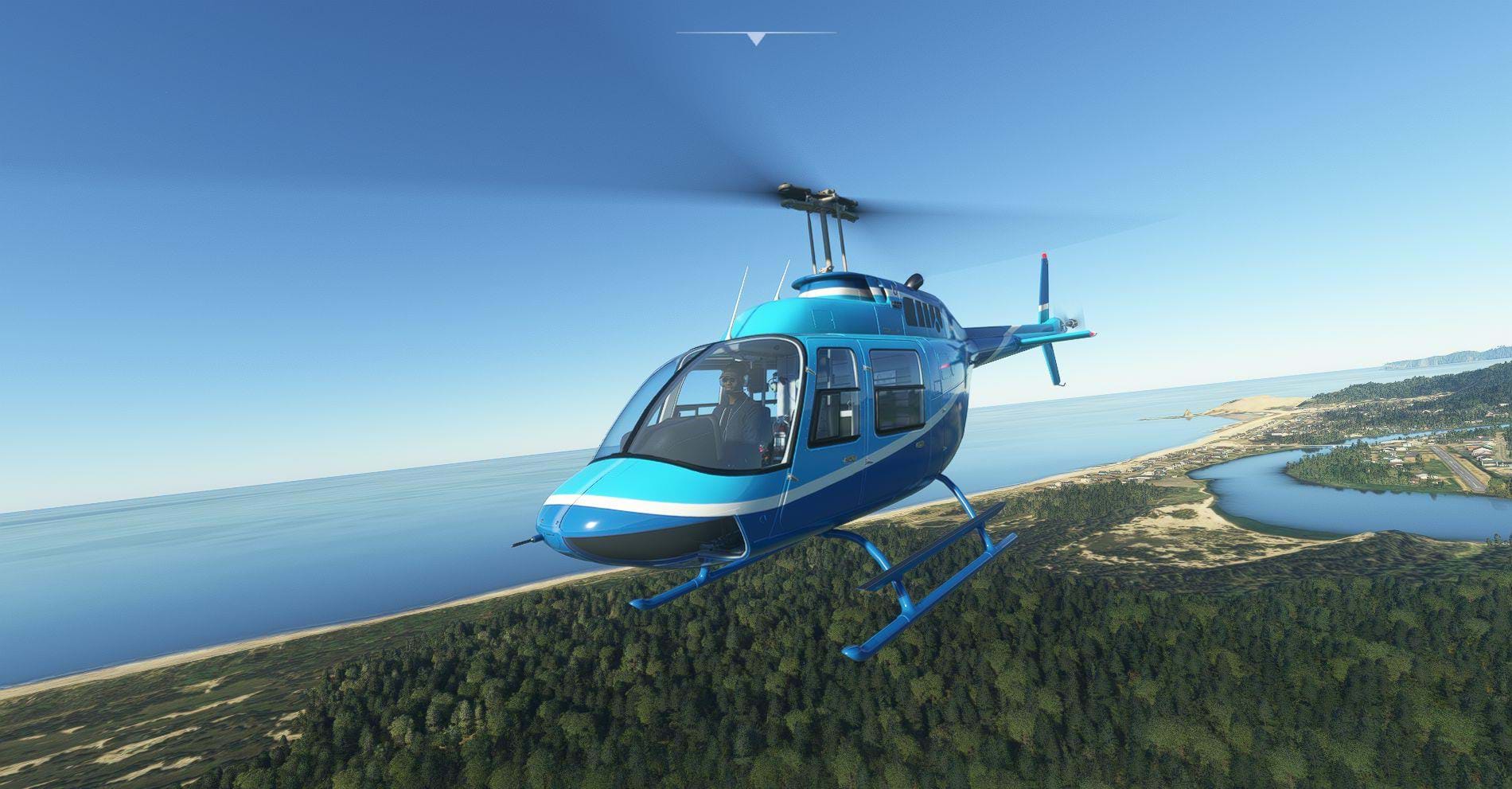 FlyInside released their second helicopter for MSFS. Only a few days after the announcement, the FlyInside Bell 206 is out, and Joe Hudson took a good look at her. 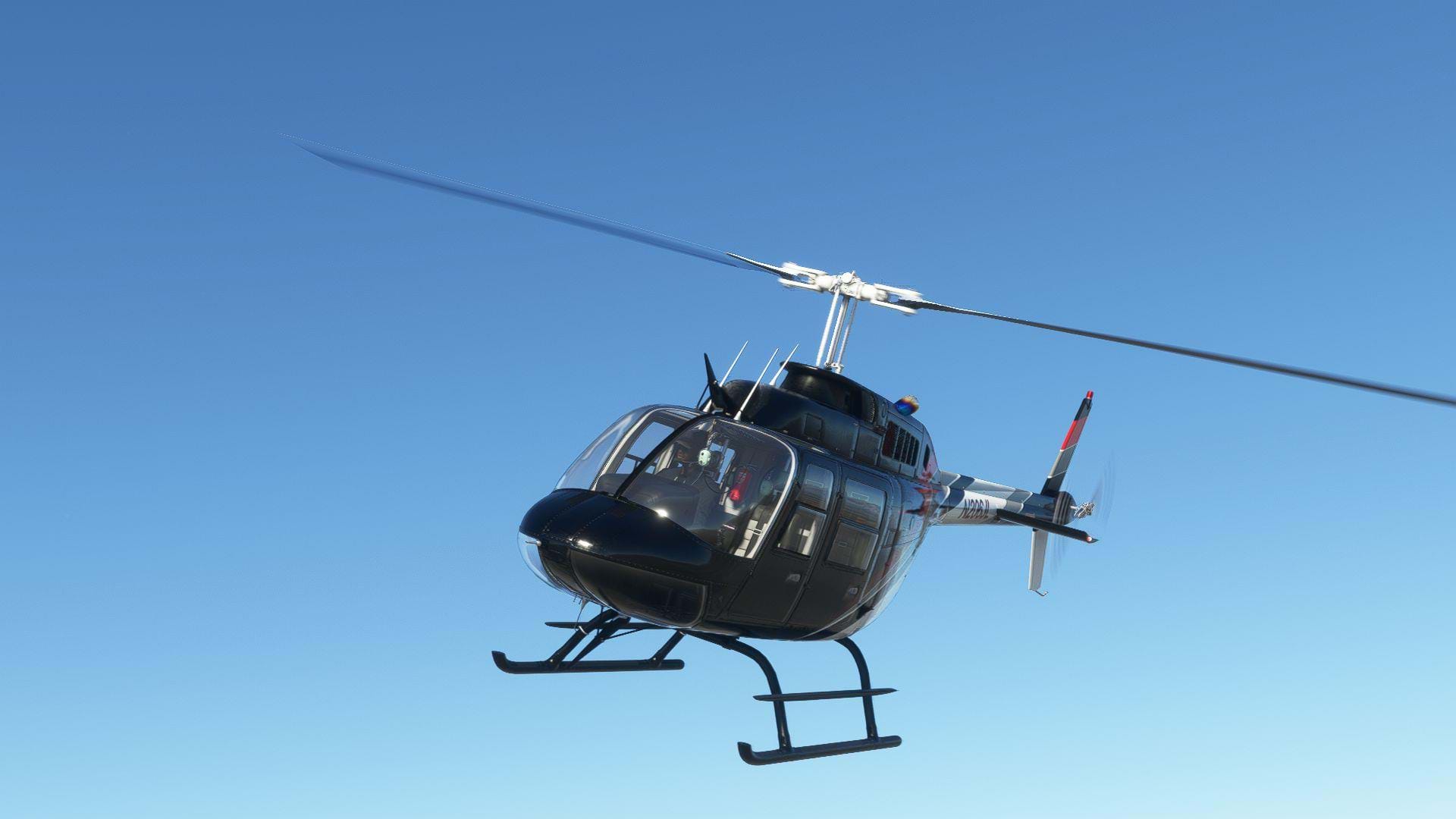 CowanSim’s is the second post-native helicopter support Bell 206 to be released for MSFS. As with the FlyInside Bell 206, Joe Hudson took her for a spin. Here are his thoughts.

Love me some Joe Hudson reviews, that guy is awesome!

I only have the Flyinside version but the main difference is the Flyinside using it’s own flight model where as the Cowan Simulations uses the Asobo flight model. RotorRick is currently revamping it and from all reports, it looks like it’s gonna fly awesome. The Flyinside 206 is all I fly now.

Get them both. I like both of them and they will both get better. The ranks of rotorcraft developers are very thin and they should be supported so that we get more and better helicopters in the future.

Joe does amazing work. I love reading his stuff.

I have both models.

Better flight dynamics, accurately implemented system depth, extremely fast response of developers to requests and a lot updates are just a few examples of what flyinside can score with…

I seem to recall reports that it was a bit heavy on performance at launch and that the textures were a bit under par. I notice though that the devs are very active with updates which is good (4 or so now?) so hence my questions whether these 2 things have now improved.

Better flight dynamics, accurately implemented system depth, extremely fast response of developers to requests and a lot updates are just a few examples of what flyinside can score with…

Own both as well and have come to exactly the same conclusion.

I seem to recall reports that it was a bit heavy on performance at launch?

Still not as FPS friendly as the Cowan version, but seems a lot better than on release, though i haven’t tested it where i originally did. I’ll try that later and edit this post. Just finished tours of San Fransisco and Vancouver with PG on and tons of addons and it never wavered from my locked 30fps, which it certainly dipped well under frequently on release.

A lot of the internal textures were updated in the last update. Frankly I prefer it to the Cowan internally… external textures I’d still give to Cowan.

Thank you for the reply

To be honest I‘d say we are almost kinda spoiled with two great developers having a shot at this iconic heli. I‘ll probably end up getting both just to support their work and encourage them to make more helis.

I bought the Cowan this morning… is the FI that much different / better? Should I buy the FI as well?

I bought the Cowan version.
Hopefully I can fly it tonight.
I’ve read too many reviews of the Flyinside version taxing alot of FPS.

I’ve read too many reviews of the Flyinside version taxing alot of FPS.

Yeah I am worried about that also. I can’t fly the H145 any more due to something in the newer versions making my system chug and crash. The Cowan is pretty good so far - can get a bit stuttery if scenery is also heavier.

is the FI that much different / better? Should I buy the FI as well?

I can only give you one man’s opinion… and that is, yes! It is much better. I significantly prefer the FI flight model as well as several other things about the FI version. I can see no circumstances where i’ll pick the Cowan 206 to fly over the FI version. As it stands i wish i hadn’t bought the Cowan, it’s just going to sit in the hangar. That’s not to say it’s a bad product, it just isn’t doing anything for me personally in comparison to the FI version.

I suppose there is only one way to find out

It’s mostly a personal choice but the reviews should tell you what you need to make an educated guess. Over time I believe those differences may be less noticeable. I like both products. I can’t really tell someone to definitely get A or definitely get B.

OK, so, being the total sucker that I am… I bought the FlyInside one as well. Curiosity got the better of me.

Happy to report for you that I don’t think you need to worry about frame rates. It runs totally fine, even in a PG city (I flew around Aachen, Germany for a bit and all smooth). And I probably have the worst PC from anyone on this entire forum.

I only flew a few minutes so far - so still getting to grips but I will say it flies COMPLETELY differently to the Cowan one. And yes yes, @Stuthemoose is correct… it’s better.

What I was finding with the Cowan one is, cruising at say 100kts, reduce collective by only 5% and the craft dips / banks to the left. Increase collective and it banks to the right. No idea if that is intended for the Bell 206 but the FI one doesn’t do that - much more stable. But not really stable - it’s still fluid and loose and like “spinning plates”, but just feels more under your control. My first landing was accurate and gentle, so that is a good sign.

I am surprised quite how different they are, if they are both theoretically modelled to be realistic how the Bell 206 handles.

The other big noticeable thing is the anti-torque pedals are needed much less in the FI one (on first lift off, you don’t need much left foot at all) and they have much more dampened effect when in forward motion (using Realistic in Heli Manager) where the copter doesn’t really want to turn - it starts to turn then bounces back straight again. In a way I am not sure that is right as you cannot really “crab” or “orbit” facing a centre of rotation point as you can in the Cabri and Cowan version (for examples) as it’s like it has too little anti-torque (rudder / yaw) authority at all speeds. Anyway I will fly more now and probably write more in a bit once I get a better feel!

Just wanted to let you know about the FPS

Happy to report for you that I don’t think you need to worry about frame rates. It runs totally fine, even in a PG city (I flew around Aachen, Germany for a bit and all smooth). And I probably have the worst PC from anyone on this entire forum.

I really don’t want to give my input there since it depends on people’s systems. My computer is not a top of the line machine but it’s quite nice and I don’t feel any impact on framerate. But I have no idea what my regular framerate is and how much I’m getting with the FI 206. As long as it’s playable, I really don’t care about the numbers.

So, my experience may not be the same as others. Mileage may vary.

Well that’s true, but I just meant compared to other products on my system it’s not noticeably worse so an educated guess would be that it’s gonna be fine.

It’s a shame that the two B206s came in the same week, if CowanSim had released one of the other models from their portfolio it would have been an easy choice to buy one each from FI/CS. I have a few of their helicopters for XP11 and they are good, but it’s a lot to spend on two versions of the same aircraft. Maybe they could communicate a little with each other and agree on what to choose as their next project. It makes sense for FI to have done the 206 if Rotor Rick actually owns one, but it makes it a more difficult choice as to where to spend your money. I went for the FI and I’m very happy with it but I would like to support both developers.