We have to switch things on now?! What is this, a simulator?

Amazing, thank you developers. This is now a dream to fly, just hoping the longitude can now be given access to by WT with the partnership, and given the same treatment with vnav etc…

As WT are effectively going to be working with Asobo, hopefully they’ll be given full access to the otherwise locked Deluxe and Premium Deluxe aircraft and be able to give them a bit of a freshening up. 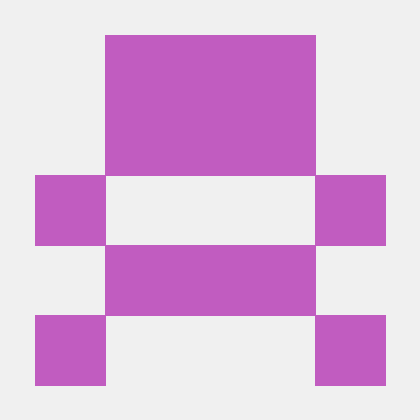 Could be a silly question so don’t bite my head off.

Just did a flight with the v0.11.3 mod and got a fuel imbalance warning shortly after TOC. Had to pump from right to left tank.
Completely new to me, don’t understand why it happened or know how to avoid it.

I’m guessing you’re probably pretty sure that none of the above apply, so does this happen on every flight or was it just a one-off?

Thanks for your quick reply.

a) loaded the fuel asymmetrically?

Since when do RW pilots have to check something like that?

b) started one engine running for a long time before the other?

No. Since when can lazy RW pilots not quickly start both engines without watching gauges to monitor how they run up?

So you know I am female?

No. I’m sure because I had to switch both engines off after floating down the runway.

No, I did not (although I have been accused of pulling out the mixture knob so I can hang my handbag somewhere)

e) have a throttle lever for each of the engines and one is set higher than the other?

I’m guessing you’re probably pretty sure that none of the above apply, so does this happen on every flight or was it just a one-off?

Pretty sure that none of the above apply but not certain because I am female. It only happened once and I am assuming no-one else has reported it so probably a Female Fault.
Will report it if it happens again.
Thank you, Sir.

I’m really curious as to how you gathered from my post that i was somehow being misogynistic?

You were a fellow pilot asking a question and I tried to help. It was you that brought gender into the conversation. It is quite ironic how you implored responders not to “bite your head off”.

Sorry I couldn’t help and good luck with finding someone brave enough to try to provide future assistance. That is, if getting a solution was your reason for posting.

Hey stop. I was only joking and making fun of myself. No way did I even want to hint or imply that you were misogynistic.
Honestly, I did once try to hang my handbag on the choke knob of a car. My husband still pulls my leg about today.

So thanks for your help and I am sorry if I caused a misunderstanding. Will have to watch where I try to be humorous.

It looks like i need to chill a bit and maybe read a little more carefully.

I think I had a sense of humour at some point in my life.

After my first post, i actually took the CJ4 up, to see if there is anything else that might lead to one tank using fuel more than the other. There are a few pairs of buttons, but none of the operational ones seemed to do it.

No problem. I should probably added more smileys or got my husband to write the post. He could have mentioned a few other embarrassing moments in my life. Hint: checking your lipstick in the mirror whilst driving is not always a good idea.

Yup my good lady wife does that too. Not that i’m stereotyping of course.

Isn’t the VNO (the “red zone”) speed limit a bit low ? It starts beeping loudly once you go over 260 kt or something like that. Note that in the external view, the VNO speed limit is reached at 305kt so there is an inconsistency here.
edit: it looks like the speed limit isn’t fixed but depends on some conditions I don’t know.

A little help please !
Sigh !! , With WT11.3b, i was hoping that there would be a way OR BUTTONS lit up to tell which of the AP buttons were engaged ( lit up like in the glass cockpit of Cessna Longitude).
Short of hovering the mouse over the buttons , OR looking at the top of the PFD, Is there a quick way to tell which buttons have been engaged?
Especially on TakeOFF, I keep forgetting to turn the Yaw Damper On,
Best Regards

Unfortunately there isn’t. Just like in the real aircraft

The YD is automatically turned on with the AP, if that’s of any help to you.

Also YD is usually set to the OFF position during TakeOff and Landing when AP isn’t switched ON.

Isn’t the VNO (the “red zone”) speed limit a bit low ? It starts beeping loudly once you go over 260 kt or something like that.

The max speed is dependent on altitude and airplane configuration (i.e. flaps and gear). So when you extend the first setting of flaps / slats, the redline will come down to 230kts. This is to help prevent exceeding the flap limitation. If you zoom in to the placard above the MFD, it will list the various speed limits.

I’ve experienced this too- not sure why- I was told it was because I should be using mach speeds above a certain altitude. Not convinced though…