Same for me Cpu lost the perfomance .

I’m also having major performance issues. I see many of you guys are getting around 20-30FPS still - I think you’re lucky. I’m getting less than 2FPS. 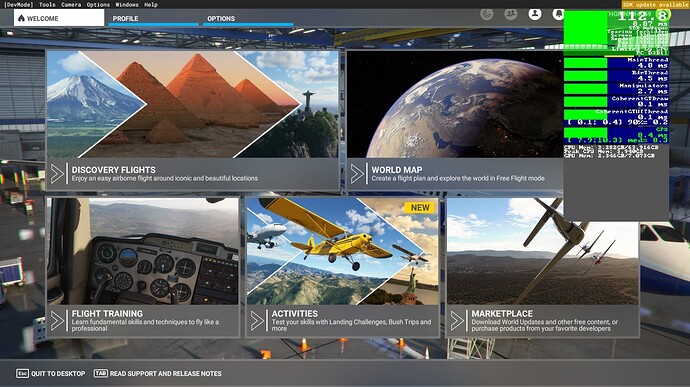 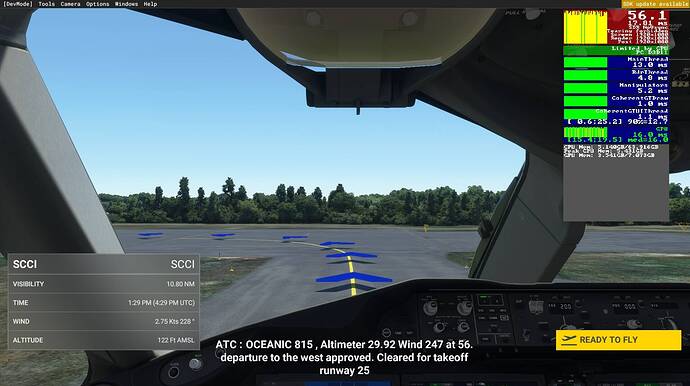 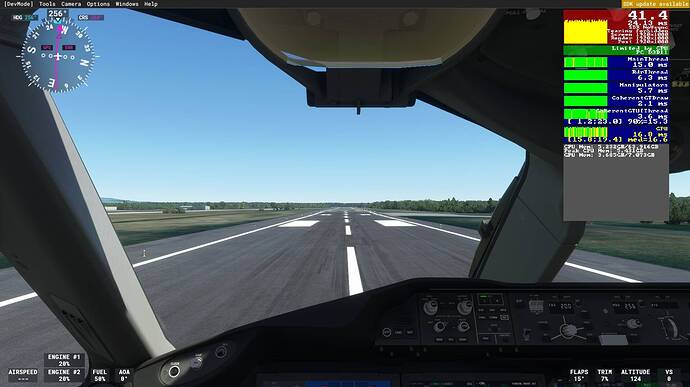 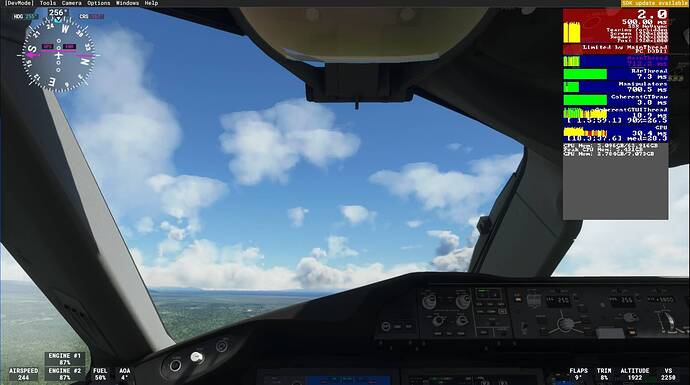 My LOD is set to 125, OLOD is set to 75. Everything used to work fine before. I also ran some tests using DirectX 12, and my in flight FPS went up to around 10-20FPS. It was still very choppy and unplayable, since it wasn’t a stable frame rate. During the poor frame rates, CPU load is at 30%, GPU load is at 15%.

I’ve tried Gaming mode on and off, setting priority to background services (and also programs), HAGS on and off, rolling cache on and off and turning off photogrammetry. I haven’t tried disabling AI traffic yet as someone else suggested. I also haven’t tried uninstalling the WU’s or completely reinstalling the game yet. I’m debating on if it’s worth it to spend time trying those things or if I should just wait for the next update. My yokes getting awfully dusty though.

Which nVidia driver do you have installed?

eu tenho a mesma problemas tenho um i7 10700k, gtx3070,48GB ram e jogo esta a dar umas pequenas travadas e nao sei porque tentei tudo que vii na net mas nada funciona continua com mesmas travamentos (I have the same problems I have an i7 10700k, gtx3070, 48GB ram and the game is crashing a little and I don’t know why I tried everything I saw on the net but nothing works still with the same crashes)

There have been issues reported with that driver version. I do not know if that is the cause but please check:

Hello everyone, We are carefully monitoring reports from our players that the latest Nvidia Geforce driver (497.09) may be causing issues with Microsoft Flight Simulator, including, but not necessarily limited to, crashing to desktop (CTD) and blue patches where ground terrain textures should appear. Please vote in this poll so we can better understand how widespread this issue is and if it is affecting everyone who has upgraded to the 497.09 driver or only a subset of players. Please choose t…

This particular user may be experiencing issues due to the Nvidia driver update, but I believe many people in this thread (including myself) are not being affected by a GPU issue and instead something in the latest sim update has caused a CPU mainthread issue, which is why we’re noticing the low FPS and large micro stutter spikes

Same issue with me, GPU is fine, It’s the CPU mainthread problem.

If you look at the images I posted, you’ll see that when it’s running as expected, it GPU limited. When it starts running at less than 2FPS, all of a sudden it’s CPU main thread, and it’s BAD…

Regardless, I’ll try a different nvidia driver and report back.

I rolled back my nvidia driver to 456.71 and am still experiencing the same thing. Good frame rates until I’m off the ground for 5-10 seconds, then less than 2FPS. The older driver also gave me slightly lower frame rates than my previous test runs in area’s such as the menu, taxi, and runway.

At this point, I’d say for me at least, the nvidia driver is not the culprit.

The problem is Update 7…

Voted absolutely terrible on my end sitting at some airports.I understand my 2060super is a bit dated but now but the sim was running well with SU5. My gpu literally goes into idle state.

I’ve got a 5900X and a 3080Ti and I’m getting considerably worse performance in SU7 due to the CPU mainthread limit, so it’s not your hardware at fault, Asobo have done something that has borked something, it would be nice to at least have someone acknowledge they’re looking into this problem.

I also see worse performance after SU7. GPU usage is now 50 - 60%. Prior to the update my GPU usage (3090) could be 90-99% for a whole flight. Probably not ideal, but I was able to use utilize the full potential og my GPU. It’s not real bad like others in this thread report (I feel with you), but definitely worse. 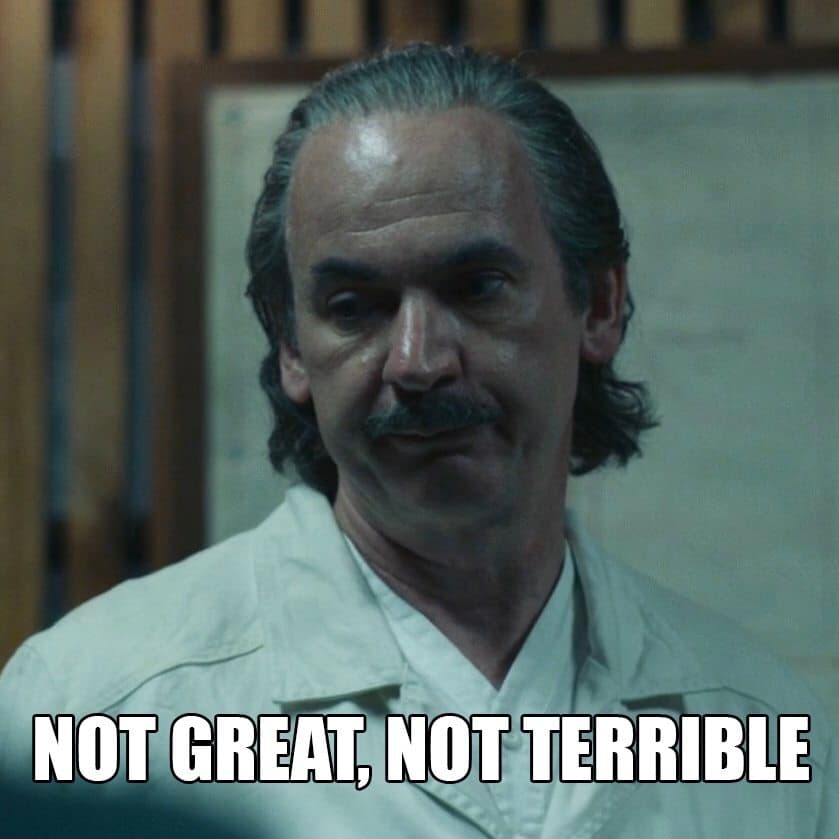 The Cpu bottleneck is noticeable since SU7.

Someones says is windows thing, maybe there is a W10 update that broke something.

Thanks, I think this possibly resolved my issue by turning HAGS off!!! Just testing now but seems better already!! Thank you.

SU7 got me good fps and performance!!

I don’t believe it is a Windows issue, but instead a game issue.

And yes, disabling HAGS with Nvidia GPU’s will help, but the issue is present on AMD and Nvidia systems, even with HAGS disabled.