absolutely noticed the same! I am using my 3090 at 60% maximum, before I was almost steady above 90%

I have also noticed that the brightness of the simulator is higher, the terrain looks worse and it has less antialiasing

Right, I have been struggling with dreadful (unplayable) fps since update 7 typically 10fps, however discovered that if I change display mode from “windowed” to full screen my fps jumpsback to 30+ where it used to be.

The problem is the AI-aircraft traffic. I had the problem you all discribe, but after disabeling AI-traffic my frames went up to 60.

Make sure full screen optimization is shut off on Flitghtsimulator.exe file. Mine was turned on after update. Helped me.

I think I found the cause of the low fps. The initial condition is in the cockpit of a 747 at KJFK on runway 31L. With photogrammetry off, the fps is standard on my system and no different than it was in SU6. But if we turn on the photogrammetry, we see a drop in fps almost 2 times and jerk when reviewing the mouse. At the same time on the horizon you can see skyscrapers, which is not with FTG off.
45 fps, photogrammetry OFF: 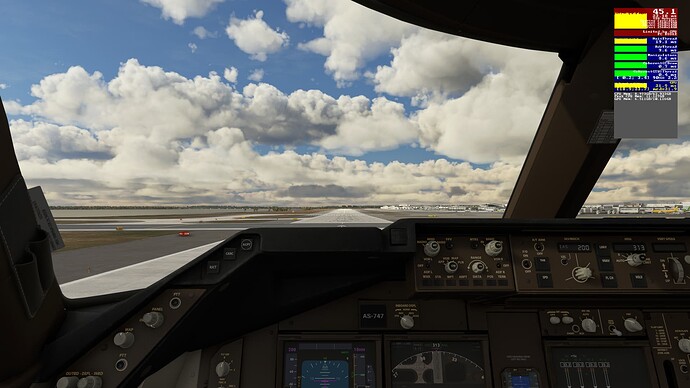 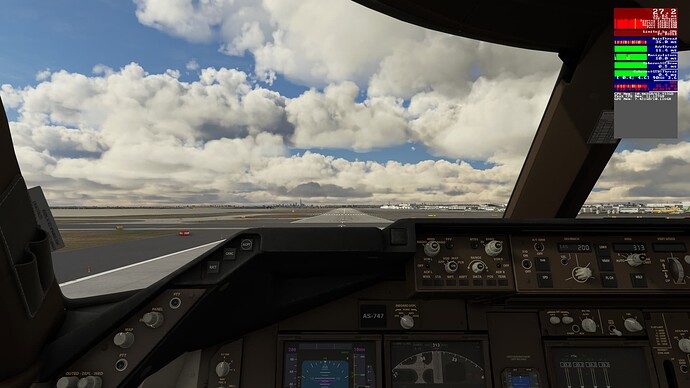 Let’s complicate the experiment and in slew mode fly the 747 closer to Manhattan. Oddly enough, in both modes the fps is almost the same:
47 fps, photogrammetry OFF: 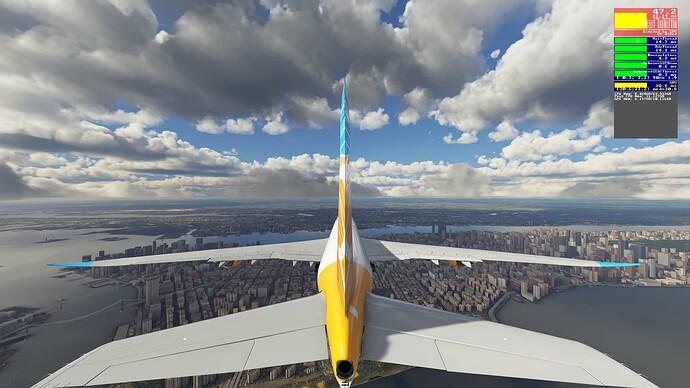 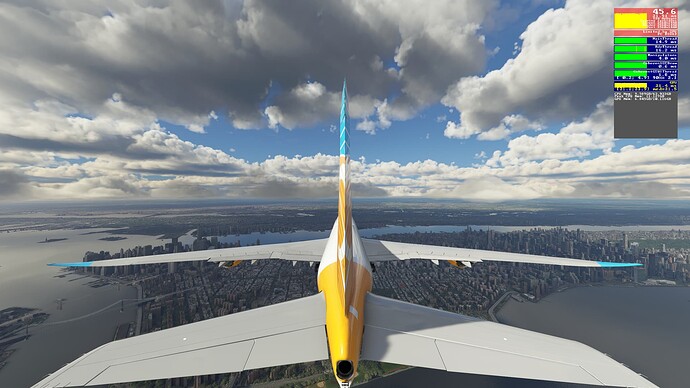 It seems to me that the simulator doesn’t handle LODs of objects with photogrammetry correctly and they are seen at a huge distance, which ruins the fps dramatically. As a temporary measure I would recommend to disable photogrammetry until developers will fix this bug.

Yes, i have the same issue, in standard airport, with photogrametry On, on ground, low fps, in flight the double fps.

I always wait to give performance feedback for this reason. Maybe it’s the game rebuilding shaders on the backend?

Limited Performance All Base Model/Handcrafted Airports PC Version Please vote. I brought up the same issue!

I believe a change was made in the last sim update to allow for cities with tall skylines to be seen from a further distance.

I welcomed this change and noticed very little fps impact. I think this drop in fps is due to something else, since I just noticed it after SU7.

Anyone also having the issue that when you are on the ground (I am having this a lot at LSZH), when changing cameras the game freezes and stops responding??

I wonder if the heavy load on their network and servers when everyone is downloading the update causes issues. Things never seem to run as smoothly the first day or two after an update.

Perhaps before we all jump off the cliff, we give the updates a week to settle down. I do remember sfter the last update performance was poor and then got way better after a few days.

Not sure anyone noticed, even this forum system is dragging. Yesterday I was getting server unavailable at times. Today it’s better, but still slow showing postings.

I’m having the same problem, but worse. Running an RTX 3090 with a current Ryzen CPU and plenty of RAM. Had previously updated to Win11 with no issues before SU7. No matter what I do, my GPU is maxed out at 100% and my FPS is in the 10-20 range. Have switched back and forth between DirectX 11 and the 12 beta and it’s the same both ways. Tried adjusting each graphics setting individually and nothing made any difference in my GPU max or my FPS. Very puzzling.

What does “HAGS” stand for?

I have a 3090 and it’s still worse performance for me- had to downgrade some settings. Still a WIP.

I have poor performance at airports, lost about 10 fps.