I have bought flight simulator standard over Microsoft store.
Now I want to install it to my xbox but on manage page I am waiting for 3hours I tried a lots of time but stuck on manage page. No selection or installation showing. Only shows like this picture 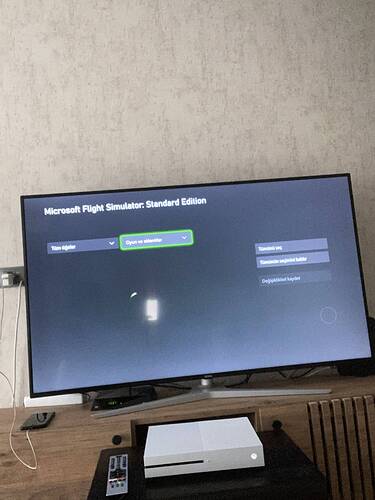 Oh sorry but is this a XB One S or One X on the picture? This game can’t be installed on the old XB One console (One, One S, One X), this game needs a XB Series S or X…

I would try to get a refund from MS or you buy a Sereis S or X. Sorry I have no better answer for you. but the last gen is over and more and more games will only running on the new Series console. It’s so stupid to call all their consoles near the same name and make it not clear enough in the store, for what console it is. If you see a game in the Store where only Series S and X ist listed, you shouldn’t buy it, as it will not run on the old genaration XB.

Yes its true and I can absolutly understand your frustration! One S and Sereis S are two different generation consoles. One S and X are last Gen consoles with to less power to run FS, while Series S and X are the new gen consoles, with way more power. Series S/X in the MS Store means the new generation consoles. The old ones would be XB One S and not Series S. MS ist just stupid do name the new consoles near the same as the old ones. Noone can understand this! I’m right sure you are not the first one which buys the wrong console.

I have no idea what you dit pay for it, but it was unfair from the seller not to inform yoy correctly that this is a differnt generation console than the Series S. The same is true for der One X. The following console is named Series X. Old Consoles = XB One S/X / New Consoles = XB Series S/X.

The Series S is a cheap console and cost only 299$, but with reduced power in comparison to the Series X, which costs 499$. Look at the XBox website to get better informations about the differences of this next gen consoles, but this is a short list of the diffrences of the two:

I hope very much, that your dealer is fair enough to exchange the wrong buyed console for a Series S or X console.