Clearly … if you want to test the amazing H135 helicopter then Japan is the country to visit. Helipads all over the skyscrapers. Big fun.

However … while the photogrammetry buildings in Japan seem to be modelled with solid triangles (shapes) the hand mad buildings are sometimes … strange.

This pretty “hand made” skyscraper in Yokohama … 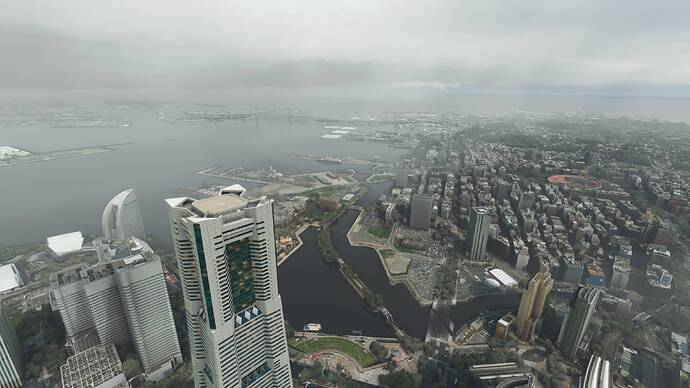 has a pretty strange “landing ground” in mid air: 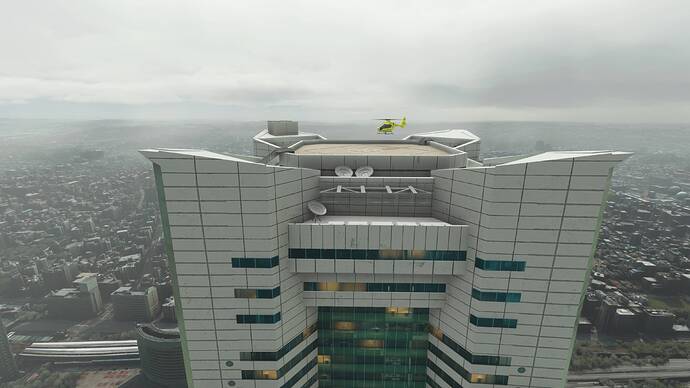 It seems like there is an invisible “solid” bounding box around the building which forces the heli to “land” in mid air instead of the proper helipad location. You simply can not descend any further.

Another “downside” of this is, that if you try to depart “boldly” between the corner pillars … you will crash against an invisible “bounding box”.

PS: Photogrammetry buildings in other countries are not always “solid”. Barcelona for example does not allow landing on roof helipads. So there is some inconsistency in the data post processing.