With anything updated with msfs2020 always get a bit of concern , more so with an aircraft i like so much. this was almost confirmed on first flight when the bede just dropped out of the sky and was uncontrollable but left it and flew something else. came back and my old jet was back but better. jets sounds are great, inside the cockpit it did look “kit built” which was fine but now looks very slick. the tablet is a nice touch with the cockpit views. big well done to the Azurpoly crew.

If you look at the plane specs in the MSFS hangar, it shows the wing span and length and the wing span is 1.5m too big, the length is 1.3m too long. The whole plane is the wrong scale. I first messaged Azurpoly about this at the start of January 2022, they said they don’t have a vr headset but are thinking about testing their planes in vr in the future. They said they’d look at the scale issue after their Fouga was released. In one of their facebook posts about the BD-5J update, they mention “re-scaling certain parts of the aircraft” which got me hopeful they’d fixed the scale issue, but when I checked it on the weekend, v 2.0.0 is the same scale as before.
It’s a fun little plane to fly but it really spoils the realism/immersion having the cockpit so oversize. I don’t really know anything about developing planes for msfs but I’ve played with Blender and other 3d CAD for other things and it’s not hard to change the overall scale of a model.
So frustrating.

Yea the Mercedes C63 freeware addon suffers the same scale/size issue in VR.
Was wondering why the steering wheel felt so huge.

The dev obviously did something different when working on the Magister because that seems to be just fine in VR. I’m a little disappointed that the only comment from the dev is that they don’t have a VR headset to test it… and after pointing out where the problems are, not even an acknowledgment. These days a VR headset isn’t all that difficult to get hold of or prohibitively expensive…or just get a VR user in on the Beta testing phase. As of right now the BD5 is not what I could call VR compatible and it is hard to recommend it to anyone who flys in VR.

Hopefully this can be fixed, but in the meantime, if you want to fly a micro-jet in VR I’d recommend the Subsonex JSX-2 by Ysim.

For sure this is not VR compatible. Scale is way off. Very disappointed with this purchase.

I love that BD-5 but i have yet to have a single cross country flight that i can complete. After an hour and 15 minutes, the electronics just go dead, and when the sun goes down, theres no point in trying. Ive landed a couple of times and thought “oh good it was just simulating an alternator failure”. Ive contacted azurpoly and they just told me that the plane doesnt have an alternator. I really hope that they can get it fixed. When the power goes out, and i land to refuel, i cant get the engines started again after refueling.

I loved the original version and am looking forward to enjoying the 2.0 as well. However, the parking brake doesn’t seem to want to release by using the usual buttons or keys that I use in other planes. Is there anywhere I can click on in the cockpit to release it? 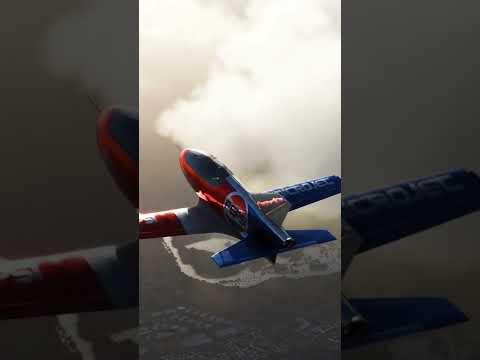 Unless the VR scaling issues are fixed, some of us simply can’t buy this even though we want to. 100% of my flights are in VR. Please fix this! All it should require is to scale the model to match its real world measurements.

Ok I will report them this issue.

“Them”? From the first post on this topic I believed you were the author of this add-on. Are you not?

No, I’m the author of the trailer only

Ahhhhhh! OK, many thanks for passing it along then. And please do pass along that I’d be happy to help with any beta testing needed, obviously with the intention of buying the addon myself once the issue is fixed. (Although it sounds like there are a fair few other potential testers here who already own it, so the help likely isn’t needed.) It’s a favorite plane of mine though so if I can help make it usable for VR, I’d love to.

The TB-30 has exactly the same issue, scale is way off in VR. 2 wasted purchases. I can’t believe these devs don’t find VR users during the beta phase.

That’s such a shame. I guess I’ll have to mark this developer up as a mental “do not buy” then.