3 monitors setup, which resolution can handle a RTX3090 in ultra?

Hello, at the moment i’m running my fs2020 in 4k at full ultra settings, without any issue.

I was thinking to switch to 3 monitor setup …and i need info to which resolution chose,to not loose details, with a lot more FOV with 2 more monitors.

In attach i’ve done a scheme with possible resolutions and rendering pixel… to see if could be a performance drop with a 3090 and high number of pixels. 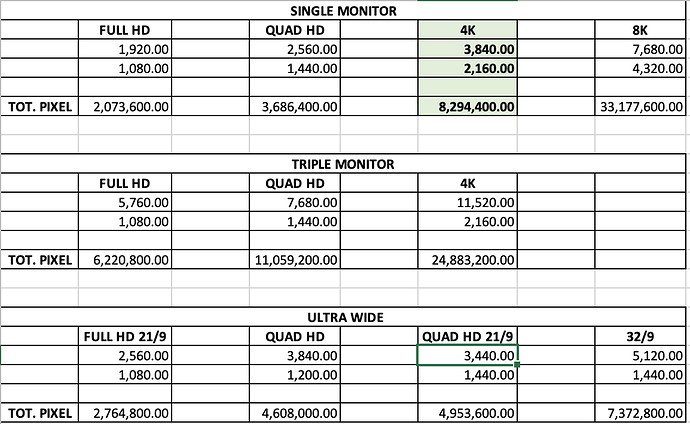 Anyone of you have already a 3090 with this setup? Any advice?

If I had the money back to spend over I would buy one ultra wide rather than three.
(with a small/older/dont care monitor off to the side)

My perception may change if full tri-monitor support is realized but for now I cant say it’s the way to go.

Far as I recall MSFS2020 does not natively support multi-monitor setups. Otherwise performance has been inconsistent between patches and major performance issues have been caused by a few that required hotfixes… this last patch possibly one of them.

Ultra-wides are closer to 2 screens instead of 3 and tend to be a bit small vertically IMO. If you can do it right then triple is nice. I use to have a Obutto with 1080p 3x40in a while back, other than bezels and compat issues, I loved it. 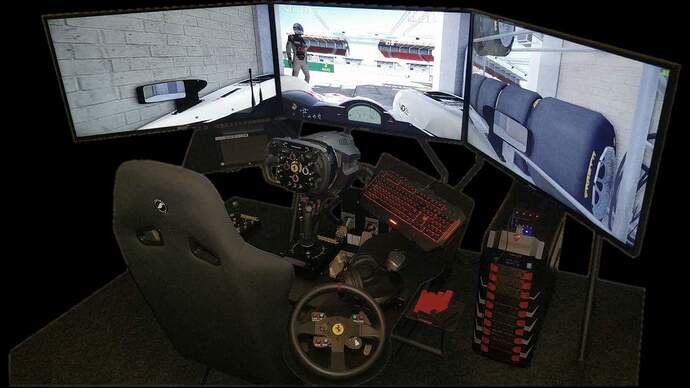 If ultrawide isn’t wide enough, then go with a Super Ultrawide instead…

^ That is along the lines of what I mean.

The example monitor provided is a substitute for only two (2), not three (3), monitors - or two 1440p monitors in that case…
and you could get three (3) Samsung 40-55 inch 4K TVs with a triple monitor addon for a sim cockpit for the same price.

With the screen space of two 27” panels,
…
The 49-inch DQHD resolution brings you a display as wide as two QHD monitors sitting side by side,
…

Note:
The Samsung Odyssey G9 49-inch has been temporarly discontinued for quality reasons.

that one has the same fisheye effect as having 3 monitor setup , will they fix it , well not since aug 2020…

3 mon setup will give a fisheye effect that can not be turned off.
you’ll have to live with it or don’t buy 2 extra mon’s.

that one has the same fisheye effect as having 3 monitor setup , will they fix it , well not since aug 2020…

3 mon setup will give a fisheye effect that can not be turned off.
you’ll have to live with it or don’t buy 2 extra mon’s.

Triples in general, (in supported games, MSFS is not one)

I never experienced any fish-eyed effect. It was literally same as a single but with an expanded fov in my experience. There are plenty of YouTuber POV footage of triple-monitor sim setups with no fish-eye effect present.

Anyone experiencing a fish-eye effect has set up or configured their triple-monitor incorrectly. You can create a fish-eye effect on a single monitor by improperly configuring settings, etc.
Same (undesired effects) can be said about being outside minimum/maximum optimal viewing distance, native aspect/resolution, etc.

My only complaint was the bezels which you eventually dont notice much and ignore.

I never experienced any fish-eyed effect.

Then you’ve never experience a properly set up multi-monitor/multi-view system, which FS 2020 CAN NOT DO…yet.

The sides of FS 2020 will be stretched when using a really wide view and there’s nothing we can (at the moment) do about it.

There are plenty of YouTuber POV footage of triple-monitor sim setups with no fish-eye effect present.

I’ve yet to see ONE. Please provide an example of a multi-monitor system using FS 2020 that doesn’t look like you’re looking out a fishbowl? It can’t be done, not yet.

Here’s one I found and it looks like a mess! 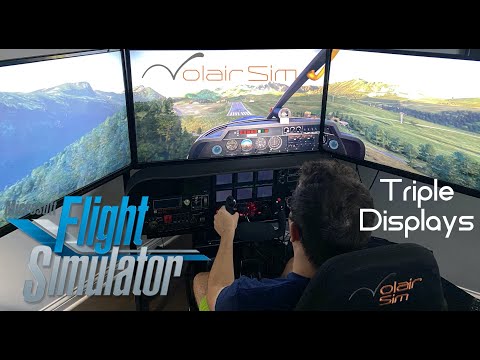 Then you’ve never experience a properly set up multi-monitor/multi-view system, which FS 2020 CAN NOT DO…yet.

The sides of FS 2020 will be stretched when using a really wide view and there’s nothing we can (at the moment) do about it.

Who said it worked with MSFS?
I was the one who pointed out it doesn’t.

All of the things you are trying to use against me I have already stated above - wont work!

There is no example because its not supported…
Lack of native support = undesired effects FYI.

Take your attitude somewhere else and learn to read before you get all disrespectful in response.

You can stop typing up that long (short, I expected too much of you) comeback in an attempt to argue.
I am not doing this with you…

Maybe you are just having a bad day or got distracted while catching up with the conversation.
We can just call it opinions and leave it at that…

Take your attitude somewhere else and learn to read before you get all disrespectful in response.

“I never experienced any fish-eyed effect.”

"Anyone experiencing a fish-eye effect has set up or configured their triple-monitor incorrectly. "

Your problem is you are reading everything in the wrong tone. I wouldn’t try to use multiple monitors with MSFS2020 until it is natively supported in the first place.

I was simply sharing my experience since I have owned single, triple, and a 49-inch ultrawide curved between desks and many cockpits.
You come in here with some argument that doesnt even go with the conversation taking place… then you share a video of someone playing MSFS2020 on triples, when it doesnt even support triples in the first place, to back your argument of why triples are so bad.

Undesired effects, fish-eye for example, are caused when triple-monitor is not set up properly (position, distance, angle, etc), not configured properly, or not natively supported by the video game.
Some of those also can create undesired effects on a single monitor.
^
*All of those are user error…

Such undesired effects are experienced when the user tries to do something they shouldn’t be doing!*
Its like blaming everything for CTDs - but the sketchy $5 aircraft mod you bought from some developer no one has heard of.

Here’s one I found and it looks like a mess!
“video”

It looks like a mess because the video was not taken from the user’s perspective which is the right viewing angle/distance for that particular setup/configuration.

Its like trying to record exactly what a user sees in VR with a camera… it can’t be done and should only be taken with a grain of salt.

Anyone that has owned or even experienced a triple-monitor cockpit/setup would not use that video to argue how bad triples look.

Edit:
Again, this is not the user’s eye and like most triple/VR footage should only be taken with a grain of salt… 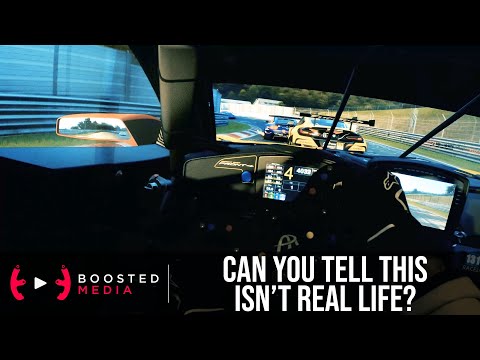 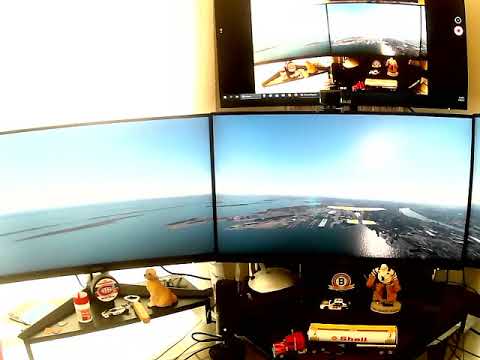 So yea I did, but in reality the sides look like effluence. 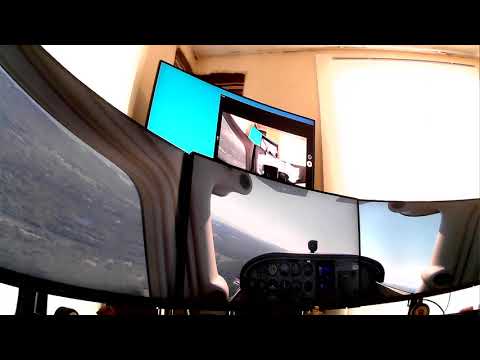 It is not useless info because the topic being discussed is focused on the use of triple-monitor setups. It is in fact the ONLY useful thing being discussed in this topic. MSFS does not natively support multi-monitor, so to continue this discussion with the focus of “just MSFS” itself is pointless and useless because it does not support it to begin with and therefore has no value!

What part of does not do you guys not understand…

Edit:
How is anyone suppose to defend triples here if users want to limit the debate/argument/topic to MSFS - a game that, again, does not natively support it.

Because the OP is asking about using it for this game and we tried to advise him against it and you come in with brilliant retorts about never experiencing fish eye effect without bothering to mention you aren’t speaking about MSFS anymore.

So what do you call this then…

Far as I recall MSFS2020 does not natively support multi-monitor setups.

Does that not advise against it… because it sure isnt encouraging the OP to do something.
That was the first mention of it and it is amongst the first posts in this topic and yet everyone continues to butcher how bad triples look with MSFS.

So yes, I will defend triples to an extent… but no, I do not recommend them with MSFS until natively supported.

and you come in with brilliant retorts about never experiencing fish eye effect without bothering to mention you aren’t speaking about MSFS anymore.

Well excuse me for assuming that everytime someone fails to point out “MSFS specifically” when they comment how bad triples look and post videos to suppprt it - that I assumed they are talking about triples itself since, again, it is not supported.

Or was it everyone else who assumed I was referring to MSFS when I never said “MSFS” since putting MSFS2020 and Triples in the same sentence about how good it looks would be pointless until officially supported by MSFS/FS2020.

I am suppose to assume something (triples) not natively supported by MSFS is still the focus of this pointless topic.
This should have been marked SOLVED when lacking native support was first mentioned because none of this applies once it is natively supported.

Well if you still want triple monitor then get that super Ultra wide 3x. That should bring you to a whopping nearly 270 degree and equivalent to 6x monitor.

If vertical space an issue for you as well. Get additional 6 more of that monitor and place it in a 3x3 grid. Effectively like connecting 18 monitors in one go.

Bringing you a total of 15,360x4,320 resolution. That’s 15K horizontally and 4k vertically. Surely that should satisfy you.