Not trying to start anything but how can you make a statement that Microsoft seasons aren’t going to be as good? They haven’t even said anything about it. It could be better.

Now I am using Bijan’s tree mod for the correct placement of trees in certain areas, but beyond that, I’m still waiting for proper implementation of seasonal trees from MS. Not to mention having to exit the game and replace folders every time I want to fly in a different season.

We can probably have the best of both worlds if MS implements it properly.

While all true, I try not to let perfect be the enemy of the good. MS may implement the perfect foliage environment - in a year or two. But it’s Sept in 2021 and I rather like flying in fall trees now, so - this is the best solution. And not to mention one of the most responsive devs in the flight sim space- seems fine to me.

And of course value is a personal decision, YMMV, etc.

Totally agreed. For now, and possibly for good, this is a must have.

While all true, I try not to let perfect be the enemy of the good. MS may implement the perfect foliage environment - in a year or two.

I’m a bit skeptical, when i see the history of the Updates in the last year

I would imagine that whatever tools Asobo introduce with their own seasons implementation in a year’s time third party devs like Bijan will be able to add to and improve upon just like now.

It’s not like they will put seasons in and Bijan’s mod will be redundant and he’ll have to quit developing and get another job, no he’ll have a whole new slew of tools, assets and sdk to work with and will then work on improving Asobo’s seasons.

There’s nothing in this sim, be it scenery, aeroplanes, flight physics, weather, traffic or ATC that doesn’t have third party developers working on improving past the stock implementation, that won’t stop in 2022 just because Asobo introduce their own seasons.

Slightly OT, but is there a way to remove trees in the Stock scenery? I think you are the right guy to ask

Because with World Update 6 MS added the Island of Heligoland in the Northsea. And it is covered with trees. In Real Life there are at best very very few
Most are small ones ans bushes

Sure… but I would require it from here to fair to everyone who is in line waiting to get their requests done:
(request list available on the page on simmarket.

New project along my “4 season pack” to further enhance the world we fly in. Requires “4 season pack” to be installed. This project is all about enhancing: Islands - Adding rock islands and enhancing the areas with custom vegetations. Replacing sunken boats with 3d boats in marinas, islands, beaches. (non animated) Adding huts in vacation spots. Removing photogrammetry trees from ships, bridges, parks or any other areas they shouldn’t be. (Removing all photogrammetry trees from cities is no…

I’ll be releasing this tomorrow along with other updates. 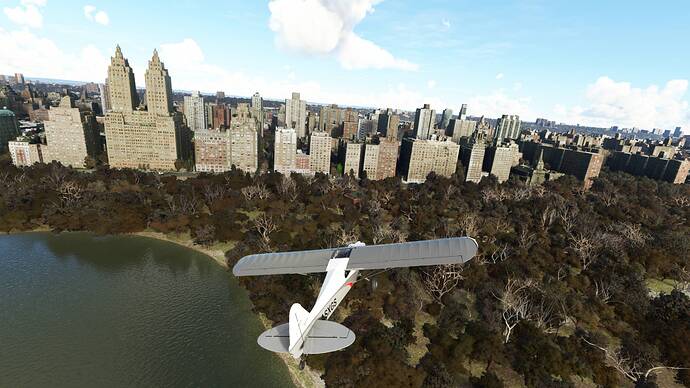 Question for those who bought seasons from marketplace and updated to WU6 today.
Any issues running the sim with seasons?

no problem on my side

Thanks so much for checking.

I´m missing the forest autogen at Frankfurt which seems to be a photogrammetry area now. Haven´t tested if its also without your mod with default vegetation. I´m currently using the latest Summer N Winter S.

All trees are there in Frankfurt. PG and other trees.
Try clearing your rolling cache after WU6. 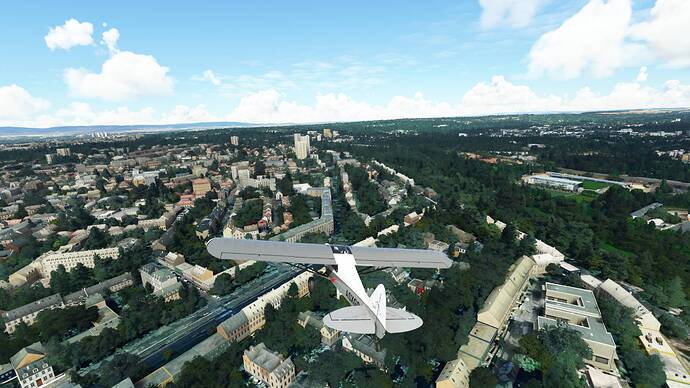 Hi, was wondering if it’s possible to customize tree draw distance in this mod?

I know it sounds strange, but I’d like to reduce tree draw distance to equal the “low” setting for trees, while keeping tree quality at high/medium level (“low” settings makes them shuffle around). I’m flying in VR and find the scenery better looking when trees are not rendered far away.

If possible, what xml files / values should I edit?

You can go to your settings in the sim and set the “Trees” slider to low or medium. That doesn’t effect the quality but only reduce the draw distance of trees.

Seems very intersting addon. What is the impact on performance, if there is any…?

I haven’t seen any at all.

No problem at all. Seasons work like a charme, you get the feeling it is not a mod, but reality.

I just bought the N Fall add-on in the marketplace but the game won’t load with it installed.

Anyone else run into this? As soon as I delete it I can start a flight

Clear your rolling cache and restart the sim. I have confirmed that it works with WU6.
Make sure you only have one season installed in case you have more than one.