Just in case you flew the C172 leg before the fix dropped, that might be a good idea.

This was definitely fixed several months ago. I got credit for my 300 mile flight using the 172 G1000 model. With regards to the My Way Achievment not unlocking, I found a You Tube video showing how they unlocked it. I followed the procedure in the video and was able to unlock it. Search YouTube “MSFS My Way achievement” it should be easy to find. I know I failed several times before I found the video. It’s not so much the route they flew as much as following the process verbatim. I think one of the things that worked for me was I taxied off the runway when I landed and then turned over the controls to my co-pilot to park. Also turn off every assist and when you start your flight do not close the pop-up window that will be there. Just minimize it to get it out of your way. I don’t remember which one it is but it was probably the procedure menu. If you close it, it will change your assists to custom which will prevent the achievement from unlocking.

All those tips, while certainly not bad to repeat for those who did not read the entire thread, I have done and still no dice on the MyWay.
I am pretty sure i did the 300nm trip quite a few month ago…so likely before the fix.
I may give that one final shot

Goodness! Had I known this technique What did you do in MFS today? - #2111 by Zathrus63 I could have finished World Traveler months ago. Works, just added 10 more airports today.

Well ladies and gentlemen I have finally managed to unlock the elusive “Frequent Flyer Miles” Achievement! It only took me 8 attempts and let me tell you during this last one, Murphy’s Law was in full effect. I had previously attempted it with the 747, the stock 787, a moded 787, an experimental A330 and finally today withe the FlyByWire Simulations A320. I know what you’re thinking… But sir the A320 doesn’t have the range…
I used a bit of “SLYCOLOGY” and set the sim for unlimited fuel. So let’s settle this right now that doing so does not stop the Achievement from popping. My flight took 10 hrs and 44 minutes at an altitude of 28000 feet. About 8 hours into my journey I pulled up an external view for a little bit and when I switched back to the flight deck all the buttons on all panels were gone! And there were two people on the flight deck. One pilot and a first officer where there was normally none. Freaked me out!. No matter what I did, I couldn’t get the aircraft back to normal. I was glad that shortly before Top Of Descent the cockpit panels returned to normal. But then the throttles started " Trippin"
My engines rolled back to idle and wouldn’t respond to my throttle movements. The aircraft assumed glide angle of a brick and down I went. I was now about 143 miles from runway 34R in Seattle and I was scared to death that it was gonna end like one of my last attempts. I clicked the auto throttle switch off and clicked on the throttles in the airplane one at a time and managed to get them to respond but this wasn’t until 34 miles out and I was high and fast. I had long since disconnected the autopilot and was hand flying that baby like my life depended on it. I deployed my speedbrakes and was able to slow down to 260 knots . I pitched the nose up a bit and dropped the gear! I know, I know way too fast! I added two notches of flaps and was lining up for on final. All of a sudden in walks the wife wanting to know something or other, immediately I said " please baby give me a few minutes" She walked away and I was ready to land but going too fast and off to the right a bit. I gave it some rudder and slipped it a bit left. I should have went around but I wasn’t sure if the aircraft was going to continue to act up again and I didn’t want to have to start over again so I put that baby down, hit my reversers and manually applied my brakes and slowed that puppy down and “POP” that beautiful sound and the Achievement came into view on the right side of my screen. It felt awesome!

For me the frequent flyer miles achievement didn’t pop after flying it Sim Update V (1.18.13.0) Bug Megathread - #537 by TripsyTipsy
I don’t think I’ll be flying it again any time soon though.Maybe in a few patches or so

Also I think the world traveller achievement is bugged,not counting the airports you land at:

happened to me today… i’ve got free time today to do the LFBD to KSEA milestone… I literally sat in front of my PC while watching netflix on my tablet… short story… i was given ils approach at KSEA… then… CTD… efff… meow! (cursing in cats language)…

I did have 1 CTD too during the flight near approach too.Forgot to mention that in my report …
Used Boeing plane ,but it didn’t have enough power to get past cruise speed 247 or so ,
while 493 is its max cruise speed. I reported mostely on it in the bug megatbread
& here I included pic Sim Update V (1.18.13.0) Bug Megathread - #430 by TripsyTipsy
someone mentioned heat as cause for plane not being able to climb to fullpower & cruise speed. Or OAT;or maybe a cat too 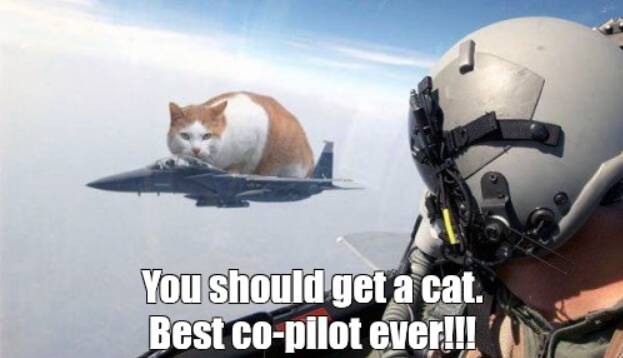 The funniest/most frustrating one of them all is the “My Way” achievement.

NO assists can be turned on… But you can still let the Co-pilot fly the ENTIRE flight, parking spot to parking spot.

Actually, now that I think about it, letting the co-pilot fly is the ONLY way to get this achievement…

I tried to get it by letting AI pilot handle fight from A to Z but didnt get achievement
At least the AI pilot landed the plane with flap & wheels down this time ,but coming to a stop was over the grass onto the other runway

There seems to be a problem with Ai pilot too that i have to switch it on off for it to proceed.If you let it on all the time the next steps are often not triggered.

Ok… i need a dumb down easy way to complete achieve this… only 3 locked achievements and this gives me the most meowww frustation… i’m only on basic version so i do have 747… do i need to select gate to gate and then let AI fly it? or i taxi myself and let AI fly it on SID… AI is known terrible flying at high altitude… If using other basic aircraft… use repair and refuel method? need help… meow!!

So I saw this tip on another page but to get the Frequent Flyer Miles achievement quicker you need to up the SIM Rate. I managed to get this achievement in around 2hrs.

To do this on the Xbox you need a keyboard of some sort, I used the chat pad that attaches to the controller and set the keyboard binding for increasing our decreasing the SIM Rate to “0” and “9”.

Also be sure to set fuel to unlimited as this will not effect the achievement.

Takeoff as normal, set autopilot, climb to your preferred altitude, up the SIM Rate and watch you plane bounce horribly through the air for an hour and a half lol. When you get 100-200nm from Seattle lower the SIM Rate and land the plane.

Don’t use the AI piloting as they have a tendency to crash when you raise the SIM Rate too high. 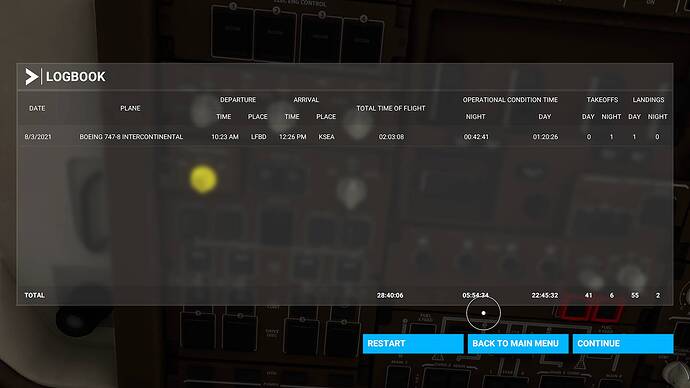 Yeah I used the default VFR direct route cruised at FL420 until I was 100nm out then manually landed. Achievement popped when I touched down.

Also I didn’t set gates for this one, just set departure from LFBD and Arrival at KSEA.

Spoilers!!! I did it thanks a lot from SlowVDub
What i did to achieve it…
Using 747,
Set graphic to Low so my gpu less work,
Set Assistance to True to Life
Bind Sim rate increase and decrease to keyboard (mine 3 buttons on joystick, sim rate, sim rate up and sim rate down)
set departure LFBD to KSEA using vfr direct
Set Weather custom to clear skies
Takeoff manually until cruise level (mine was FL340 less pitching)
Then Turbo sim rate until desired… too fast and the aircraft will pitch up and down too much trying to compensate… try find good altitude…
My Speed was set within tolerance i got 525 TAS higher altitude was slower
Within 60miles stopped simrate or decrease…
Set approach method… then select KSEA to land… upon touchdown , just like everybody says… boom… achievement…
Thanks guy

All that cheating was not necessary to me. I was using the 787 just flew all the way (without any AI or other support) within 10 hours and got the achievement.

I wasted 40 hours before that… 8hours x 5 tries

For me, i map a reverse throttle toggle to my button on my throttle… then just thrust the throttle full to engage reverse thrust… the toggle is like a switch… its buggy on some planes… it engages slowly… but on neo its ok i guess… works also on tbm…