I think to really bring the extra and the cap 10 and other aerobatic aircraft to life they need smoke systems.

That would be awesome to see added in the future!

Errrrrr??? Its FS2020 where is the smoke for the two aerobatic aircraft???

Am I missing something?

They are implementing new node FX particle system, on update all fx, smoke, contrail etc… will be available with the new system, (older one from fsx\p3d will be likely removed)

Hi guys let’s vote for someone to implement smoke mod on the aerobatic aircrafts.
I’m playing here with the extra 300 and it would be even cooler if it smoked. Up!

The development updates stated that new particle effects are in development, including contrails.

All coming in good time I’m sure…

But will those include smoke systems?

Smoke system PLEASE! Already been practicing some simple airshows. Visibility would be much better with smoke.

I’m surprised there isn’t more votes on this

The Bluebirds sure would LOVE show smoke 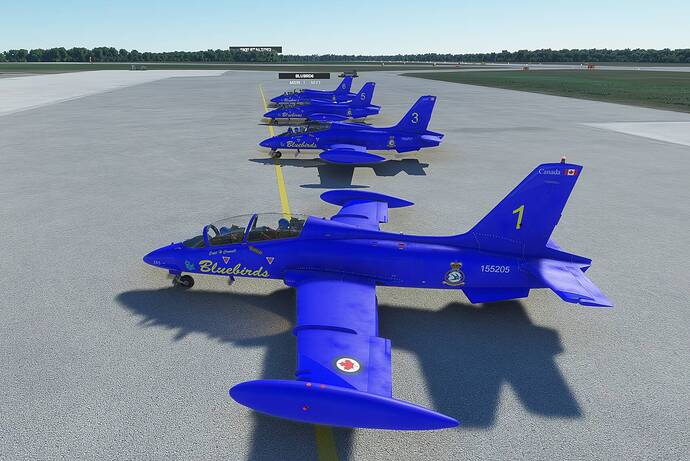 Okay, we have the SU 5 now, we have smoke effects available. Does the Extra now have a workable „smoke on/off“ switch?

Or any aircraft, for that matter?

Well, I cant find anything in the settings.

Yeah the third one , the Pitts

Please make available to developers the ability to have a controller switch assignable to aerobatic smoke on and smoke off. Thanks.

Airshow smoke binding would be phenomenal. For all aircraft, ideally. That way we wouldn’t have to worry about which aircraft have it implemented or not. Aerobatic planes, fighter jets, vintage warbirds… I’d like smoke for everything!

Join us at FS Airshows, we have a custom smoke mod that works in multiplayer for airshow and aerobatic flying; https://www.FSAir.show