I don’t know if the piracy security system is the cause, but for some time I have had a message sometimes at launch which tells me that following an unexpected error, my game license cannot be verified and that I cannot not play online. However everything is OK with the Store and the Xbox Pass, the accounts are indeed the same … and that did not prevent me from continuing … until the problems like all of you since yesterday.

Same happend to me! The sounds is broken, and stuttering, + LOW FPS like 10-15

Feels like all this recent issues is due to when the weather stopped working.

Same here yesterday. It was a sound stuttering slideshow at approach. Today I do not fly. It is just a waste of time. 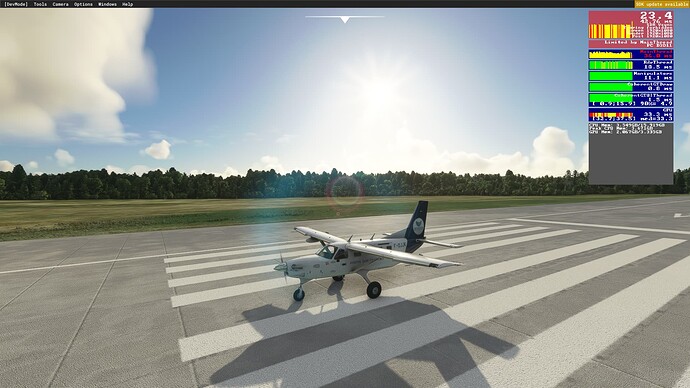 there has been an increase of issues reported recently since the server issues occurred.
Therefore it is reasonable to believe that players where issues started recently are effected by the recent server side issues, which will hopefully be fixed ASAP.

For now, I would recommend switching live weather to one of the presets before starting a flight to mitigate performance issues and CTDs.
Please see the following for further information:

This is a public service announcement based on multiple feedback posts across discord and the forums. For those suffering ctd issues associated with the current live weather outage (and possible black screen issues with the xbox), one work around that seems to be working is to use pre-set weather before launching a flight rather than use live weather. It seems starting a flight with live weather and switching to pre-set is not as effective. For those who want to use this thread to question wh…

True. But even before that there was FPS degradation. An example I posted previously. 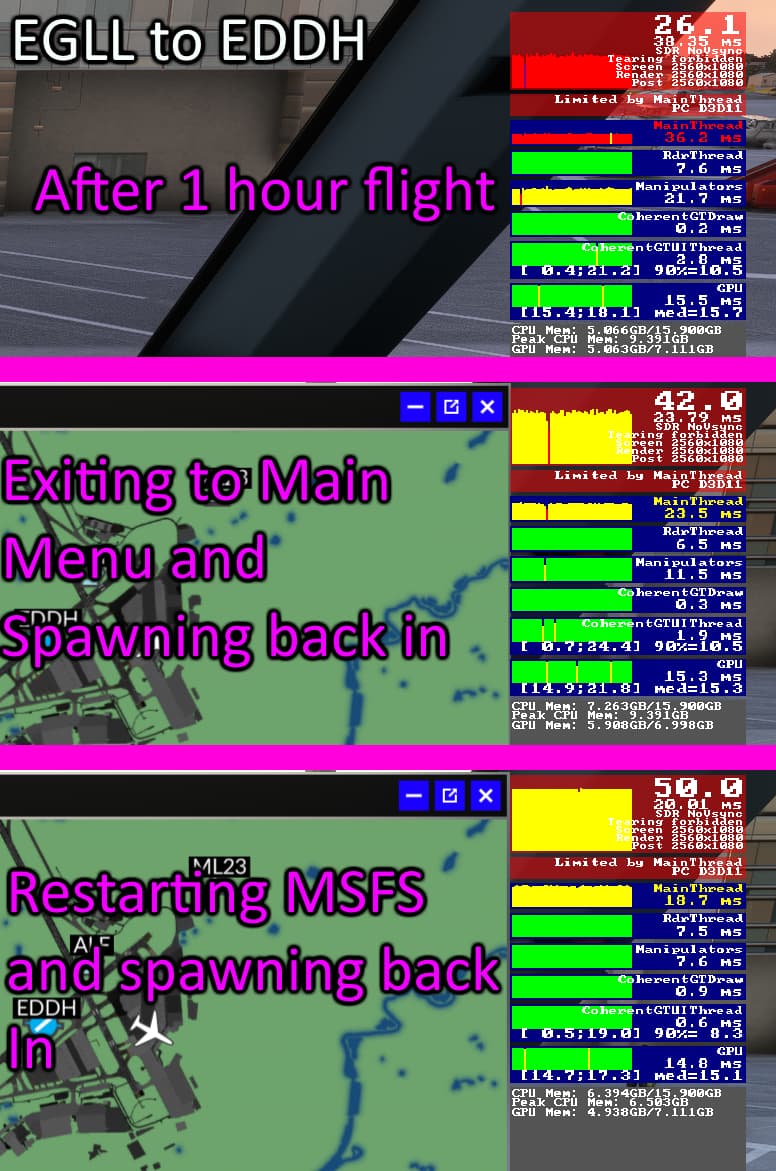 I think what Asobo should do is just shut down the server completely until this is resolved… complete chaos in the skies today!

Yeah, I’m shure that everybody have this random “welcome” message.

where can you see the logs? My MSFS always CTD withour error message

event viewer/windows logs/application/
will show an error with event id 1000.
double-click on the the error and look for the faulting module name

Just an update on my end

After losing my mind with all the stuttering and FPS drops last night, I just had a relatively stable flight from LAX to MIA. As soon as I spawned in at the gate, I X’d out of the VFR map window, and turned live weather off (not like it works anyways).

Around the DFW mark, it dropped to around 20-40 FPS with some audio stutters here and there but it would correct itself and come back a few minutes later and so on and so on; still managed to be playable enough to at least finish the flight.

Hi,
As I was experiencing the fps drop and cracking sound after a 2h30 flight with the PMDG DC6, i noticed that after landing and switching off the engines the fps were back…so I fiddled a bit with levers and knobs and noticed that the battery switch also controlled my fps as in battery off → great fps, battery on → bad fps…not moving…on the ground…and I could turn it on and off at will.This is instant response.
I dont know if it helps tracking donw the source of the problem.
I’ll try the Live Traffic and Live Weather things but…

Did you confirmed that it was fireworks add-on in your case? I admit that I haven’t tested it in long flight but I had no reports like that from beta testers or users.

No, it was only an assumption, because the problems startet at new year. Meanwhile it’s clear that it’s the Live weather server from MS.

I added the buttons for “set pause on” and “set pause off” in the and paused a 3h flight after about 2h overnight and let my computer run. Before pausing I had about 55-60fps on Ultra settings but coming back to the simulator in the morning it was down to 3fps. I also observed the memory of the FlightSimulator.exe and it was about 16GB commited memory when I paused and 40GB committed memory when coming back in the morning.
So to me it looks like something in the simulator is constantly doing something that eventually slows down the simulator up to the point it gets unplayable and this is whether you play actively in a longer flight or pause the simulator for the same amount of time.
Only addons in Community folder I have is the Navigraph Airac Cycle. Navigraph Simlink was turned off by quitting it from the toolbar, although still technically installed I guess.
I used the Kingair for my test as this is the one I fly most.
Computer is a 9900K/32GB/RTX2080

I am experiencing this problem now with live weather and online functionality completely shut off. A few minutes after the launch - massive fps drop which is only recoverable by going back to main menu. When I do that fps immediately go back to their normal levels.

A Positive suggestion, rather than a criticism and complaint :

How about a more Detailed FPS Tool, that gives some profiling of what is taking so long to execute etc etc. The investment in creating such a tool might pay off many fold over the next few years ?

Please, Asobo do NOT MISTAKE this issue with current Live Weather issue. Performance degradation over time was there long before issue with Live Weather had happened. For me, it became major issue after release of Sim Update VI. Check this video: MSFS | Performance Degradation Over Time - YouTube which I took on the start of December.

I was seeing it with live weather both on and off. Massive video and sound stutters when panning views.

Tonight, I had one thread at 100% and the other 15 threads closer to 10%. The game was sending everything to an already maxed out thread leading to massive stutters and a GPU starved of work. The GPU utilization would go way down during stutters, so this is definitely CPU related.