I’m on Xbox and just wanted to say that I have the very same problem. After around 1.5 hrs the fps decreases rapidly and the crackling audio intensifies. When it comes to the actual landing I have the “power point presentation” already mentioned by many users. Changing the photogrammetry setting or deleting the rolling cache doesn’t help. Only after a restart of the sim everything is back to normal, but again only for about 1 hour or so…
I’m sure Asobo is aware of this issue and they will fix it eventually. Fingers crossed

I am facing the exactly same issue guys! the FPS are so unstable in this release. In the same aiport, same conditions, same settings, same hour, etc I have sometimes 25 to 30fps or… 45-50…
I am saying this without moving the camera… maybe you press the restart button and you’ve got a fps increase… This is weird…
I have been playing a lot with the usercfg parameters and I can state I did’t find any root cause of this… even when I change everything to low the sim cannot increase the fps as well…

Facing the same issue. Cannot complete a long-haul flight (7 hrs +) without some serious FPS degradation. Start with 80-100, end up with 20 FPS. 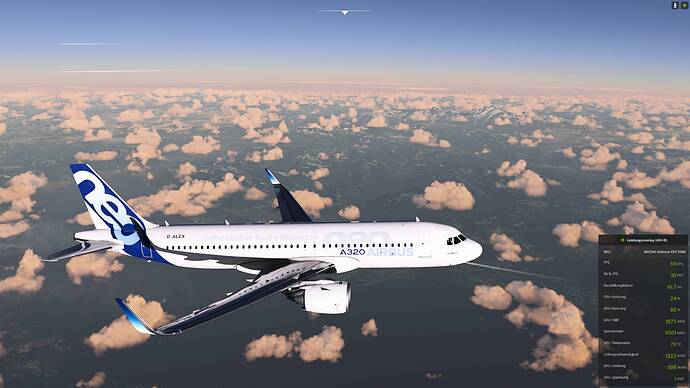 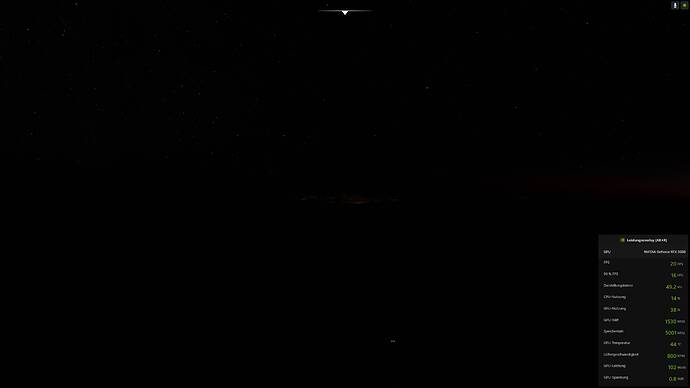 Same issue this evening. Did a flight from KSDF to OMDB. I noticed over the ocean I was getting fps spikes with dips down into the low 30s and they would shoot back up to the 50s randomly. By the time I was approaching Dubai, it became more frequent. By the time I was over the city of Dubia, my fps dropped to 13fps!!! It remained that way until about 2500’ and finally shot back up to 45+fps. The city itself seemed slow to load in and really didn’t pop in until final approach. You could see tiles that were blurry in the area like it was struggling to load… I’ve seen this same behavior with p3d after a 12+ hr flight as well. Lastly, by the time I pulled up to the gate my fps were back in the 60s. 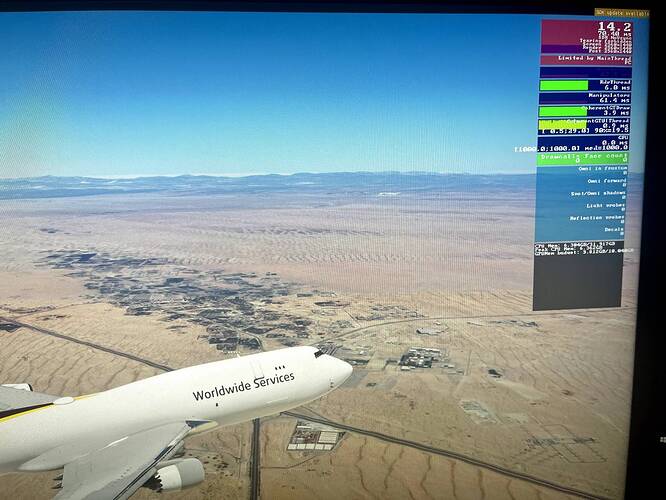 On the ground and FPS have returned to normal 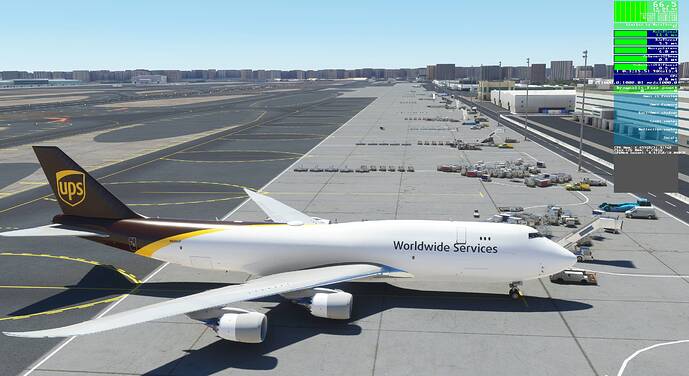 Floating around the city with FPS in the 80s now 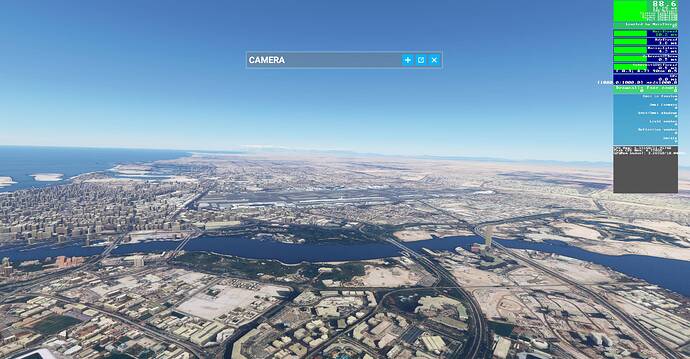 I see you have high times in manipulators, could this bug be back?

I’m seeing random performance spikes, where FPS will drop from 50 to around 10. Manipulators and MainThread will show 80+ms. This will continue for around 10-30 seconds, then FPS suddenly improves. This isn’t always back to full speed, there seems to be an intermediate state (for me it was 25-30 FPS). It will sometimes jump between the 3 states a few times (10-30 seconds each) until finally getting back to normal speed. The switch between these states is sudden and obvious, both in the…

It was the infamous 76T airport that had it the worst. The theory tehn was that it had something to do with air spaces, where they intersect.

It could also be something new. That bug was entirely location specific with hard on/off behavior.

Yes, I remember testing it out. It only occurred at certain locations, typically NW, and SW at the very perhipery of an airspace, typically in a triangle shape. You would get <1FPS when you entered that region.

Hi, I have just experienced similar issues. Good FPS initially and then overtime the FPS drops and CPU/GPU usage reduces…Strange!

I tried to recover by doing the following with no success:

I’m at a loss really.

If you open the resource monitor, how much memory does FS2020 have committed when it gets that slow? There was a memory bug in SU4 where committed memory kept going up after something triggered. (For me it usually started happening while/after flying over densely forested PG Areas). The active memory would stay normal (what is reported in task manager and fps counter) yet somehow the extra committed memory slowed it down further and further. I’ve seen it go up to 51GB committed with my fps tanking below 5.

I could sometimes get it to recover by setting terrain detail to 10 for 10 to 15 minutes (sometimes 30) until committed memory came back down to normal. It didn’t always work, restart to fix it.

It’s the manipulators thread in your case, but what is it manipulating. Something with the terrain I think. I also had the memory bug over open ocean, and also there setting terrain detail to 10 for a while helped it recover. However if your committed memory isn’t ballooning, then it must be something else

rmal (what is reported in task manager and fps counter) yet somehow the extra committed memory slowed it down further and further. I’ve seen it go up to 51GB committed with my fps tanking below 5.

I could sometimes get it to recover by setting terrain detail to 10 for 10 to 15 minutes (sometimes 30) until committed memory came back down to normal. It didn’t always work, restart to fix it.

It’s the manipulators thread in your case, but what is it manipulating. Something with the terrain I think. I also had the memory bug over open ocean, and also there setting terrain detail to 10 for a while helped it recover. However if your committed memory isn’t ballooning, then it must be so

It happens over the open ocean. I’m about to run another test so I will report back.

Same thing here for me…
I was doing a flight about 3h on PC from munich to malaga, running a RTX 3080TI, I7-10700K and 16GB ram.
With my settings beeing optimized ultra i get 50-60 FPS at the beginning constant. with high utilization. Then after 2 hours in flight came back for the approach, it suddenly dropped to 30 then 20 when i was on final 10 FPS. Low utilization. I tried to change all kind of settings didnt help.
I also dont want to restart because somehow sometimes my saved flight files are corrupted or something and cause CTD.

In this state after SU5 it is absolutely frustrating and impossible to fly. Please Please Asobo fix that Asap. Until then i cant return to the sim. I already waited 1 year after release, now its still unenjoyable. Sad.
I only gonna try to delete and limit the rolling cache but if that doesnt work…

Another data point: Just did a 12 hour flight, PHL to DOH. I flew with Live Weather off and got around 100-120 before landing. So Live Weather could be the issue?

I will do another 12 hour flight later today to confirm the above.

Agree weather is the RC, since im using Rex weather force, im not having this issues anymore

Have anyone who has this issue found that the FPS restores to normal once they touchdown and there is weight on wheels?

And what aircraft / mods are you experience these issues with?

Only just seen this post
Currently flying Puerto Rico to Doha. Started at 40fps on departure, over Spain started dipping to 14 on the slide. Regularly happens on long haul and one occasion flying through southern ocean dipped to 3fps before coming up through South America started to increase and on landing at ascension was back to 30fps. All at 4x sim rate. Has been happening for ages no matter update or fix.
32gb ram on a 2060gtx changing graphic settings didn’t solve much except delaying inevitable
Just my two cents

Same. After 2nd hotfix for SU5… after 9hour flight the game reduced to a slide show… literally unplayable. Open a ticket, this MSFS is one problem after another!!!

Try turning Live Weather off. Since turning it off I haven’t been able to replicate the issue.

I’ve been flying with live weather off since SU5, this isn’t the cause.