I think I may have seen some form of this for the first time ever, but it did recover so perhaps not.

I was in cruise, and had been flying for about half an hour, when I noticed the framerate took a hit. No where near 5, but perhaps from locked 60 down to mid 30’s. I was able to land okay, and just as a I cross the threshold, the frame rate completely recovered. I wasn’t very high, maybe 4000ft or so, and about 5 minutes away from the next airport.

Glad im not the only one having this issue just did a 2nd flight 2 nites in a row KORD to KLAX 2 hrs out from 2 hrs flight same thing happened 22-30 fps to 2 fps instant with crackling sounds as well I feel your pain man … Hope they fix this.

I even went from medium down to low end graphics when it started and no change while in flight from the org issue started… I usually just run Med settings for graphics on a 2070 super card… just makes no sense.

I have found that this topic about live weather stops injecting after a certain duration flown might have something to do with severe FPS drops overtime.

I´ll create this as a separate topic this bug is, unfortunately, recurring and other users report it too. While using Live weather during flights longer than 70 minutes, the cloud layers stop being injected into the simulator. The weather and temperature, together with winds continue being injected, however the clouds are not. In all reported cases below the cloud layer was supposed to continue, however, instead, it is cut along a uniform line. It usually stops being injected in the vicinity of…

This always happens to me anytime between 05:00 - 11:00 UTC (overnight here in Eastern US). I would just wake up to find out that the clouds had disappeared completely (although the wind data still appeared to be normal), and my sim had been slowed to single digits (1-5fps) and literally no GPU utilization. Otherwise, I have been able to complete some ultra long-hauls (>14hrs) without issues.

I don’t know if Asobo can look into this - maybe there lies a potential solution to the FPS issue over long-haul flights? I know this is just my own experience and for others the FPS issue might manifest in different ways…but as of now, it is not possible for me to do overnight long-hauls here in Eastern US because of the live weather issue. Very frustrating.

This issue shows very similar findings across everyone experiencing it. After at least above an hour FPS drops with the audio crackling and popping. As we progress the issue gets worse and worse leading to game instability or outright making the game unplayable.
As someone who has almost zero experience in game design I am dumbfounded on what the issue could be after trying everything in this forum post (that began in April 2021)
If Microsoft / Asobo know this is an issue and publish a patch note why do they not inform the community experiencing the issue directly something like “hey we may have found the issue this is what we are proposing to fix it”
I’m sure if they asked for it we all could provide the necessary information for them to pinpoint the issue heck this forum post shows that this issue can be replicated on their systems. What gives why have they not addressed this directly?

You have 64Gb Ram, so do I, I now use a 25Gb RAMdisc for my rolling Cache.
Works great, 25Gb RAMdisc and 20GIB in rolling cache.
See how it works here…

Also check if all CPU Cores are still activated in the Windows configuration. Apparrently one of the regular Windows Updates switched it to only one core which caused heavy stutters in graphics and audio. I struggled one week with MSFS until I found this solution somewhere, didn’t expect that !

How did it do that, and what did you do to undo it?

I assume he mean msconfig… and I also assume windows update never did that , at least never heard that this happend 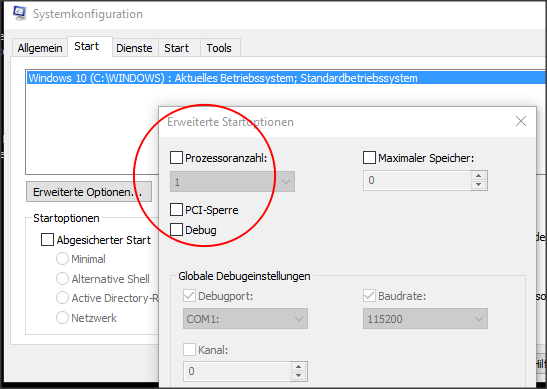 I’ve never had that either, though I am going to check all the same. I think I would have noticed by now if it had.

I thank you for your help and assistance with this issue. I will be trying this proposed solution next week. My frustration is not with the community its with the game devs themselves. We as a community should not be required to use a 3rd party as a fix for this issue. The game developers should address this issue front and center and propose a solution that resolves the issue without players using 3rd party software.

If this proposed fix does work i will update you and i thank you for this possible solution but ultimately this issue should be addressed and patched by the developers themselves.

That’s right, too little RAM is being used. When too much RAM is used, some things are removed in the sim, such as traffic control you no longer hear, only yourself can be heard. planes also suddenly no longer have navigation lights, and what is worse, Aerosoft Simple Traffic aircraft are no longer visible at the gate. I think this is because of the RAM problem. XBOX has reduced the use of RAM. One solution would be to make a setting in MSFS2020 where you can specify how much ram you have installed on your computer, so that usage can be adjusted according to your amount of RAM you have installed. Currently the RAM usage is hard coded.

I have this problem too but it seems fixed if I fly in shared cockpit this is so strange.

This is a known problem with Your Controls. If you fly alone but with the YourControls utility in the Community Folder and without running a server, you get stutters/lag after a while. The fix is to remove the YC folder from the comm folder when flying alone. It makes a great difference.

YC stated that in the last update this problem should have been fixed, yet I still encounter this problem when flying. I guess it’s still not fixed then.

I seem to be getting this on dusk then nighttime. I’ve got ISLC running, did the NDU reg edit, turned off dev mode, turned down pre cache, only have liveries in community folder and it still does it. My CPU mainthread getting a hammering. Another wasted flight. 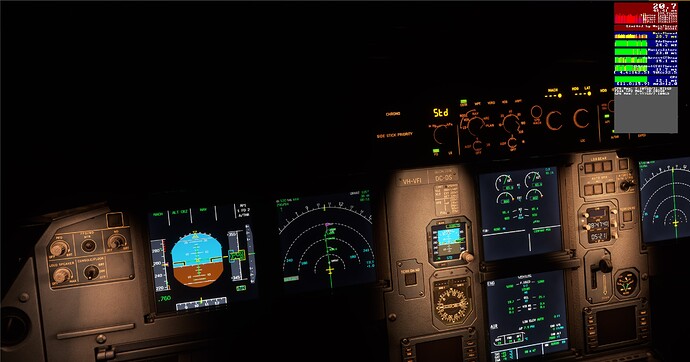 Sorry if this has been posted before, but I had the vfr map on , deleted it and my frames came right back

Now this may be slightly off topic … but maybe it helps to remove one aspect that will otherwise make it harder to detect the real cause(s) of FPS degradation.

A few days ago I switched my rolling cache from SSD to RAM disk. For more details see:

Thank you all for the content of this thread. Especially the pointer to ImDisk. I now also installed the ImDisk RAM drive and the sim really feels snappier … even while I have a fiber connection and an SSD. Since MSFS is not “good” at using available unused RAM (I never have seen MSFS using more than 16 GB RAM … which basically is the same size as my GPU RAM). So on a 64 GB system that leaves at least 32 GB unused. So I installed a 16 GB NTFS ImDisk with a 15 GB rolling cache … in the way des…

… and I did get a more consistent FPS experience.

However, the dramatic FPS drops discussed here must have (a) primary cause(s) which are not rolling cache related.

Just started to notice this issue as well…

From KPDX to KLAS with the PMDG B738

A huge drop during final approach when switching to external view.

I’m a little afraid when I see this topic is 1 year and a half old, with +3k messages…

but I had the vfr map on , deleted it and my frames came right back

I’ve only ever had the v low frame rate glitch once, but when closed the VFR map, the framerate came right back up again.