Am I the "Oldest Flightsimmer"?

Born Seattle, WA, USA, in the late 1930s. Started simming in 1982 and so looking forward to MSFS 40th Anniversary edition, and especially the unveiling of my favorite aircraft, the Douglas DC-3. I feel so blessed to be able to enjoy this wonderful hobby and to be associated with so many wonderful people who make it even more enjoyable!
My rig:
Intel i9-9900K
32 GB DDR4 RAM
2TB NVME SSD, 1TB SSD (just for add-ons)
Win 11, latest version 22H2
nVidia RTX 3080 12GB (just installed last week)
Honeycomb Alpha/Bravo
CH Pro Pedals
HP Reverb G2 VR Headset (the ONLY way to fly!)

On my Dad’s Ercoupe in 1946. Later upgraded to a Beech Bonanza V35B.
Safe flying everyone!!!

Please DO NOT post Sensitive Personal Information - such as your specific Birth Date. Not only is this bad PERSEC (Personal Security) - it will be correlated with the mass of information already out there about you and only helps malicious parties to steal your identity, your finances and other valuables. It’s also against the Code of Conduct. Any SPI posted here will be removed and lead to a thread shutdown. As they say on Hill Street Blues, “Let’s be careful out there.”

84? And clearly a great knowledge of your hobby and the hardware needed to run it!

Love the photo. Life long passion instilled by your father. That is so beautiful and wholesome

My dad got me into computers (ZX80/81, Commodores, Amstrads, Atari ST) and used to be into games back then but he’s not interested in any games except chess now (but he does use a lot of tech for fiddling about with still). And I know a lot more than him about computers now too, but he tries!!

My dad got me into flying and planes in the 50’s and 60’s. Bruce Artwick got me into Flight Sim which got me interested in PC’s.

I love to read about simmers of all ages, whether they’re young children who are getting excited and inspired about aviation or old retired pilots who can’t fly anymore for medical reasons and now indulge their passion via Flight Simulator.

I’m also super excited for the DC-3, which in my opinion is the greatest plane ever built.

See you in the (virtual) skies!

Sorry young man but I have to tell you that I was already on my way to my ninth birthday when you were born in the late 30s.

My Dad used to say it was my birth that triggered the Great Depression of the 1930s!

I was an IBM sales rep in the 1960s selling million dollar “main frames” (the new fangled, transistorised, IBM 1401 series) and received my computer education there, on top of an electrical engineering bachelor’s degree. I still build my own pcs, having about six at the moment, the MSFS model being a well equipped i9 like yours with a recently added RTX 3070-TI and a presentable home cockpit, see pic below … 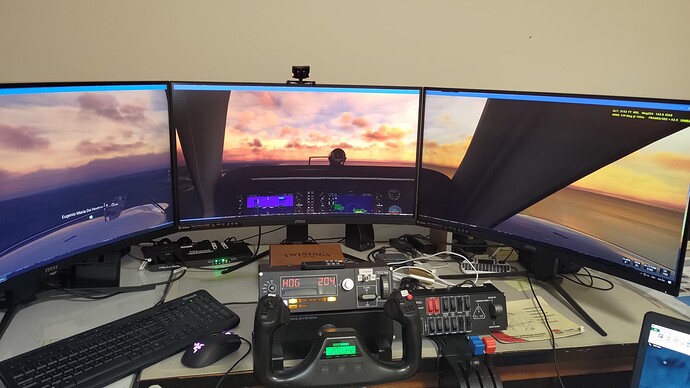 I’m flying the Beech Baron in the Carribean at the moment, and my setup has three 32" curved 4K monitors, TrackIR and a couple of smaller screens for pop-out instruments and Plan-G or LittleNavMap flight planners. Using NVidia Surround virtual screen of 7680 x 1440 60 Hz and near-ultra graphics settings I’m getting 50+ fps on the ground in complex airports and well over 60 in thr air.

I’ve owned and flown every flight simulator I could get my hands on, starting with the Bruce Artwick version on a second-hand Apple 2E about 1982 and then every Microsoft model up to FSX Acceleration. The first one ran from floppy discs (there were no hard discs in thr first IBM PC) and it quickly became a convenient way of testing all the cheap Asian pc clones that appeared in the late 198s and early 1990s for “IBM compatibility”. If one of those clones ran the FS it was probably OK.

The present MSFS is superb in my opinion, but it’s a pity it took two years getting most of the bugs out. Keep up the good work Asobo,and ignore the wingers is my only comment.

It’s nearly birthday time for me, I wonder if a Reverb G2 might be in the gift box?

Nice story and cool setup with the screens. But I think you replied to the wrong person

Sorry about that Barracus, yes I should have addressed it more carefully.

hello from France
like yours, My dad was a pilot and once retired , started to fly with simulator like FSX, and recently with MSFS
unfortunately he passed away few month ago, and told me he had so much fun flying for real, and of course with simulators, he didn’t expect sims would be so close to real life
He was flying on his computer almost until his last days
He got his first licence in the 60’ on a stampe 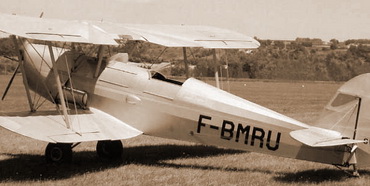 so long dad and RIP

Well you have me beat by a few years but I started simming about the same time whenever Microsoft released a version of Flight Simulator for my Apple IIe. I think that I had every version of MSFS up until FSX. I then switched to X-Plane 10 and then 11 for several years until the release of MSFS 2020. My rig is similar to yours (i9-9900k) although I am still on the 2000 series graphics card (2070 super). My computer is now about 5 years old so I am starting to configure a new build which will have at least a 3000 series graphics card. I am also looking forward to the 40th anniversary edition and, in particular, helicopters and my favourite, the Bell 407. I have recently converted to VR with the HP G2 and I am definitely not going back to 2D. It is certainly a game changer in terms of immersion.
Enjoy!
John.

Nope, I’m in a VFR group with members older than you

So sorry . . . must have been a “senior moment” and I should know better. Won’t happen again. Cheers!

Great to have you in the forums, and thank you for continuing to be a fan of the franchise for so long! Enjoy the DC-3 when it comes out.

Almost 72 here, but feeling much much younger. Been simming forever and still fly recreationally IRL. MSFS is my main hobby, especially making historical airport and other airport youtube videos using MSFS. I think MSFS is extending my life and delaying dimentia - my wife says MSFS has a lot to answer for! Cheers fellow MSFS simmers.

Nice rig! I must say, some in here are breaking the stereotype of “still running Windows 95”.

WOW! I hope i’m still flight simming in my 80s!

My Dad used to say it was my birth that triggered the Great Depression of the 1930s!