Ok, I did a hop from LXGB and flew around the straights for some time. Not a single ship anywhere. There where a bunch of cruisers and leisure boats in the Gibraltar harbour but I assume those are part of the static scenery?

Thanks for the response. Henrik explained to me the difference in his mod thread between lesiure ships and ships/ferries. It seems that the autospawn of leisure boats is controlled by Asobo, and neither yourselves or Henrik can change it? He then showed some sample lines of code for creating routes, which you ‘could’ do but each route has to be manually created, and he said it was more CPU intensive as well so lots of boats on programmed routes would hit performance far harder than spawning?

At the moment, with performance in VR at least still on the limit even with a 3090 I’m happy (but still rather impatient!) to wait for things to develop. Hopefully they will expand the spawn options over time.

Another mod maker, Bijan who does an excellent tree seasons mod has similar issues. He adds lovely cherry and white blossoms to spring scenery, and places them in towns and cities, but keeps them out of forests and wild areas, to ensure it looks realistic. But Asobo counts quarries and clay pits as towns in the code so in spring the Cornwish claypits are beautifully adorned with cherry blossoms in full bloom which is obviously utterly unrealistic, but he can’t do anything other than manually remove, as there is no option to code to remove them just from quarries and clay pits.

It’s just such a vast, sprawling game with so much code, many of it old, that these kind of issues seem unavoidable.

On the topic of the replacing the grey/blue ferry with a large yacht, I’m definitely in favour of that. I don’t know about elsewhere in the world, but that boat looks a little out of place to me in the southwest of England, although I might be wrong, I am in no way an expert on harbour life!

Ok, I experimented some more:

I really like this addon. Keep up the good work. 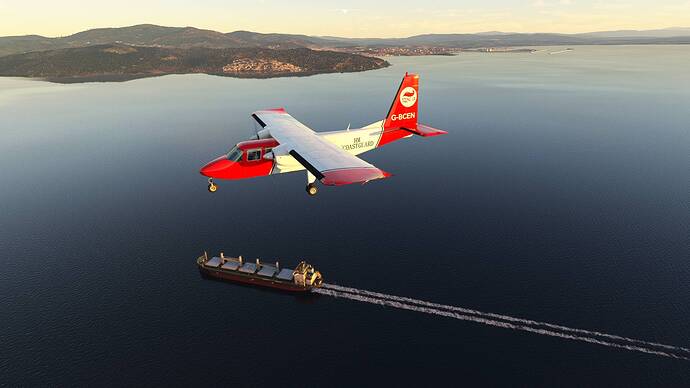 I have a question about your products. I installed the one called “Sightseeing Vessels Core”. I don’t remember the description but I remember it sounded good and it was free so I just wanted to try it out.

It’s still there, in my list of “Other” products in ORBX Central but I uninstalled it to resolve the issue I described above (no visible marine traffic in the sim). Now that the other two products (Enhanced AI and Glocal Shipping) are reinstalled and working; should I reinstall it “Sightseeing Vessels Core”?

What exactly does it do (clicking the “User Guide” or “Support” doesn’t lead to anything useful)?

Arghhh i so want this on xbox!

On a semi related note for any other dev who wants to branch out, herds of static cattle and sheep in fields would be great. They don’t even need to be animated, just something that brings out the realism of the countryside when you look down.

This is A FLYING SIMULATOR.

Ha … couldn’t resist and only having a bit of fun🙂

Seriously though, i’ve been thinking on similar lines and i’m guessing that some enterprising devs will eventually pick up on this. We have a massive planet to populate and a lot of revenue could be generated here for imaginative devs.

How about it Seafront Simulations? You know it makes sense.

I only have the enhanced AI mod and I have the same amount of ships as I had previously on stock, which is not many. Most major coastal areas seem to have 1 or 2, some are completely empty, and occaisonally I’ll get four, two or three yachts and a ferry.

As explained earlier in this thread you really need to have the global shipping mod from Seafront installed if you want the sea becomes alive with ships. Especially the costal areas around the harbors.
I also follow the discussions froms Henriks mod but I don’t react there as it’s a free mod and he doesn’t accept positive comment about another shipmod.

I feel his comments about Seafront are unfair.
I have tried all mods and combinations and only the global shipping from Seafront gives me realistic amounts of ships on the sea.

If you only have Enhanced AI installed you will get better models than the default. Which is great, specially at night.

But it remains dependent on the default traffic.
Even if you turn up the traffic to 100% (small and big) you will not see many large ships around the Channel and North sea.

If you than install Henriks mod GAIST and put the slider for the big ones on 6% it stills remains the same. Almost empty sea at the Channel and North Sea. (Calais, Antwerp, Rotterdam) Nothing changes if you put the slider at 100% as default traffic is also lacking as said above. And yes Henriks mod is working as I see his ships at around Kiel and still a couple ones at the Channel and North Sea. But the sea still remains quite empty and not realistic.

For this reason I plugged the trigger and bought the Seafront global shipping addon to try if this one could finally make a difference. And it did as promised. Now the sea around those big harbors are flooded with ships. It has became very realistic!
And yes there are repetitive ships but I prefer to have a more living sea around big harbors than empty ones.

This won’t say I won’t use Henriks future mod with native ships. As that is a great mod also!
And his current GAIST mod with Seafront global shipping at 100% works fine together. At least I couldn’t see any conflicts at sea

I had to react on this as I have both mods from Seafront installed and I see incorrect assumptions about lacking traffic for global shipping and potential conflicts.

So I don’t follow his comments about Seafront. That’s really not necessary.

They did something else as him. You simply can’t compare both mods as both have other purposes. The difference is clear for me. My sea came alive and I’m happy with that.

I certainly plan to use both mods together once GAIST is up and running again. If there are conflicts at the big ports, I may need to make choices. Right now, I think more is better.

I saw two container ships coming into Kalundborg, Denmark, this morning. That was encouraging. I even flew out to meet the first one. It looked good from 800 feet.

First class product confirmed ! Thank you for the update !!!

Updated the product today and did some flights at Trømso, Narvik, Bergen and Rotterdam to look at the new models. The new models are of the same great quality as before.

The Norwegian coast still misses some traffic in comparison to real live (although the addon brings routes in the area) hoping some more routes will come in future updates.

Great product that adds a lot of life and things to do. 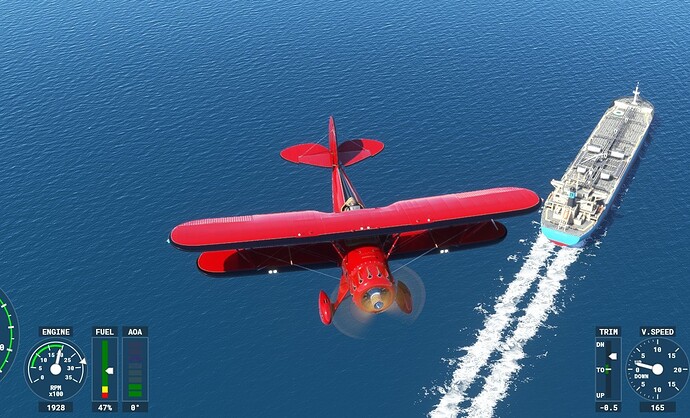 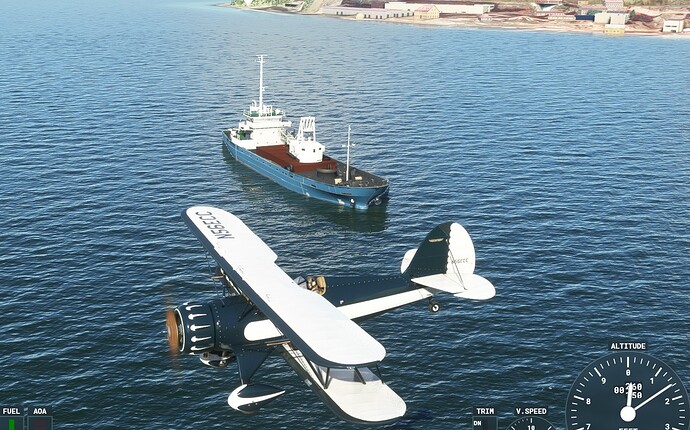 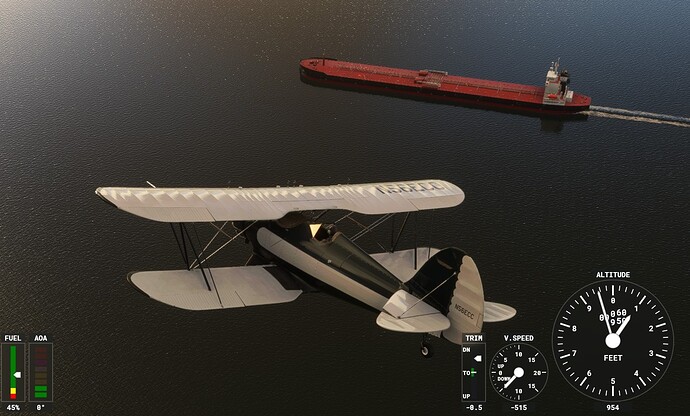 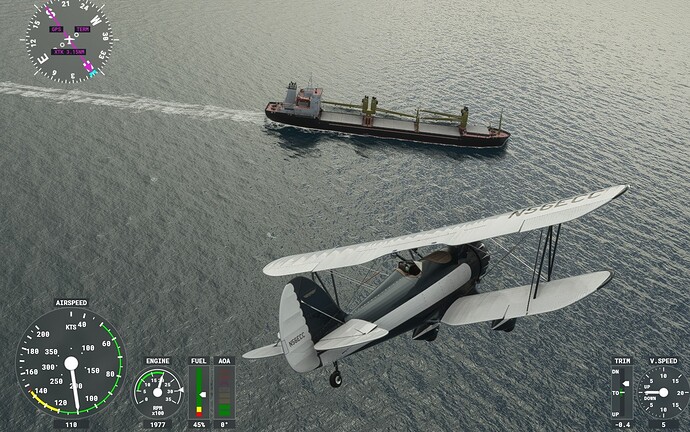 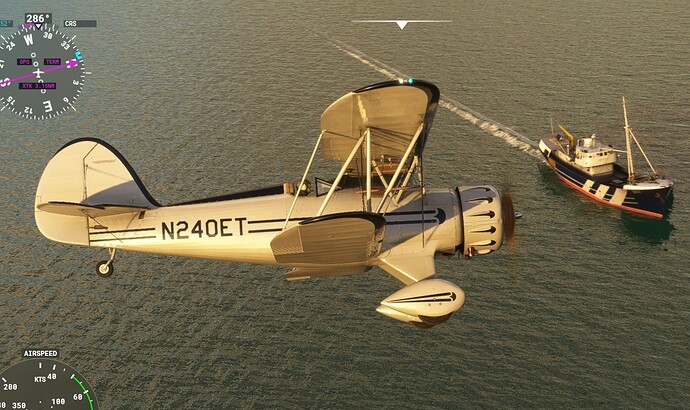 I’m still on the fence as to whether to buy the global shipping, but the enhanced AI is definitely growing on me. I flew from the Scilly Isles back to Exeter today and seeing yachts and a couple of ferries with their wakes really enhances the experience.

With Enhanced AI I haven’t yet seen anything larger than the blue/green ferry, so none of the cargo vessels or cruise ships and I do want to see them. But I did enjoy the variety of Henrik’s boats, although there weren’t as many as I’d like, and I can’t run that mod currently due to the long freezes.

Anyone who has experience of both, do you think the Seafront ones are worth the extra?

So, I bought the shipping mod tonight and it doesn’t seem to do much at all regards where I fly. I flew from Perranporth in Cornwall to Lundy Island in Devon, all coastal, and saw a couple of yachts and a ferry just off the coast at Perranporth, and then nothing at all from then on.

I then loaded up Gibralter and saw two cargo type vessels and the ferry boat. There were two white static cruise ships in port but I think they were there before.

It doesn’t look like this mod really does anything for the areas that I fly around, Devon, Dorset and Cornwall mostly. I’ll probably have more joy with the regional packs. The Southest England pack and a future Southwest would probably do me fine and account for most of my flights.

I’m almost certain it hasn’t installed properly (A couple of people have had that issue for some reason or another). Can you try reinstalling and verifying via orbxcentral then reboot before checking MSFS can see it in Content Manager? When you load into Gibraltar you should have somewhere around 60-70 ships in the local area passing through the strait, although you’ll probably only see 15-20 in range of sight (the two you saw were probably the default). I’m not by my PC currently but I’ll check what you should have in the other areas when I can.

Options->Sim Objects->BOAT->Names and the sim will show you where they are.

@sanscheval Vessels Core underpins our other, main sceneries so if you’re not intending to use St Martin or the Channel Islands you won’t need it. It’s an object library and won’t give you any additional scenery by itself.

So, I bought the shipping mod tonight and it doesn’t seem to do much at all regards where I fly. I flew from Perranporth in Cornwall to Lundy Island in Devon, all coastal, and saw a couple of yachts

Thanks for the feedback. Still unsure on this.

Hi
Sorry if i am hijacking this post, but i have the same problem, I bought your enhanced AI hipspackage and Global shipping, i see one or two tankers and cargo ships but not 15 to twenty!? i flew over gibralter and port said and english channel, i have verified files in orbx central and have sliders in game to 100, i havent seen any yachts or fishing boats or ferries!
Could you please advise, for your info installed into created orbx library not into simulator, i know it has installed as checked in content manager all fine.
The Ships I have seen are absolutely excellent, not many of them, plus no vessels in ports at all.
many thanks
Alex

Hi @Axelc1962 - can you try with it installed into “Simulator” instead of Library please (see @sanscheval 's post above)? It might be worth checking in Developer mode too. Enable to Developer Mode and then in the top menu.

You should definitely be seeing more than one or two.

That said, although we’ve prioritised models for this latest update the next one will increase the traffic on all but the busiest of routes.

Let me know how you get on. You can reach us at contactus@seafrontsims.com.

I live near Cuxhaven and was Global Shipping and Enhanched AI do is really close to what i see where i live. 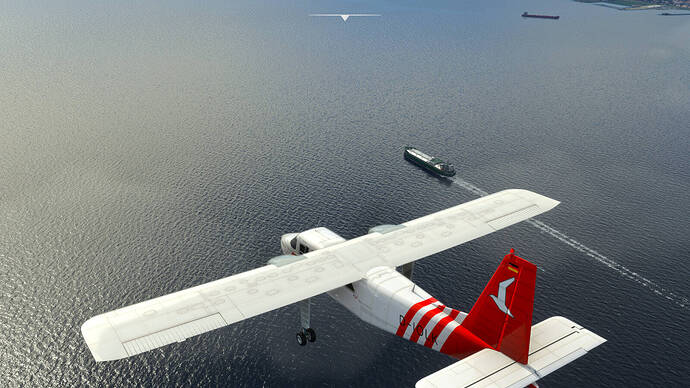 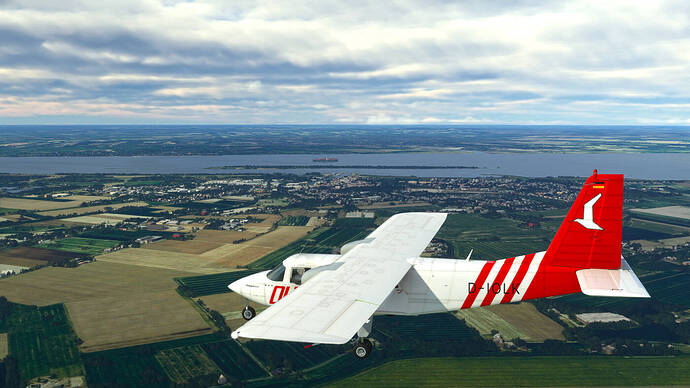 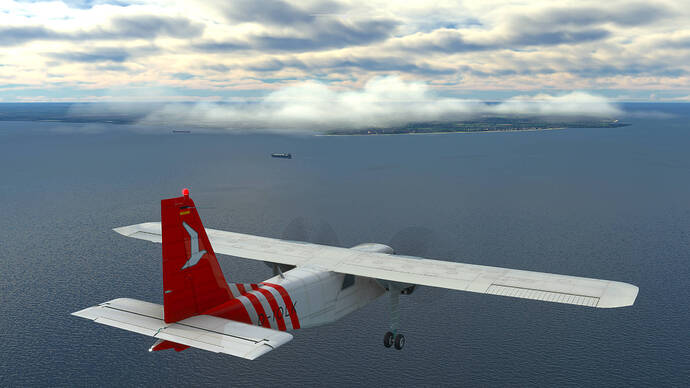 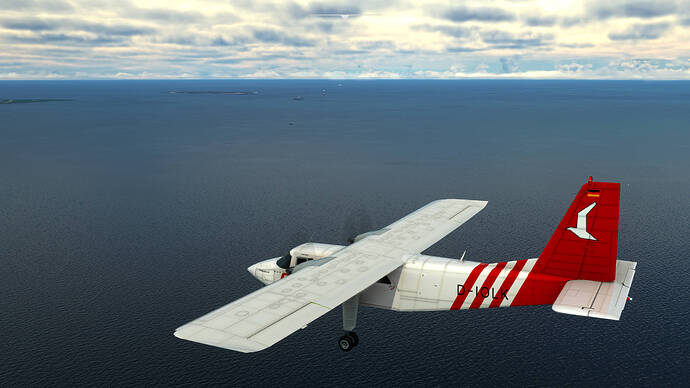