I like the DA40 and was wondering if there were any developers planning a DA42?

I don’t think one has been announced but Alabeo made one, and since the Staggerwing was an Alabeo release originally there’s a decent chance Carenado might make it an MSFS release some day.

One flew over my house today and I wanted, lol.

On the pilot forums, is seems the twin engine airplanes don’t have as much practical appeal given the maintenance costs vs. benefits.

Every time a plane I don’t recognize flies over my house I check flightradar24. That made my start flying the SR-22 more because there are a ton of them around here.

I could tell by the engine sound it was a Diamond for some reason. The DA40 looks similar to the SR22.

I like the DA62 also, but the interior is a bit “much”. Reminds me of a Mercedes Benz trying too hard.

Someone has heard something new about a DA42 please ?

I have a basic homemade simulator

A DA42 pilot I know reasonably well who’s flown the 62 also, assures me they’re identical once you’re off the ground, it may be worth looking at to see how close a match you actually need. Are there different marks of 42/62s?

Thank you for the answer.

The dashboard is different as well. For all procedures it will be perfect to have the same.

I found the DA42 exactly the same but for FSX but same problem, the power table is not than the real plane.

Auto pilot is different as well

Hi there, this may please some of you, my school and my team fly the 42 for multi-engine training and I wanted to get my hands on it before I get there! Currently working on my Commercial Single but Multi is coming up!

Also, I don’t know why people think the DA62 looks the same as the DA42, Diamond used a completely different design but shares the same shape. They differ from the canopy, fuselage shape, engines, and the entire interior.

I’m still very new to development for MSFS but this is a port of the version we’re working on for XP12! 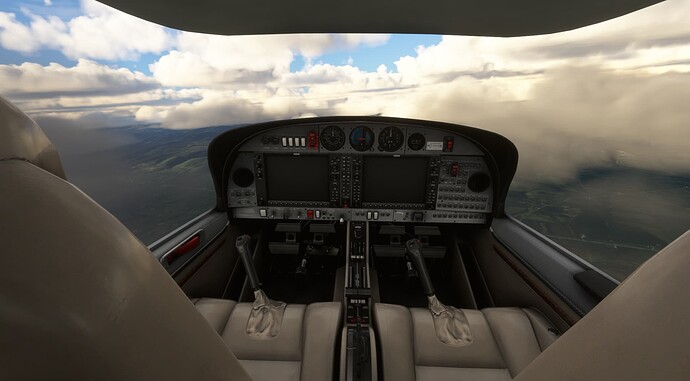 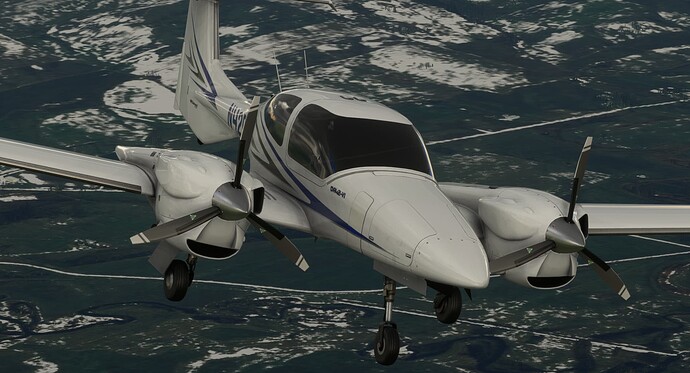 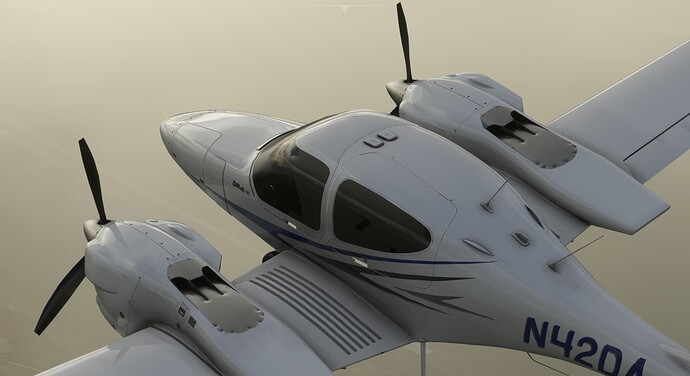 Any chance there is some sort of Discord or other page to follow this project?

It is indeed weird that this wildly popular school plane is not in the sim already. I see them all the time IRL but have never seen a DA62.

Wondering if there has been any update to this since the last post. I’ve been flying the default DA62 and love the speed and size, but I quite dislike the intrusive front pillars for VFR and sightseeing. Would be just perfect to have a canopy design like the DA40 with the speed of the 62.

Hello! It has been a while since I dabbled in MSFS, our X-plane version is almost done, just coding shenanigans for the custom G1000NXI, the 3D is complete.

As for Microsoft Flight Simulator, all I’ve progressed was getting basic animations to work and re-tuning the textures in substance to make it look great in the sim.

Sadly, I don’t know if I can go any further since I’m seriously lost trying to figure out how to create custom animations, draw on panels, code custom systems, make a flight model, and create complex animations. After watching every tutorial on youtube and reading the SDK, I couldn’t find anything out there to learn from. So, My plan is to hopefully find someone one day who’s kind enough to show us the entire process and get us off our feet for this platform. Right now it’s just a silly exterior/interior model with template foundations. 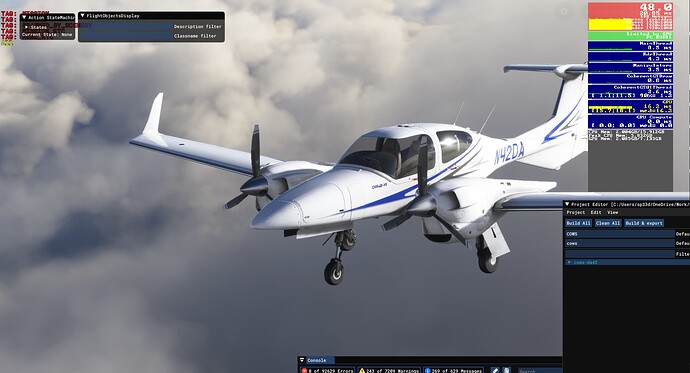 I think the default da-62 is one of the planes that comes quite well documented with the msfs sdk, for systems you probably could go from the default da-62 and for enhanced systems work together with the author of this mod: DA40-NGX Improvement Mod » Microsoft Flight Simulator

it already implements the whole fadec logic and everything he has one for the da-40 and one for the da-62. The g-1000nxi is luckily default in the sim, so a hight fidelity avionics suite would already be in the sim

A little update again, I’ve found my way through the SDK a little bit, still have yet to understand custom templates for XMLs, cockpit interactions, and inputs. Extremely confusing stuff in there. As of now, I’ve been able to get some things working, such as the gear animations, a few clickable cockpit buttons, and getting WT’s G1000 on the panel. I’ve rebuilt the project on the da62 this time so in the near future I’ll have to retune the flight model to fit the da42. In the meantime, it’s still going, at least. Here’s a few shots today.

Oh, and if anyone is interested in helping me out, please do reach out!! I’m struggling still to get this airplane fully tuned up. 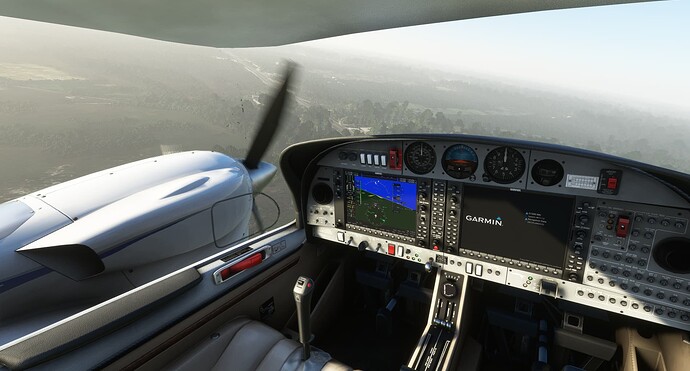 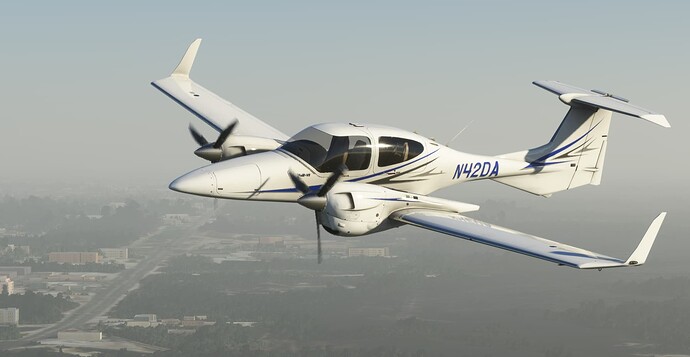 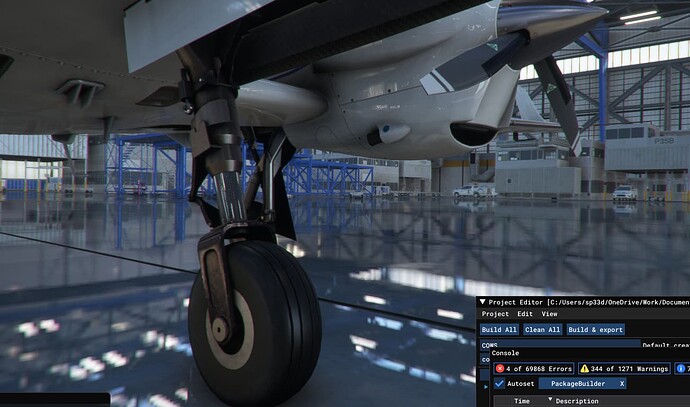 Impressive what one can achieve if they got the skills. I would go for the different engine options as well if I were able to…

Ah yes, model’s already done for the TDI… In X-plane at least. Do plan on porting that over once the Austro version is fully ported to the new platform!

WELCOME TO COWS Hello forum members! In the middle of last year, I've teamed some of the community’s brightest and most ambitious developers together with a shared commitment to provide products that will aid training and simulation opportunities for... 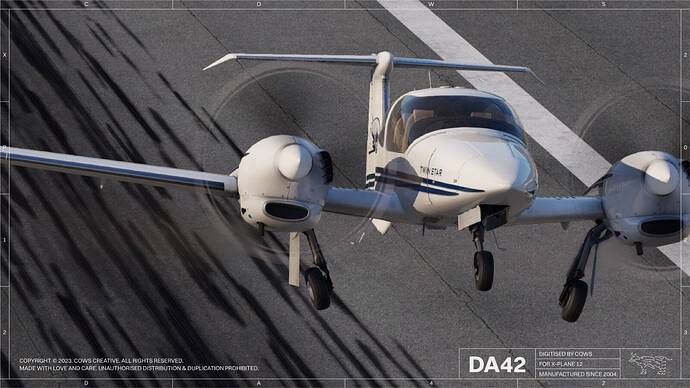 I’m assuming you’re already familar with https://www.fsdeveloper.com/? Plenty of knowledgeable people there to help out with getting to grips with MSFS as a platform.

Very much so! And it’s been helpful so far. Still many areas in the dark though. But we’ll keep pushing