Are some POI/Cities missing after the World Update 5?

What was the issue and the solution? Perhaps you need to share that in your topic so that other people who are experiencing the same problem could find your post and apply the solution. 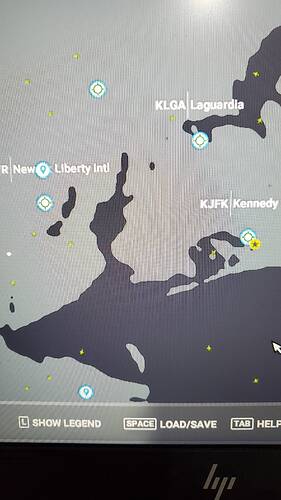 I cant see statue of liberty or empire state building

Okay, well, if you actually start fliying in New York, can you see it?

I can see other USA POI THOUGH

No the POI markers above the buildings are missing

Try to install this mod instead. That should give you the POI that you want.

✓ World Points of Interest - USA is a Microsoft Flight Simulator 2020 mod created by ElectronVolt. Download for free to enhance your experience in MSFS 2020.

Likewise missing many US POI’s including in the NY/Philadelphia are. We should not need any 3rd party app to deal with this.

Deleting/re-installing the US POI’s was ineffective. Where do the relevant files reside so I can delete them then attempt a re-install of the US POI package?

I’ve tried reinstalling the entire game/all content and the POIs are still missing. It’s an issue because I like to spawn directly above NYC/in proximity to them as I’m sure many others do. Obviously not game breaking but it’s definitely something I imagine should be fixed, these are major iconic landmarks that arent on the world map

Maybe Asobo ran out of markers. I mean, they just gave a bunch to the Nordic nations. Look out UK and France! Hold onto your stuff Japan!

I think those POIs are seasonal. They appear once the US world update was released, but as more other World updates are released, they gradually remove the POIs of old WU and focus to show more current world updates.

We should not need any 3rd party app to deal with this.

Well that’s just how it is now, you can get upset all you want demanding something that will never happen, or you do something about it, install a third party POI that I linked above and available, and within 5 minutes you should be good to go to have all the POI restored and then some. It’s up to you to choose of being upset for months and years, or just spend 5 minutes to do something about it, and the problem is solved.

Not upset. But I already bought it — from MS/Asobo.

You believe the Statue of Liberty or the Brooklyn Bridge are seasonal? Really??

Well, I dunno… I don’t really care, I live on the other side of the world. Out of all the 1300 hours I fly in this sim. I think I only fly around New York 30 minutes, and only doing JFK approach once. POI’s aren’t that big of a deal for me, since I disabled POI in the assist settings anyway. Those icon overlay on my screen is an immersion killer.

The Sugarloaf Mountain is now a PoI in Rio de Janeiro, but the Chríst the Redeemer and Metropolitan Cathedral markers have disappeared.

guys is there any fix for this

Have you downloaded the mod I posted above?

You could also look at the author’s other POI mods, that should give you quite a few POIs restored. He has about 20 POI mods that you can install all of them if you want, and you won’t have missing POI problem ever again.

But we dont want 3rd party. We want an asobo fix