So during takeoff of the P-51’s, It suddenly veers violently and uncontrollably to the left and then to the right. Countering with opposite rudder cant fix it. This is with mediocre winds and well below full power.

I will post a link to a video I made of the problem below. 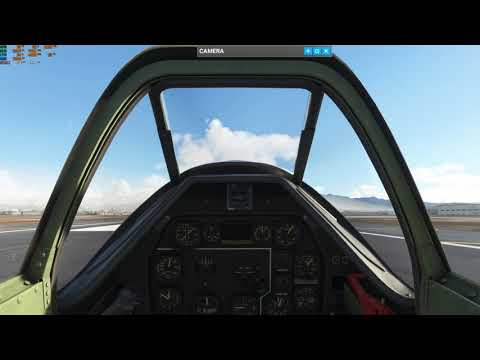 Have you seen this thread?

Bug occurs using Microsoft Store version. Developer mode not enabled. The P-51D ManO’War is completely unflyable for me. Upon reaching takeoff speed, the aircraft’s leftward veering becomes uncorrectable, while simultaneously being too “slow” for takeoff. Trying to force the aircraft into the air with a full pitch-up will only make it flop back down to the surface. Upon miraculously getting airborne, the plane will begin to automatically roll to either side. This rolling motion is not easily c…

I actually had this with two aircraft after the update to GOTY - the T-6G and, to a lesser extent, but still a wild ride in the PC-6. Lifted off the deck at about 45 knots with negligible wind and had its “weight” on a single wheel on the ground and I could neither set it down or lift off until it was up to speed - rolling along on that one wheel, trying hard not to smash it into the deck.

That quoted post mentions veering to the left, but like OP, mine went both ways (although for me it was right first, then left, which may have been a reaction to my attempts at correction with my pedals).

edit: also different to that post - once actually airborne I was okay and got it straight back under control with both aircraft.

Mines the same. If you manage to get airborne, the problem disappears. Just a modelling bug I think but they don’t seem to care?

Update: I fixed all the planes. Looking at the folders of all P51s, the default model has the most megabytes, so I thought it was the base model that manages all the others. The thing improved after I opened all the models in the hangar to make screenshots of all the cockpits. I then tested the L39 before and after opening each model. After that, they are now flying as they should.