Around the world in a DC-6

Departed Boeing Field (KBFI) in Seattle, WA this morning bound for Denver, CO (KDEN) for the first leg of what will be a prolonged around the world tour. My somewhat convoluted route is designed to visit all seven continents along the way. Initially, we will be heading east across the United States, working our way north to cross the Atlantic via Greenland and Iceland. I’m flying a Pan Am liveried DC-6B because even though I’m a United guy, Pan Am was the airline that pioneered international air-travel for the United States and with the exception of Antarctica, it provided service to every continent. 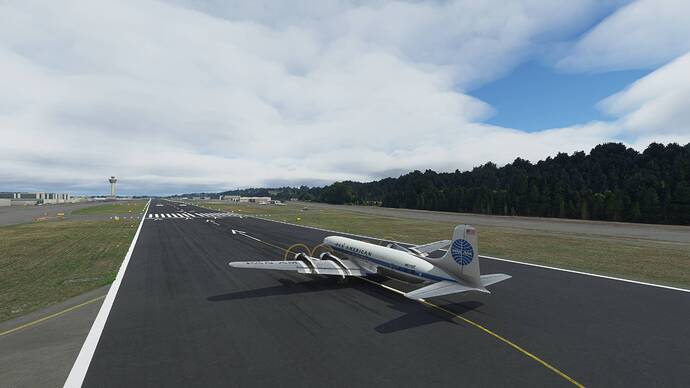 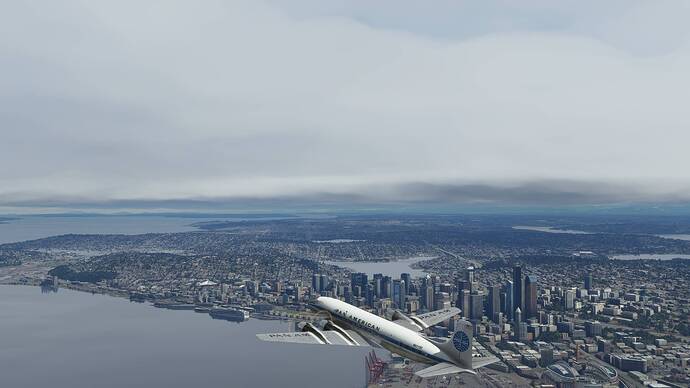 image2560×1440 269 KB
Making a quick loop around Seattle before picking up our IFR clearance and turning back southeast. 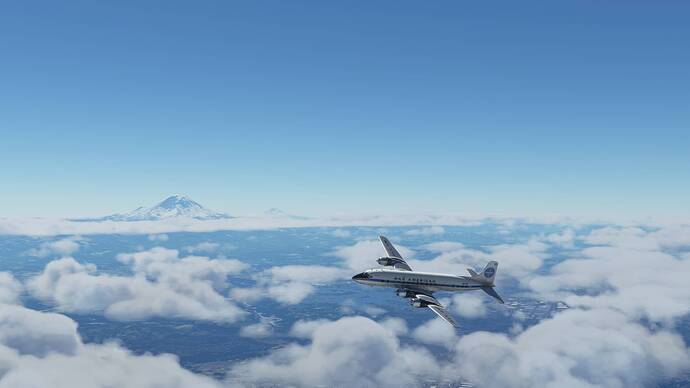 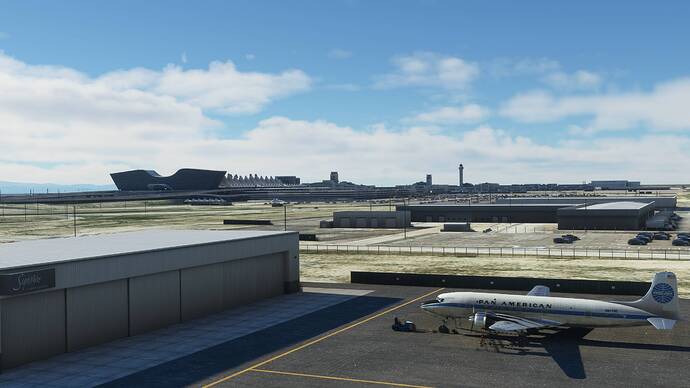 image2560×1440 293 KB
It was a very nice flight for most of the trip. Ran the superchargers on high to climb up to 17000 to clear the Rockies. A bit bumpy with a light rime icing as we were in and out of the tops, but every time I thought about climbing above it, I kept breaking out for a good stretch. Anyway, the engines were humming along and everything was working well until it came time to slow up for the descent. I went to lower the flaps and…nothing. Looking over at the hydraulic pressure gauge pressure was zero, but the hydraulic reservoir was full. Turning on the backup electric pump was sufficient to pressurize the system and since we didn’t appear to be losing fluid, we didn’t have to declare an emergency. Landing was normal once we got pressure back to the system. Anyway, Signature was kind enough to loan us their stands so our flight engineer could take a look. The bad news is that both hydraulic pumps will need to be replaced. Looks like we will be sitting for a bit while we try to get some located and shipped. I’m guessing 10 days before we will be ready to go again.
3 Likes
Neo4316 July 21, 2021, 1:50am #2