What I find “amusing” is when ATIS advises a runway direction that is correct and Air Traffic points you at the opposite end or a different runway entirely.

Now, with FSLTL and more live traffic on the way, I get very often the ATC bug, only hearing my (my copilots) voice and no other radio voice anymore. I suspect AZURE is a bit overwhelmed with handling a real amount of traffic.

Since yesterday, the ATC is totally mute. I can see all the communication messages, but the only speaking sound I hear is “my” replies. Any other radion sound is mute (ATC and other communication with other planes). I don’t have any sound mods installed, not atc mods, the atc is turned on, sound is on. How do you fix this? It became mute by itself just like that.

[Release-Notes-Banner] RELEASE NOTES 1.29.22.0 If you are playing on PC, some packages in your community folder may not have been updated and, as a result, may have an unexpected impact on the title’s performance and behavior. Please move your community package(s) to another folder before relaunching the title if you suffer from stability issues or long loading times. New Features Live traffic has been updated with various quality of life fixes (details below) New memory fragmenta…

One of the “Navigation/Traffic” item that is supposed to be addressed in SU11 points to this thread. Release note was specifying it has been fixed for “live traffic” but it is great if it works for you. Maybe it is only for landing instructions then and applies for both live and user own traffic ?

In my case issue has not been fixed for take off instructions (did not test landing). Using LFAT, setting-up strong wind from 310, ATC always instruct me to use runway 13 where I should be instructed to use runway 31.
So hopefully more users will post there results here, making the distinction between landing and departing instructions.

Edit: issue fixed for LFAT airport, I am using a custom scene and root cause was an incorrect parameter that the developer corrected, after that ATC/ATIS are assigning the correct runway depending on wind direction.

The problem seems to be related to wind speed. When the wind is calm or light and variable the sim ATC seems to have trouble deciding what to do, especially if the direction is predominantly around 90 degrees to the runway heading (assuming a single runway). Hence ATIS announcements like “Runway in use 09 left. Takeoff and landing runway 09 left and 27 right”. In this situation real life ATC will make a decision based on the trending forecast wind direction.

Well in my test, I’ve tried with both calm and strong wind as you said to check if it was related to wind speed. With strong wind, ATC always instruct me to use the same incorrect runway 13 for take off, even if wind is coming from 310 (tail wind).

Just did a flight into Miami. Winds were 240 at 9 and ATC instructing all AC to runway 12. This is using live traffic. It ain’t fixed

Yes there is probably more to it, this is just one situation that I have noticed that pretty much guarantees a wrong runway assignment.

In this situation real life ATC will make a decision based on the trending forecast wind direction.

Actually, when the winds are calm / light and highly variable, ATC will usually choose the “preferred” runway for the airport, usually chosen based on population density around the airport and other factors related to safety (like, which runway has the best options for an engine out on takeoff landing). For instance, KASH tends to choose 32 when given the choice.

One thing I did notice. In SU10 the metar never changed in the vfr map during flight. In SU11 I now see changes. A welcomed change. To be honest I’m not sure how airports change landing runways when the wind direction changes or how fast they make these changes. I wonder how often msfs updates weather.

That is correct. I was just trying to give a simplified explanation. Local conditions are indeed another factor in real life.

This problem now occurs at airports where it was not a problem at SU10.
RJTT rarely had a different landing runway than FR24 at SU10, even with a tailwind, but now it frequently does.
The wind direction at this time was 080°/10kt.
Currently Live Traffic seems to be over-reacting to wind direction information. 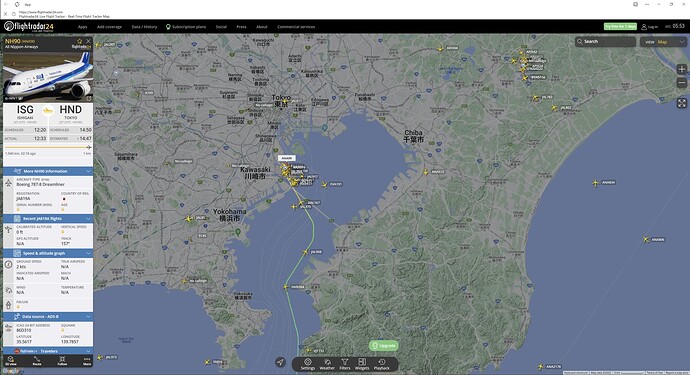 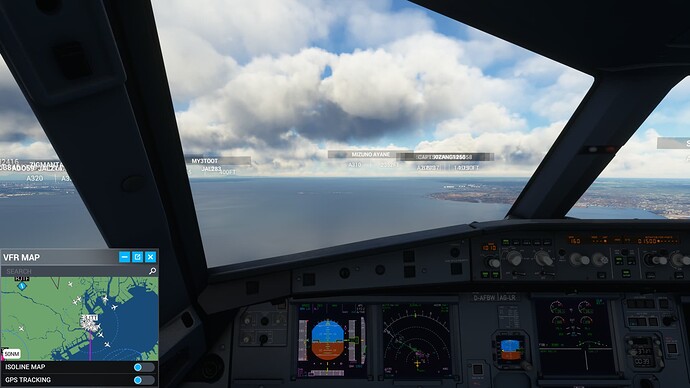 Live Wx and Winds…It aint’t fixed.
If you set winds up manually then it may work as you say, but that is not the fix to the problem.
Just had another flight into GCTS with winds 069@24 and ATC giving landing instructions for RWY25.
The strange thing is that the departure from GCTS with the same winds correctly assigned 07. But because the Logbook error also still is not fixed in between two flights you have to go back to the main menue and then back into the cockpit after every flight.

Yes, it is only partially fixed. With live weather and you have a gate or ramp as the arrival in the Logbook and click Fly Again, the World Map will sometimes show the arrival runway that has a tailwind.

I have found that if I Set As Arrival on the proper runway with a headwind and then Set As Arrival back to the gate or ramp, most of the time the World Map will then show that runway with the headwind for the flight, and for ATC to use when you contact the tower during that flight.

That is also not what most of us would consider fixed.
If I have to set up the arrival runway during the planning stage that is not realistic for flights that exceed the normal TAF and METAR cycles.
You plan based on available information, but work with what nature gives you. Up to and including an alternate airport.
I for one always plan in LNM or Navigraph and then only load the plan airport to airport in MSFS. No runway selection on the arrival at all.

In real Life there are normally different procedures and limits which are based on many factors beyond just wind.
Often it seems it takes one pilot or crew to speak up and request a different runway and often others will then follow suit and also ask for that „better“ runway.
But in congested areas with airports in close proximity you may not be able to simply switch one and not the other and still use IFR arrivals.
Or using the best runway for wind may limit arrival volumes so much that real ATC may stick with the second best option as long as it still allows safe operations within airline SOPs.
But that is too much to ask for from the sim. But not that we do not get 30kt tailwind clearances anymore.